Worcester Warriors are set to battle it out with city neighbours Worcestershire County Cricket Club and Worcester City Football Club for the Rabjohns Trophy at Sapey Golf Club on Monday, June 11.

Fours from Sixways, New Road and St George’s Lane will be competing against each other on the course in support of The Prince’s Trust, the UK’s leading youth charity.


Leading the Warriors will be Chairman Cecil Duckworth while the Pears will be captained by Chairman Percy Price. Dave Boddy, chairman of last year’s winners Worcester City FC, is assessing the competition before he picks his squad.

Ian Smith, Chairman of sponsors Rabjohns Business and Tax Advisers, said: “We are delighted to see this commitment from the county’s major clubs to supporting such a worthy cause as The Prince’s Trust. Not only is the day great fun, it’s also hugely competitive, as you’d expect when professional sportsmen are involved.

“The Warriors and WCCC are both longstanding clients of ours and the opportunity to help them and Worcester City combine sport, competition and fundraising for The Prince’s Trust was irresistible.”

All golfers are welcome to enter a four for the public competition played under Stableford rules at Sapey alongside the professionals. An entry costs £120 per foursome for green fees, a hot meal and a small donation to The Prince’s Trust.

The Prince’s Trust helps young people overcome barriers and get their lives working. Through practical support including training, mentoring and financial assistance, the charity helps 14-30 year olds realise their potential and transform their lives. In Worcestershire alone, it helps 10 young people every week get a better start in life.

Over 20 teams are expected to compete in the Rabjohns Trophy, but a few places are still available to compete against the sporting heroes. Call The Prince’s Trust offices on 01905 27727 for an entry form. 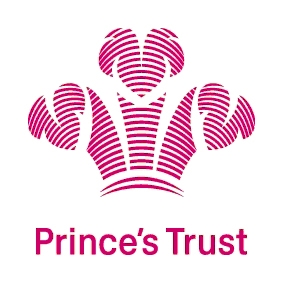