New signing Greg Rawlinson has revealed his switch to Worcester Warriors is a dream move – both on and off the field!

All Black international star Rawlinson has penned a three-year deal at Sixways and is already counting down the days until he tackles the might of the Guinness Premiership next season.


The 28-year-old lock, who has made a massive impact in New Zealand for Super 14 outfit Auckland Blues, insists the time is now right for a new challenge in his career and he has jumped at the chance of helping Warriors and the Ruddock revolution.

Rawlinson admits the moment he spoke to new Director of Rugby Mike Ruddock and heard his vision for the future he was determined to make the move and become the latest member of the Warriors family.

However, the Durban-born forward has revealed his move around the globe will also have an added bonus with the chance to be reunited with his English-based father.

“The chance to play for Warriors and help them realise the potential at the club was a massive attraction,” said Rawlinson.

“I’ve been really impressed by the plans the club has for the future. I’ve many friends in England who have told me about the potential at Warriors and the fanbase they have. I’ve heard about the redevelopment work at Sixways and spoke to Joe Ward, who I know at London Wasps, about what people think of the club, it is clearly one that people believe is moving forward.

“And an added benefit of the move is that my dad lives in England, he has done so for the last few years. This is a chance to also see more of him and also the many South African friends I have in England.”
Rawlinson, nicknamed Dolph because of his likeness to Swedish actor Dolph Lundgren, was born in South Africa and moved to New Zealand in 2002.

The 18 stone and 6ft 7in second rower has rejected overtures from the Springboks to remain in All Black contention and was eventually rewarded with a call-up to face Ireland in June 2006. It meant he became only the second ever South African-born All Black, the other being Andrew Mehrtens who was also born in Durban.

Warriors boss Ruddock believes Rawlinson’s determination to succeed and style of play will now perfectly compliment the brand of rugby that he wants Warriors to play next season in the Guinness Premiership.

And Rawlinson, who qualifies as a non-overseas player via his South African passport and Kolpak regulations, is convinced he can add a new dimension to the Warriors as he takes his first bite at the English game.

“Playing in England will be quite different -the weather conditions could take some getting used to,” joked Rawlinson, who recently appeared for Blues in this year’s Super 14 semi-final with Sharks.

“But in all seriousness, I have seen Premiership action before and know the calibre of players that compete in this competition. However, I believe I have the game to be able to perform and also think the experience will benefit me and help me grow as a rugby player.

“Warriors supporters will see I am the kind of player who likes to get his hands on the ball. I consider myself somebody who works hard for the team. I’ve always had a strong work ethic. Lineouts are also an area that I have really learnt a lot about in New Zealand, the set piece will always be a priority to me.”

The giant lock admits the experience of playing for a Jonah Lomu XV before a 42,100 crowd at Twickenham left a lasting impression on him.

But now he is eager to join up with his new team-mates at Sixways and make an even bigger impact wearing the gold and blue of Warriors.

“I’m really looking forward to the whole experience,” said Rawlinson. “I actually know some of the guys having played with Aleki Lutui at Bay of Plenty, I know what a big player he is, and also having had a spell with Tevita Taumoepeau.

“I know the quality of players I will be joining and it’s also great that I’m coming over with Sam Tuitupou. Sammy and I are both excited about our next challenge.

“The chance to work with Mike (Ruddock) is also a big draw, I’ve heard so much about him, his style of play and what he has achieved in the game. Having spoken to him I know we share a lot of common beliefs about how the game should be played. I know that if we can get some consistency and sustain performances we can have an impact on the top division.

“This is a big step down the rugby road for me and I’m looking forward to a bright future and success with the Warriors.” 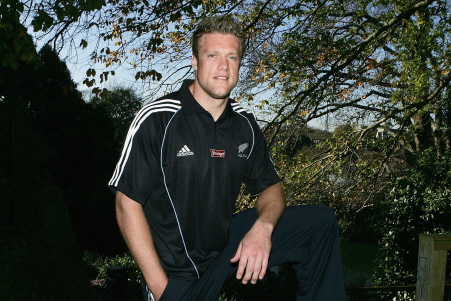