The wing sensation, who has scored ten tries in 18 caps for the All Blacks, has become the biggest signing in the club’s history after agreeing a three-year deal that will keep him at Sixways until the end of the 2009/2010 season.


Gear is widely regarded as one of the most exciting and clinical wingers on the planet in both domestic and international rugby with the ability to both create and score tries. His talents were underlined last season when he finished the 2006 Rebel Sport Super 14 campaign as Canterbury Crusaders’ top try scorer.

The explosive and exciting 29-year-old has previously enjoyed spells with Poverty Bay, Auckland, Bay of Plenty and North Harbour, and played Super 12 rugby for the Auckland Blues and Highlanders.

Electric wing Gear has also excelled on the international stage since making his All Blacks debut in July 2004 against the Pacific Islanders, where he scored a try. He won a Commonwealth Games gold medal when he was part of the New Zealand Sevens side and also has World Cup Sevens medals. Gear also played in numerous matches against the British and Irish Lions in their 2005 tour of New Zealand and scored his first All Blacks hat-trick against Wales at the Millennium Stadium in 2005.

“It’s been a major goal of ours to recruit as strongly as possible during the off season for a numbers of reasons,” said Director of Rugby Mike Ruddock.

“We wanted to make a statement about our ambition as a club and about the future of Worcester Warriors that we believe will be a very positive one. And because we want to try and play an exciting brand of rugby that encourages players to express themselves and creates interest amongst our supporters,

“I believe in the signing of Rico we’ve certainly achieved both those factors and we’re hoping that such a quality player will act as a catalyst for a progressive brand of rugby.

“Rico is one of the best finishers in the game and he has got the pace to finish off any chances that we are looking to create for him.”

And the wing wonder admitted he was looking forward to his new challenge in the Guinness Premiership and to be joining a club with ambitions that matched his own.

“This is a new chapter in my life and I’m really looking forward to moving to the UK and playing in the Guinness Premiership for Worcester Warriors,” said Gear. 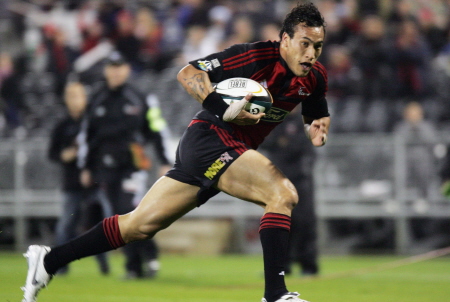 Platinum Hospitality sold out for An Evening of Queen