Warriors are long-term supporters of Acorns. Chairman Cecil Duckworth is one of the original benefactors of the city hospice based on Bath Road in Worcester and Acorns is one of the club’s four chosen charities.


Players visited the Worcester children’s hospice in March for a touching insight into the work of Acorns with life-limited children and their families and after returning to Sixways approached senior management to ask if more could be done to raise funds for the charity. The club has now produced the new orange shirt and hope supporters will support the kit that will generate both awareness and vital funds for Acorns.

First team players from Sixways helped kick-start the new kit by posing in the new Acorns charity shirt alongside some of the children and families who use the hospice in Worcester and its many ‘lifeline’ services.

To highlight their passionate commitment to Acorns the Warriors will also take to the pitch in orange exactly a month today on August 18 for the Middlesex Sevens at Twickenham when they face European champions London Wasps and neighbours Gloucester.

And Mike Ruddock’s team will also proudly wear the orange kit for every pre-match warm-up this season to show their support for Acorns.

Mike Ruddock, Warriors Director of Rugby, said: “The players were very keen to do even more to help the children and families who use Acorns and are now delighted that they can wear orange with real pride to show their support.

“Acorns is a great facility and something to be proud of within our community. Families from across the Three Counties and Warwickshire use the hospice, and it gives tremendous support to families who would face a much tougher time coping without it.

“We hope the publicity generated by the Warriors playing in such a striking orange kit at the Middlesex Sevens will raise awareness of the work of Acorns. Funds from the sales will also contribute to the charity’s vital work.”

Chairman Cecil Duckworth added: “I am delighted that we are taking this initiative and are supporting Acorns.

“As most people know I have been heavily involved with Acorns and, of course, it is one thing creating the building but it is exceptionally costly to run and although we got some Government help it is fairly limited.

“The operation is very much dependent on the local community and the Warriors are very happy to assist in this process.”

The new orange first team shirt is available now in the Sixways Store and online at http://www.wrfc.co.uk/ as part of Warriors’ backing to Acorns.

David Strudley, Acorns Chief Executive, said: “Acorns is extremely grateful to the Worcester Warriors for this amazing opportunity. To have a specially made Warriors-Acorns kit is something we’re all very proud of and tremendously excited about.

“We are also delighted that some of the local children and their families who use Acorns have been given the opportunity to help model the kit for publicity purposes. This is a very proud day for Acorns and also a day of exciting expectation for what lies ahead as the Warriors-Acorns kit becomes familiar not just in and around Worcestershire but across the whole of the Warriors’ supporter network.

Fran Winterbourn, Three Counties Fundraising Manager for Acorns, said: “The Warriors-Acorns kit will help tremendously with our overall awareness in the region but we hope it will also be a great source of income to support the important work we do.

“Acorns services really help make a difference to the lives of local people who face challenging situations, but all of our important services are totally free of charge so the need for fundraising is constant, especially if we are to reach more families who could really benefit from Acorns support.”

Each sale of the striking orange playing shirt – which features the Acorns logo, is sponsored by npower and manufactured by official kit suppliers Kukri – will generate a £5 donation to the charity. 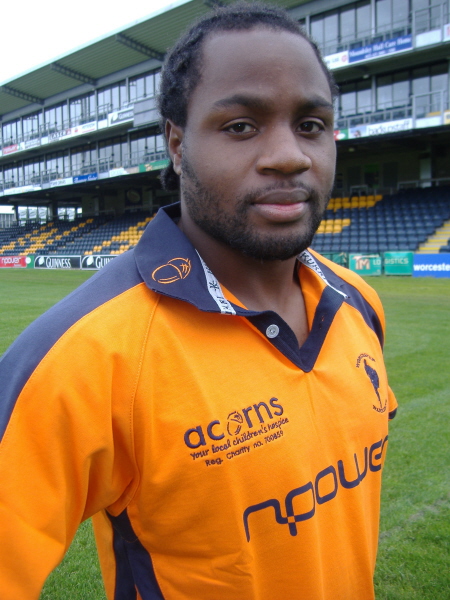