The 27-year-old back, who has made 16 appearances for his country, has moved from Harlequins on a two-year deal that will keep him at Sixways Stadium until at least 2010.


South African-born Luscombe, who is equally comfortable at centre or wing, made his Wales senior debut coming on as a replacement against Scotland in a pre-2003 Rugby World Cup international.

Luscombe will once again work with Mike Ruddock and Clive Griffiths as he was part of the Grand Slam winning side of 2005, starting on the wing in the opening day victory over England. He was also a regular during the 2006 RBS Six Nations, scoring his second international try in the match against France at the Millennium Stadium that concluded Wales’s 2005-2006 championship and gave France the title.

Luscombe joined Quins in the summer of 2006 from Welsh provincial side Newport Gwent Dragons. He scored against Warriors in the Guinness Premiership defeat at The Stoop in February.

Director of Rugby Ruddock said he was delighted to once again get the chance to work with Luscombe.

“I believe that Hal will further strengthen our squad as we move into some exciting times for Warriors. He will add immense value to the team through his international qualities and ability to play at both outside centre and wing,” he said.

“I have worked previously with Hal at the Newport Gwent Dragons and he was also a member of the 2005 Grand Slam winning Wales squad featuring in a number of big games for us. He is big and strong with great awareness in attack and defence.

“It has become obvious this season that we have struggled to cover the 13 spot, particularly during a spell when Dale Rasmussen had an ongoing foot injury. Dale had to miss training during the week then go out on Saturday to play. For that reason alone we needed to invest in extra cover, however, given the quality of Hal and the quality of Dale we now have a very competitive situation at 13 which should only enhance the team going forward.

“Hal is an excellent professional, both on and off the field, and being South Africa born shares many of the values that you find with Thinus Delport and which I am sure will make him popular with Warriors fans.”

Hal Luscombe admitted he was looking forward to the move to Warriors and the chance to team up with his former coaches.

“I’m keen to get started with Warriors and work with Mike and Clive again. The club is really on the up and they have some quality players that I look forward to playing alongside,” he said.

“There is massive ambition at Worcester and it will be really exciting to be a part of that, I’m looking ahead to the challenge and being a big player at the club. They have a great mix of youth and experience and in the last few weeks have got the results against top four sides that show the true potential at Warriors.

“The style they want to play is also a big attraction. They want to play open and attacking rugby and I believe my game will flourish in that surrounding. The move will also put me closer to my family in Wales and my daughter who has just started school. That was a key part of my decision making too, I know I am joining a family orientated club where we will be welcomed.

“I have enjoyed my time at Quins massively, I have made some great friends and plan to go out with a real bang this season and finish as high as possible before starting the next chapter in my career.” 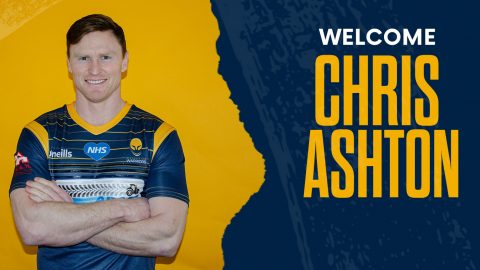 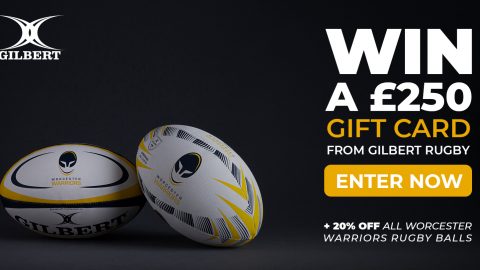