Star-studded Australia picked a side crammed full of Super 14 experience for the Pool C decider with England.


But a sensational try two minutes from time by Benjamin – to add to his earlier effort and take his total to five tries in four international appearances this season – stunned the mighty Australians.

England now face South Africa in the semi-finals at the Arms Park in Cardiff on Wednesday (7.15pm), with the winners playing New Zealand or Wales in Sunday’s final at Swansea.

“It was a brilliant result, everything we’ve been working towards for the past six months,” said Benjamin, who was joined by Worcester team-mate Matt Cox who was named among the replacements.

“It was definitely a challenging game but we’ve never stopped believing in ourselves as a group.

“There are no superstars in the team. We work hard for each other which you saw with 10 minutes to go. We kept grinding and we got the result.

“We’ve worked very hard, we went into this game really confident and we believe we can go all the way.”

Newcastle Falcons’ Alex Tait and Jodan Turner-Hall from Harlequins forced the charge down that gave Benjamin the chance to strike two minutes from time and Tait was full of praise for the Worcester hero.

“We wanted to kick, we’d been chasing well, to play territory and force mistakes and eventually that led to the try,” he said.

“A couple of times they had looked shaky and we got in his face and charged him down.

“Miles Benjamin was a threat all day, posed them loads of problems and he’s an awesome finisher.

“Everyone put in a massive performance, the forwards got good ball to the backs and that was just what we needed.” 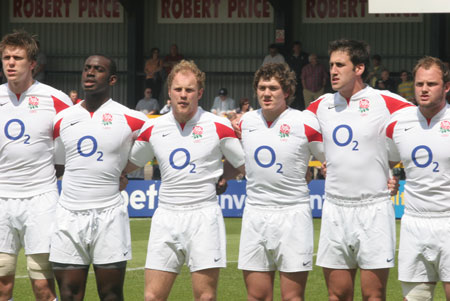