Worcester Warriors turned up the heat in training and put in a sizzling display – after a unique session with the Hereford & Worcester Fire and Rescue Service in Malvern.

The first team players and coaching staff from Sixways Stadium travelled to Malvern Fire Station and Malvern Link common for a real training session with a difference as they were put through their paces by the local fire-fighters. 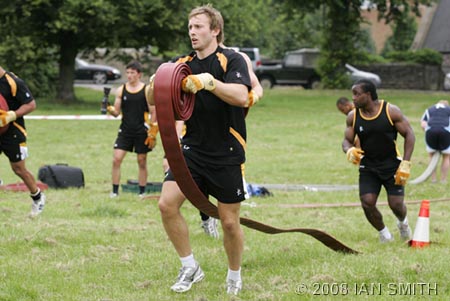 Warriors took part in three different scenarios as they firstly tackled a rural fire which saw the players having to hit targets with hoses and run to different locations whilst carrying heavy fire-fighting gear.

The team also tackled a building fire involving a ‘casualty’ in a smoke room and a road traffic collision rescue which saw them pull a car up a steep bank on the local common – much to the surprise of local passersby. 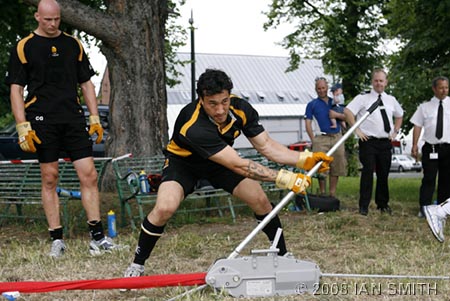 Director of Rugby Mike Ruddock was delighted with the session and said: “Pre-season training has been going really well, the attitude has been first rate and we saw that again with the players really responding to the new challenges set by the fire service.

“The session was the idea of Keir Hansen, our Strength & Conditioning Co-ordinator at Warriors, and it gave us the chance to give the players a new environment away from Sixways Stadium to train and put in a really hard effort. 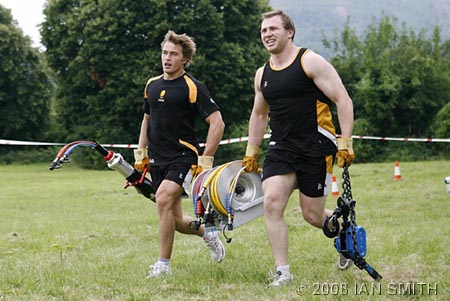 “Hereford & Worcester Fire and Rescue Service put on a fantastic session for the players and we were delighted with the link-up and would hope to repeat this again in the future.” 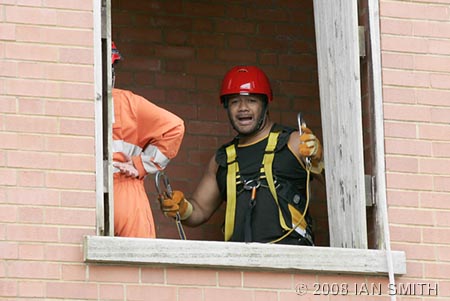 Pat Sanderson, Warriors skipper, said: “It was hard work but the boys really took a lot out of the sessions and really enjoyed getting to grips with some of the tasks that the fire service do on a regular basis. 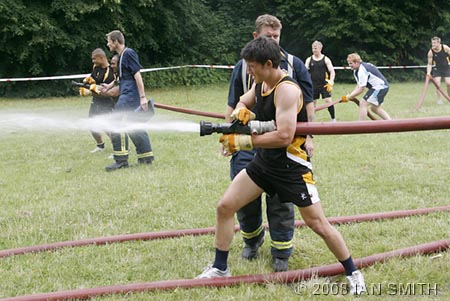 “Hereford & Worcester Fire and Rescue Service are real Warriors on a daily basis and all the players now fully appreciate the wonderful job they do for this region.” 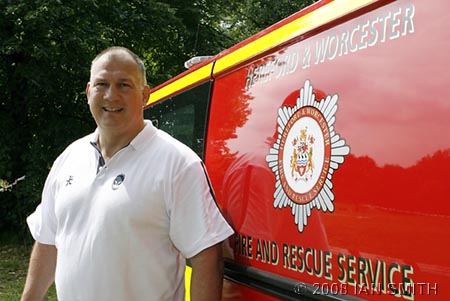 Warriors DiSE teams back with a bang