New signing sensation Chris Latham insists his very first game for Worcester Warriors will be one of the highlights of his glittering career – and admits he already feels right at home in his new Sixways surroundings.

Australian international Latham and his family jetted into the UK for a new life at the weekend and he was put through his paces in training at Sixways Stadium for the very first time on Wednesday morning.


Latham admits the move to Warriors was one of the biggest decisions of his rugby career after glorious playing days at Queensland Reds over the last decade where he was a cult hero to an army of fans.

But the determined 32-year-old has already been won over by the enthusiasm of his new team-mates, the changing face of Sixways Stadium and buzz of excitement already building ahead of the Guinness Premiership campaign.

“I spoke to Mike Ruddock about coming here at length and we spoke about the vision for the future at Warriors – now I am here I can fully appreciate where this club wants to be,” said Latham.

“The development that is going on here is so impressive, with the new pitch and the stand going in and the direction in which the club is heading it means it’s all very exciting.

“Sixways Stadium has actually got a very similar feeling to Ballymore in that the crowd feels as though it is going to be on top of you, so you’re going to be up close and personal with them.

“I’ve had my first training session with the boys and was really impressed by what I saw, we have a lot of talent here and a number of young guys who really look the part and are keen to play some first team rugby.

“I’m not denying it was a massive decision to come here – it took a while to sink in. It was very difficult to leave the Reds. It was my home and it matured me into a man.

“But this is a new start and the transition here has gone smoothly. The family is extremely happy with the town itself and what it has to offer, that is crucial to me.

“I have had many highlights in my career, playing my first game for Queensland, my first Test for Australia. But pulling on the Warriors jersey for the first time will be right up there – I simply can’t wait to get started for this club.

“I have seen a few Guinness Premiership matches and look forward to being part of such a strong league with so many great players, now I want to make my mark and show what I am about as a player.”

Full back superstar Latham has moved on a two-year deal at Warriors, with the exclusive option of a third year that can potentially keep him at Sixways Stadium until the end of the 2010/2011 season.

Latham has a CV to match any player in world rugby. He currently stands as the second highest try scorer in Wallaby history and played in every match at RWC 2007, scoring five tries to take his total to 40 tries and 200 points in 78 games for his country.

Latham made his international debut for Australia against France in 1998 and represented the Wallabies in the last three Rugby World Cup finals.

But a modest and family-orientated man, Latham insists he is only as good as his last game and wants to start impressing his new fans as soon as he can.

“I want to get out on the paddock and I’m the fittest I’ve been for a long time. I’ve had a great opportunity to get a lot of running and core strength under my belt while I’ve been injured,” he added.

“With the injury itself, I’m not far off. These next few weeks will be crucial to the timing of when I come back and how my shoulder responds to the next level I need to push it to.

“Fingers crossed, I can be back for a trial game and then start the season. I spoke to Brian Downey at the club and he is very pleased with where I stand which is positive.” 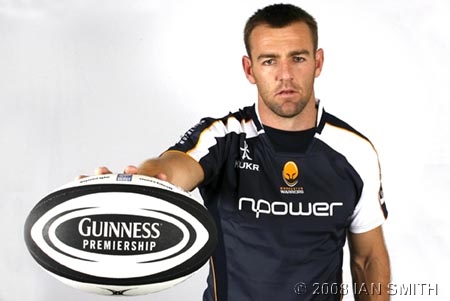