Mike Ruddock admitted the hard-fought victory over Doncaster Knights had been the ‘ideal workout’ in pre-season for his Worcester Warriors as they recorded a 32-9 victory at Castle Park.

Warriors ran in for tries through Rico Gear, Dale Rasmussen, Chris Pennell and Charlie Fellows as an impressive second half show saw them record a first win in the pre-season schedule.


Director of Rugby Ruddock insisted the clash had been a huge physical test for his side ahead of the new Guinness Premiership season.

And Ruddock has now tipped his side to get even better when they welcome Moseley to Sixways Stadium next weekend – the only game on home soil during the warm-up schedule.

“The game was exactly the game we needed, the ideal workout at this stage of pre-season,” he said.

“Doncaster are very physical and a hard bunch at home, certainly in the first half they wanted to put a mark on us and were physical to make sure we knew we were in a contest.

“We played into a strong first half breeze and although we made some changes we knocked-on and any rustiness we had was evident.

“But in the second half we made our chances count and took advantage of the wind to put some good kicks in field and attacked with real purpose, we were rewarded with some good tries.” 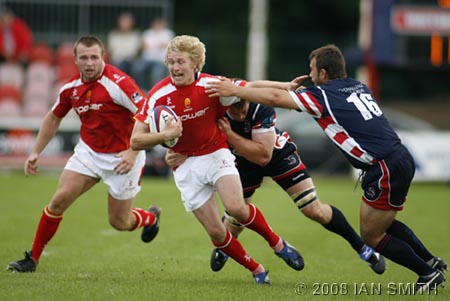 Warriors played under the new ELVs for the first time in the clash at Castle Park and Ruddock was pleased with the way his side adapted.

“Overall I thought we did very well with the new laws in practice,” he added. “There were a couple of areas where we need to sharpen up but we have got to be happy with how we took them on board and used them in a real live game.”

New boys Ben Jones and Matthew Jones both made full team debuts in the pre-season encounter.

Ruddock was full of praise for the way they both stepped into the Worcester line-up and also hailed the impact made by a number of young guns.

“Some of the guys on the fringes really stood out for us,” he said.

“Shaun Ruwers played the first half at tighthead and was exceptional when you consider he has not had much chance to impress before in first team games.

“Callum Black was very solid in the second half and has been outstanding in his senior games. Will Bowley also contributed and Jake Abbott pleased me when he came on.

“Behind the scrum Ben and Matt Jones did well on debut and we had the chance to see Greg King and Alex Grove in senior action. The one stand out player for me though was Charlie Fellows, he did very well throughout the game and has had a good weekend after also scoring at Twickenham.”

And Ruddock believes his team can take it up another notch in that match and show the real benefits of a tough clash at Doncaster.

“The first games back in pre-season are hard and it’s important that the players have that physicality,” added Ruddock.

“You can train all you want but there is nothing like getting back on the paddock and facing 80 minutes of hard rugby.

“The boys will feel the bumps but they needed that game and will no only get better – there is plenty of room for improvement yet.

“We have come away from the game unscathed, which is important at this stage, and we have highlighted the areas where we need to get better to move forward.

“Overall the Middlesex Sevens and our game with Doncaster have been a good start for us; we can improve and will improve. But to put on 30 points away from home to Doncaster, a top National Division One side, we have got to be pretty happy with the start to pre-season.” 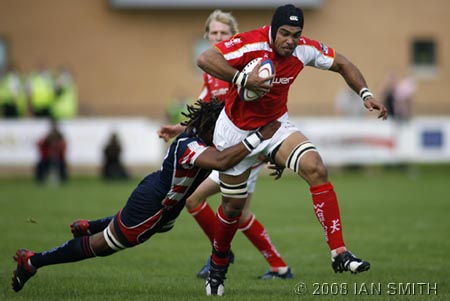