Chris Pennell has several big reasons to celebrate this weekend.

After being nominated as one of six to be crowned Aviva Premiership Player of the Season, the Warriors full-back turns 27 on Saturday.

He said: “I’m really pleased to have been considered for the Premiership’s Player of the Season.

“There are some incredible players up for the award so it’ll be tough, but fingers crossed I might be in with a shout. You never know.”

Pennell has featured in every minute of each Warriors league fixture this season, and has notched 82 points for the club this campaign.

And he puts his success largely down to consistency and the coaching staff at Warriors.

He added: “Having a decent run of games has certainly helped and I’ve built up some form over the last couple of seasons.

“Just having that run of games and working hard with the coaches and learning from the vast amount of knowledge that those guys have, has most definitely helped.”

With a week of preparation before next week’s clash at Saracens, Pennell admits he will celebrate – but not too hard.

He concluded: “I’m turning 27 on Saturday but it’s also my Nan’s 90th. We’re having a bit of a party for her on Saturday night but it won’t be too crazy!” 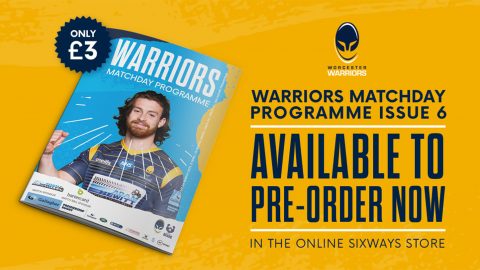