With the 2015/16 European Challenge Cup to look forward to, we thought we’d give you a short insight into the teams Warriors will be facing this coming season…

– Their home kit is yellow and black.

– They finished 9th in the Top 14 last season after being promoted from Pro D2 the previous season.

– La Rochelle was the last French city to be liberated after World War II.

– The U-Boat scenes from Indiana Jones were filmed at La Rochelle.

– La Rochelle became an English base during the Hundred Years’ War.

– Vieux Port (Old Harbour) is the main attraction with a number of historical buildings.

– They only became a professional outfit three years ago.

– Zebre joined the Pro 12 in 2012 and have finished bottom every time.

– They featured in the Heineken Cup for the first two years and finished bottom both times.

– In last season’s Challenge Cup, Zebre finished third in their pool behind Gloucester and Oyonnax – but above Brive.

– They lost to Gloucester on both occasions and will meet them twice again this term.

– They are captained by former Italy skipper Marco Bortolami.

– Zebre's home kit is white and black, just like the animal (zebra), which is also included in the club logo.

– Parma, the home of Zebre, is famous for its dried meat Prosciutto (also known as Parma ham), as well as Parmesean cheese.

– It is also home to Parma University, built in 1117 AD, and is one of world's oldest universities.

– The city is divided by the Parma River.

– Food is the major tourism attraction with the European Food Safety Authority based there.

– Neighbours Gloucester are the current holders of the European Challenge Cup, after winning the inaugural event back in May.

– They finished 9th in the Aviva Premiership last season.

– The last time Warriors and Gloucester met was on the final day of the 2013/14 Premiership season, where Warriors won 28-27 at Sixways.

– Gloucester play at Kingsholm which has a capacity of 16,500.

– Gloucester Cathedral has the largest stained-glass window in Europe.

– Gloucester is home to Walls factory, which is the biggest ice cream factory in Europe.

– Gloucester is the birthplace of actor Simon Pegg.

– Gloucester Cathedral was used in the Harry Potter films. 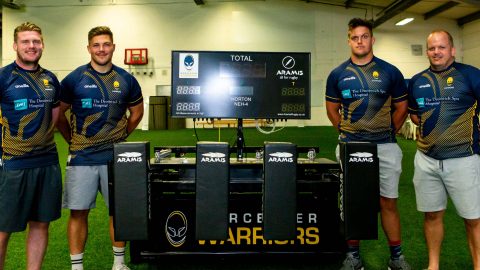