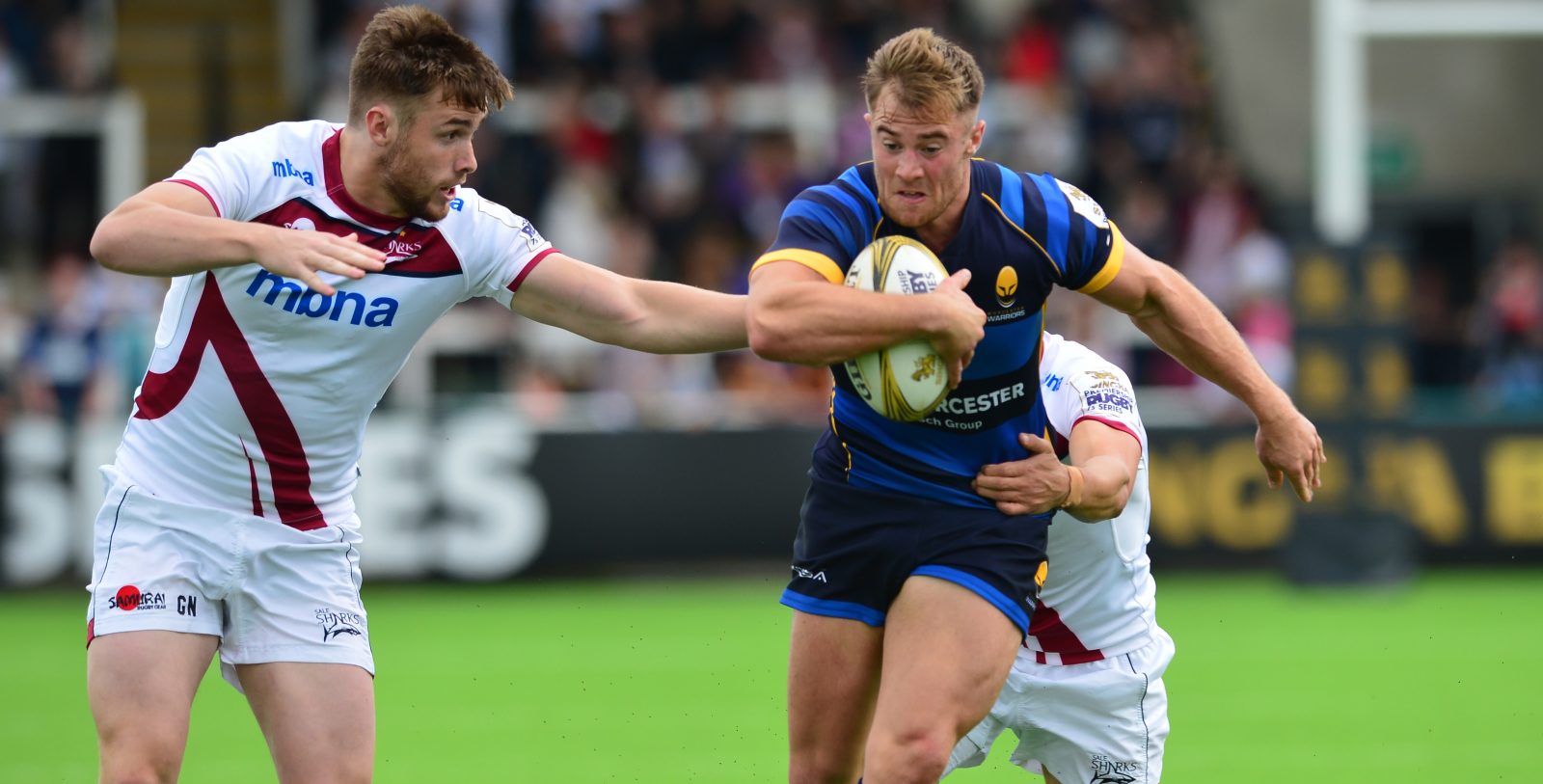 Warriors narrowly missed out on booking a place at the Singha Sevens Series Finals at Twickenham Stoop on Friday 28 August despite thumping Leicester Tigers and drawing a thriller with Sale Sharks at Kingston Park, Newcastle.

Mark Hewitt’s young side couldn't prevent defeat to Newcastle Falcons 40-12 in the final game of the day, as Sale edged them to qualification courtesy of a better points points difference.

Warriors almost got their Singha Premiership Sevens campaign off to a flier only for a last-gasp score to earn Sale Sharks a draw.

Warriors raced into the lead with Huw Taylor bundling his way over the line after some heavy pressure and Jamie Shillcock converted.

Sale bounced back with James Mitchell spotting a gap and racing in under the posts before converting.

But a loose pass from the Sharks saw Taylor pounce on the ball and Shillcock slipped round the corner to touch down.

Lightning pace from George de Cothi saw the pocket dynamite sprint 70 yards down the right flank before cutting in to touch down under the sticks giving Shillcock another easy two points.

Josh Adams then targeted the blindside as he stormed his way to the tryline but the Wales Under 20 international dropped the ball when over the whitewash.

And Sale punished Warriors with Nev Edwards scoring in the corner.

A sin-bin allowed Warriors the chance to put the game to bed but after they knocked on, the Sharks bit in the final play as Mark Jennings ran in under the posts and Mitchell converted to tie the game.

Warriors came from behind to maul the Tigers after George Worth raced down the left to open the scoring.

George de Cothi was one of the stars of the game and he almost levelled the scores only to be agonisingly pulled into touch with the tryline just inches away.

But Warriors soon got off the mark when Dean Hammond crossed after fine work by Huw Taylor and Jamie Shillcock converted well.

Warriors were edging the contest at the interval but put the burners on in the second-half with De Cothi leaving the Tigers in his wake as he sprinted in under the posts.

Perry Humphreys then showed his old club what they were missing when he exposed them out wide on the right and a minute later he added a second try after showcasing his strength and handling off his man before touching down.

Young Robbie Smith then produced an epic try-saving tackle as he held up his man over the line and Warriors soon went up the other end with Will Butler outpacing his opponents to race to the corner and securing an emphatic win.

Warriors slipped to their first defeat of the competition and ultimately missed out on qualifying for the Sevens Series Finals after a strong Newcastle Falcons side completed a 100 per cent record at this year’s competition.

Despite George de Cothi worming his way to the tryline and Jamie Shillcock converting, the Falcons bounced back immediately with a James Fleming double and a Gavin Lowe score before the break giving the hosts a 21-7 lead.

Newcastle missed a glorious opportunity early in the second period with the tryline in sight and Warriors capitalised as Josh Adams touched down at the other end.

Jonas Mikallcius produced a stunning tackle to deny Falcons but they soon swept the ball wide and James Johnston scored.