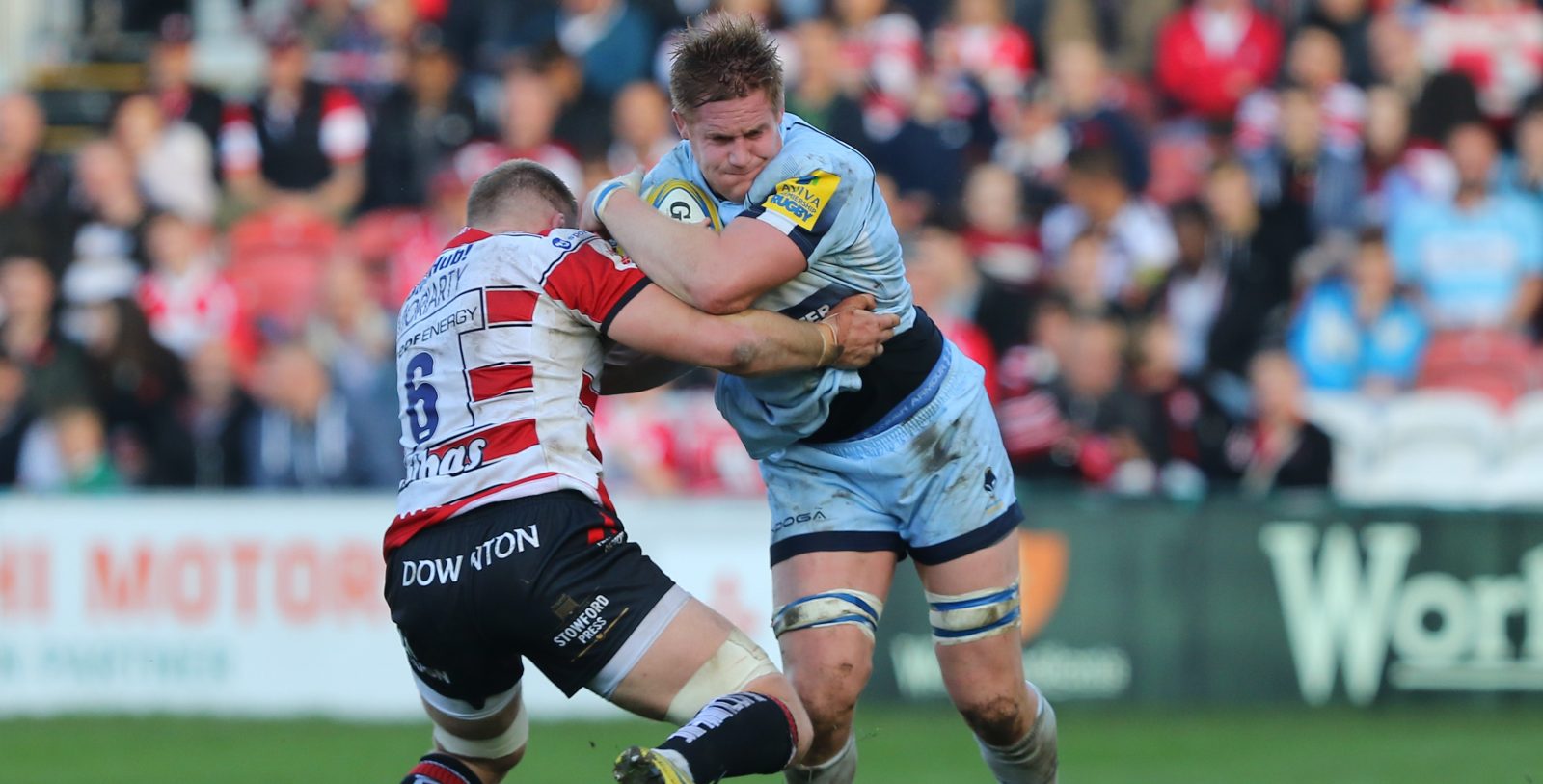 Warriors were pipped 24-22 by Gloucester Rugby in a nail-biting Aviva Premiership clash at Kingsholm.

Warriors almost nicked it but were forced to settle for a losing-bonus point after a forward pass brought an end to a promising move at the death.

Richard Hibbard opened the scoring after two minutes when Gloucester drove for the line but Cooper Vuna pulled one back seconds later.

Two Billy Twelvetrees penalties and a try for Sione Kalamafoni put Gloucester back in control but a Ryan Mills penalty and Niall Annett score edged Warriors back in front.

Another Twelvetrees kick gave Gloucester a half-time lead but Warriors once again took the lead with Vuna’s second after fine work from Chris Pennell.

David Halaifonua went over for the home team and despite a last-minute chance for Warriors, it was Gloucester who held on for victory.

Gloucester had started the game with a ferocious intensity, winning a penalty for holding on in the first minute with James Hook opting for touch.

And the home side made a huge drive from the lineout, gaining ten metres with Hibbard crossing over but Twelvetrees couldn’t convert from close range.

Barely a minute later, Vuna showed great speed to intercept a loose Bill Meakes pass inside Gloucester’s own 22-metre line and he touched down under the posts as Tom Heathcote added the two points.

Gloucester continued to attack though, with Jonny May making a darting run from halfway.

Warriors were penalised at the resulting maul and Twelvetrees kicked for touch.

The visitors won a scrum moments later but conceded a penalty with Twelvetrees scoring from the left touchline.

Kalamafoni went over for Gloucester’s second as the home team showed great speed to play the ball across the park, putting the winger away down the left-hand side. However, Twelvetrees missed his second conversion.

Warriors couldn’t clear their lines and were penalised for collapsing the scrum soon after and Twelvetrees made no mistake this time to enhance Gloucester’s lead.

Dean Ryan’s side fought back and Gloucester conceded a penalty which Mills slotted over from just inside halfway.

And eight minutes before the break Annett scored his first Aviva Premiership try as a 14-man Warriors maul drove over the line and Heathcote converted to put Warriors back in front.

But the lead switched hands once again before the break as Twelvetrees added another penalty to give the home side a narrow advantage.

Phil Dowson was penalised for being offside at a ruck and Twelvetrees went for goal again but hit the post on the stroke of half-time.

Gloucester started the second period strongly, winning a scrum on the Warriors 30-metre line after Heathcote knocked on trying to bring down a high ball under the sun.

But Warriors showed their clinical touch again with Pennell streaking through the Gloucester defence before feeding to Vuna, who added his second score of the game. However Lamb missed the conversion as Warriors reclaimed their slender lead.

Gloucester remained in control playing through the phases but were unable to trouble the scoreboard with Pennell seeing out any danger from the kicking game by remaining solid under the high ball.

But they edged their way back in front with 20 minutes to go, showing super hands to set Halaifonua away down the left wing. James Hook couldn’t convert so the home side’s advantage was just two points.

And there was controversy to follow as May dived over the line to score, before referee Craig Maxwell-Keys called it back for a forward pass.

Roared on by a fired-up crowd, Gloucester looked to finish the game off, winning four successive scrums on the Warriors five-metre line.

Nick Schonert was sent to the sin-bin and the home team chose a lineout in the absence of the Warriors tighthead.

But replacement Barry leapt high to steal the ball and Warriors cleared.

With time running out, Dan George turned the ball over and fed Wynand Olivier who made a strong break through the centre.

Ryan Lamb in turn found Barry inside the opposition 22 but the lock’s pass was knocked forward and Gloucester held out for victory with Warriors claiming a valiant bonus point.