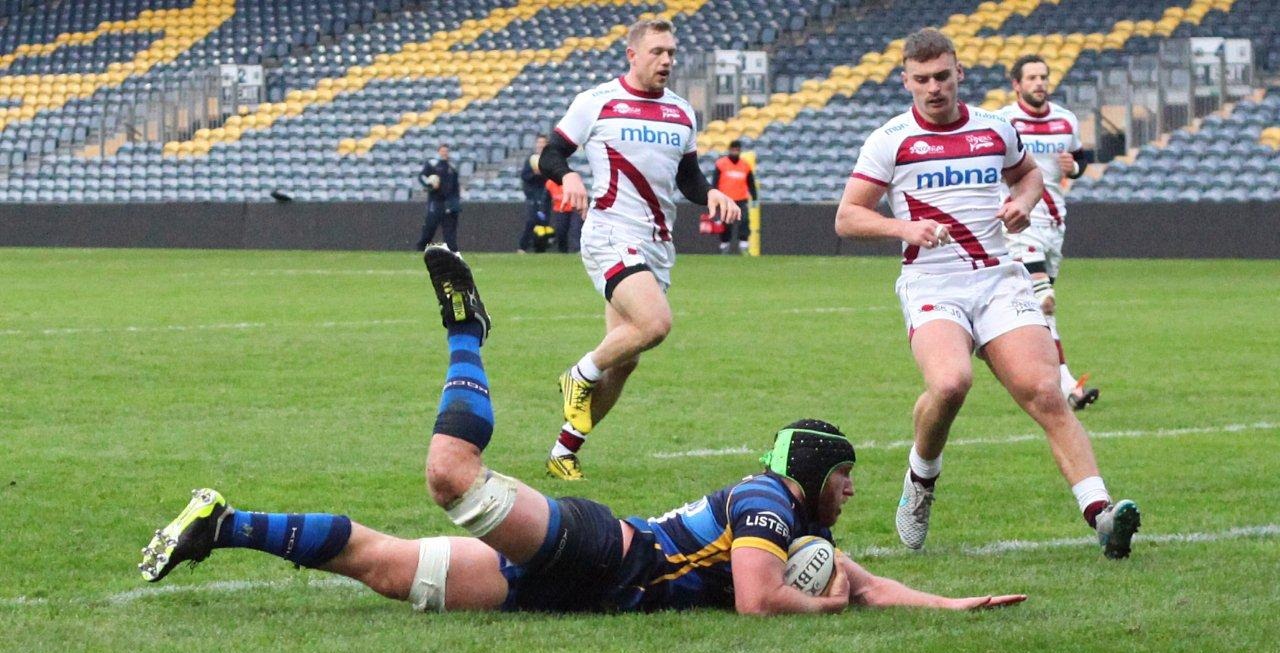 Worcester Cavaliers opened their Aviva A League campaign with a much-deserved 29-12 victory over Sale Jets at Sixways.

Cavaliers completely dominated the first-half as they scored early tries through Perry Humphreys and Josh Adams before Mat Gilbert went over for a brace.

Sale looked to get back into the game at 24-0 down and reduced the deficit courtesy of second-half tries from Charlie Ingall and Tom Sanders.

But Cavaliers wrapped-up the win with the last play of the game as Sam Ripper-Smith touched down.

Cavaliers started well and found themselves ahead after just two minutes after some fine back play.

Jamie Shillcock’s pass allowed Dean Hammond to exploit a gap in the Sale defence on the halfway line and the South African raced 40 metres before unselfishly teeing-up Humphreys, who finished from close range.

And Cavaliers soon went over for a second try as Humphreys this time turned provider to put Wales Under 20 international Adams clear in the corner.

Cavaliers were looking assured across the pitch as they looked to open their Aviva A League in style and provide their first-team counterparts with competition for places.

Sale looked for a way back into the game but the hosts were winning a string of turnovers in their own half as they prevented Sale from fighting their way upfield.

Cavaliers were looking threatening at every opportunity and the prolonged spells of pressure were forcing Sale into mistakes.

So when visiting hooker Brendan Berry misjudged a lineout five metres from his own line midway through the first-half, Cavaliers number eight Gilbert was on hand to dot down and give his side a 19-0 lead.

Cavaliers were completely dominating and were clearing their lines well every time the ball came into their 22.

And the fantastic Gilbert claimed his second and his side’s fourth try after 25 minutes after more good work from Humphreys, who stormed his way forward before setting-up his teammate.

Sale managed to put a stop to the hosts’ free-flowing scoring as half-time approached but the visitors didn’t look like causing the Cavaliers defence any significant danger.

The visitors looked like a new team after the break and started to get into the game more.

And after dominating the first ten minutes of the half, they finally got on the scoreboard as winger Ingall got on the end of a fine move before diving over in the corner.

That took the score to 24-5 as Sale looked to spark faint hopes of a comeback and the game started to open up as the second-half wore on.

Cavaliers introduced a string of youngsters to the action as they looked to see the game out and claim a valuable victory.

But Sale pushed for a second try and were rewarded when replacement Tom Sanders touched down after the visiting forward pack had driven themselves over the tryline.

But it was Cavaliers who got the last laugh as Ripper-Smith grounded at the death for the hosts’ fifth try following a driving lineout.