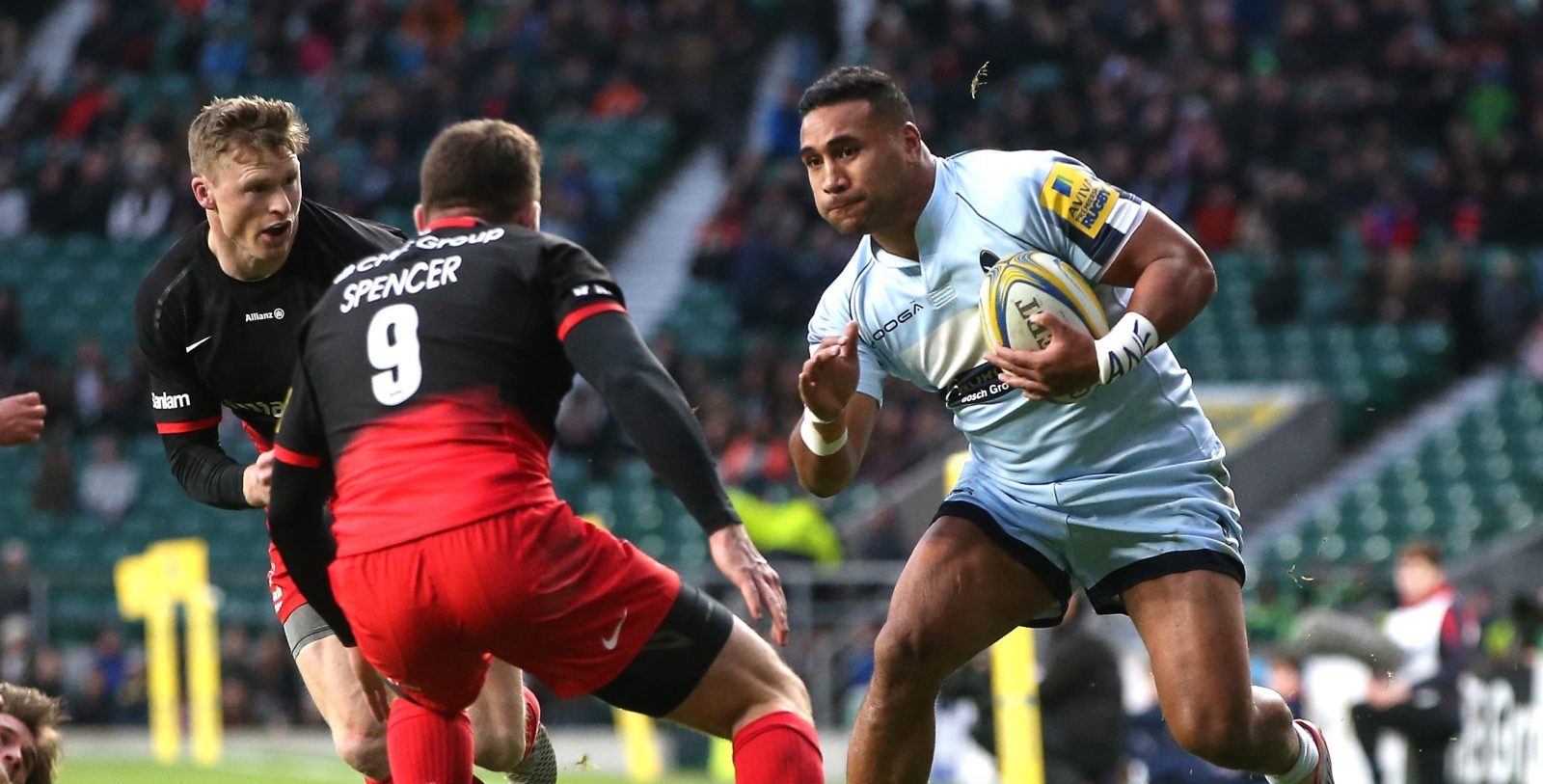 Warriors endured a tough day on their London Double Header debut as they were defeated 48-18 by a dominant Saracens.

The hosts began the match in emphatic fashion as Chris Ashton opened the scoring in the first five minutes before Ben Spencer’s score and four Charlie Hodgson kicks gave Saracens a 20-6 lead at the break.

There was no let up after the break as Jackson Wray got his name on the scoreboard before Ashton added his second with half an hour to play.

Warriors continued to show their tenacity but a quickfire double from Schalk Brits and Ben Ransom gave the visitors little hope of a comeback.

However, the visitors refused to give up and were rewarded with tries from Joe Rees and GJ van Velze as the match came to an end.

Director of Rugby Dean Ryan made four changes to the team which defeated Newcaslte Falcons in Round Four of the Aviva Premiership as Wynand Oliver, Na’ama Leleimalefaga Sam Betty and Van Velze all returned to the side.

With Saracens regularly playing at Twickenham in the Aviva Premiership and European Champions Cup, the hosts inevitably settled into their surroundings quickly.

And they took the lead after four minutes as Spencer broke through after picking the ball out the back of the scrum and kicked wide.

The bounce favoured Saracens and winger Ashton was on hand to race through and open the scoring before Hodgson converted.

Warriors aimed to get off the mark soon afterwards and looked to illustrate their attacking flair as they switched the ball across the backline.

But Tom Heathcote was off-target with a penalty as he looked to reduce the deficit.

Ryan’s men enjoyed a good spell of possession after conceding the opening try but could not find a way through the Saracens defence.

And the hosts soon increased their lead as Chris Wyles raced down the left before teeing-up Spencer, who strolled through to touch down.

Hodgson again converted from a wide angle to give Saracens a 14-0 lead midway through the opening period.

Warriors were being forced to defend as the half wore on and were resilient as they prevented Wray grounding with the tryline gaping – the TMO confirming the Saracens flanker wasn’t in control of the ball when he touched down.

But the relief was short-lived as Hodgson added his first penalty of the match on the half-hour mark to give Saracens a 17-0 advantage.

Warriors finally got off the mark after 33 minutes as Heathcote struck a penalty from in front of the posts.

And the Warriors fly-half added another three points before the half-time whistle but Hodgson had the final say of the half with a penalty to put Saracens in control at the break.

Saracens began the second period as they had the first as they looked to find the tryline and they did just that following a well-worked driving lineout.

Wray this time managed to ground the ball clearly before Hodgson added the extras to give Warriors an almost impossible task of overturning the 27-6 scoreline.

And Warriors’ challenge became even bigger when Ashton claimed his second and his side’s fourth try after the away midfield had been torn open with a darting run.

Hodgson was the provider before adding another two points with the kick to put the hosts 34-6 ahead with half an hour to play.

Warriors made changes in the front row as they looked to continue battling in the capital amid a barrage of Saracens attacks.

But they couldn’t prevent a fifth Saracens try as hooker Brits dotted down from the back of a driving move following good work from the home forward pack.

And the sixth try came soon afterwards as full-back Ransom skipped his way forward before touching down.

Warriors started to move the ball more freely following the sixth try and started to enjoy some possession in the Saracens half.

The visitors kept knocking on the door and were finally rewarded as Rees slid over for Warriors’ first try of the afternoon after Heem had broken through the home defence.

And after another spell of defending, it was Warriors who ended the match in the ascendency as captain Van Velze went over for his side’s second away try after Heem had twisted his way past a string of home defenders.

The late tries proved only consolation for the visitors but they were an illustration that, under Ryan, Warriors continue to fight to the very end of every match.