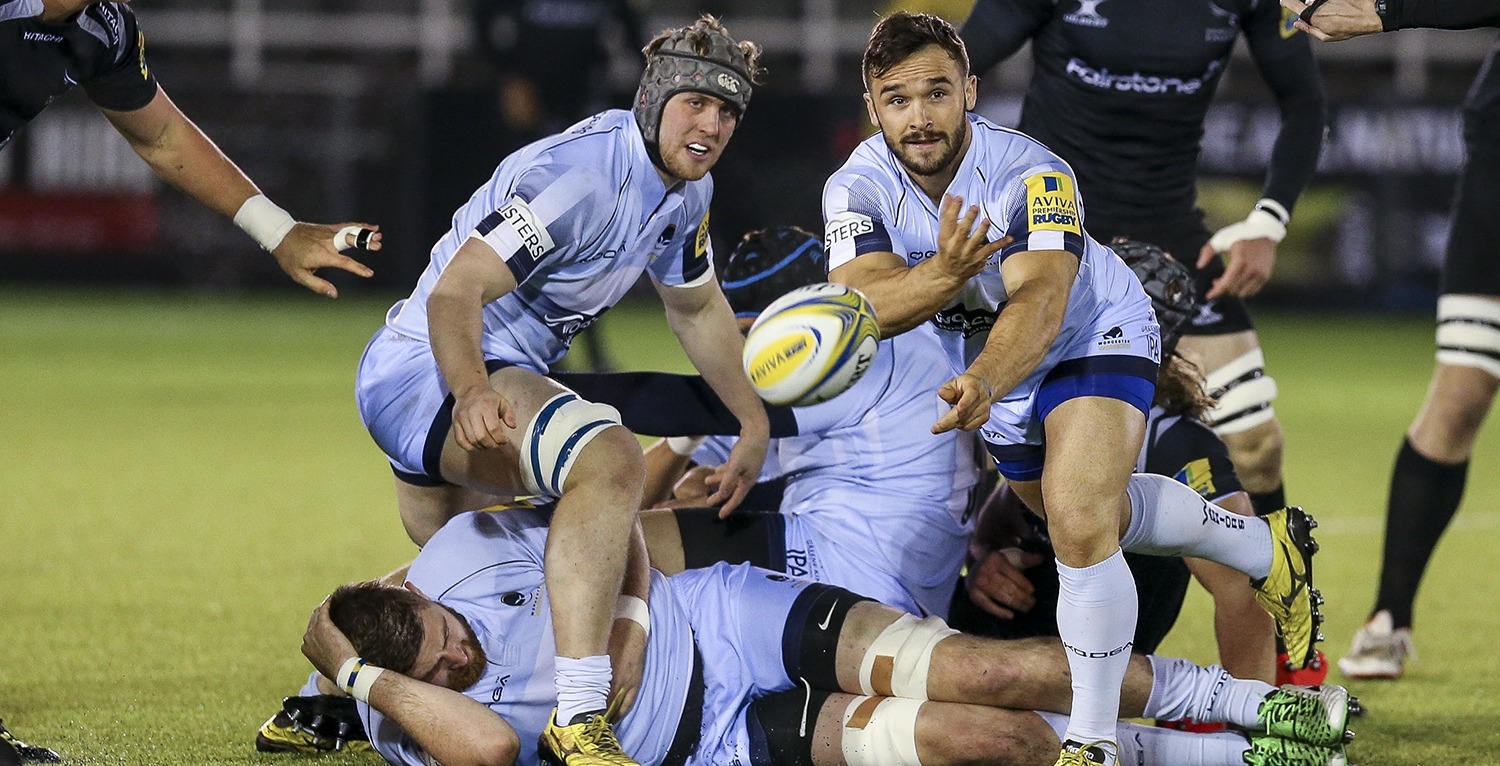 Worcester Cavaliers were put to the sword by an experienced Newcastle Falcons on a freezing cold night at Kingston Park in the Aviva A League.

With 193 international caps in their line-up, the Falcons were 17-7 behind after just 15 minutes as Dean Hammond and Ravai Fatiaki crossed for Worcester.

The hosts bounced back with Belisario Agulla and Zach Kibirige scoring before Sam Ripper-Smith got Cavs back in the game before the break.

Worcester should have secured a try bonus point after half-time following penalty after penalty just metres from the Falcons tryline, but they couldn’t force their way over and the hosts never looked back with a mesmerising second-half display as they ran-in a further seven tries.

Academy Manager Mark Hewitt made three changes to the side that defeated Sale Jets 29-12 in their league opener the previous week, as Ryan Bower, Jack Singleton and Huw Taylor all started.

The Cavaliers started brightly and after winning a penalty at the scrum, Jamie Shillcock opened the scoring with a well-struck kick.

But the hosts immediately replied with Todd Clever stepping out from the breakdown into space before teeing up Ruki Tipuna to score under the posts as Craig Willis converted.

The Cavaliers responded with a try of their own as a well-executed crossfield kick from Shillcock fell beautifully into the hands of Hammond and the winger darted over the line for Shillcock to then add the extras.

The busy Shillcock was at it again when he set up Fatiaki to run a superb line under the posts giving the fly-half another easy two from the tee.

Cavaliers looked to be in the ascendancy but Newcastle soon found another way through following a lineout and despite the maul being pushed back, it was whipped wide to Agulla who dived over in the corner and Willis converted well from the angle.

With Ripper-Smith in the sin-bin, Shillcock had an opportunity to add three points for Cavaliers but couldn’t split the posts and Newcastle capitalised with Kibirige finishing off a fine move after flowing build-up play from Agulla and Tipuna.

But Cavs flanker Smith returned to the field to finish off a driving maul before the interval to make it 28-22.

The mammoth Joe Sproston, weighing over 140kg, came on for Cavaliers as they searched for a fourth, bonus-point try.

Singleton made a sharp break before popping the ball up to JB Bruzulier but the skipper knocked on in the tackle before Cavaliers had a five-minute spell camped on the Falcons five-metre line.

Despite penalty after penalty, they couldn’t make it count and Newcastle were to make them pay.

With 52 minutes on the clock, Cavaliers were very much in the game and had looked the better side, but Agulla crossed for his second try in the corner before Dan Temm smartly set up Richard Mayhew for another just minutes later.

Willis converted and then on the hour mark slotted another after Tom Penny put the game to bed following some quick thinking.

Newcastle then kicked to the corner after winning a penalty and Mayhew bagged his second off the back of a lineout and Willis added another two before being replaced by Brett Connon.

Replacement ten Connon then produced a fine kick in behind the Cavs defence which Kibirige ran on to giving Falcons another try, with Connon converting well from the touchline.

Temm got himself another with Connon adding two more points and the fly-half chipped over another following Glen Young’s powerful charge in the last play of the game.

It was a harsh lesson for the young Cavaliers but they have a chance to redeem themselves when they return to action at Gloucester United on Monday 21 December.