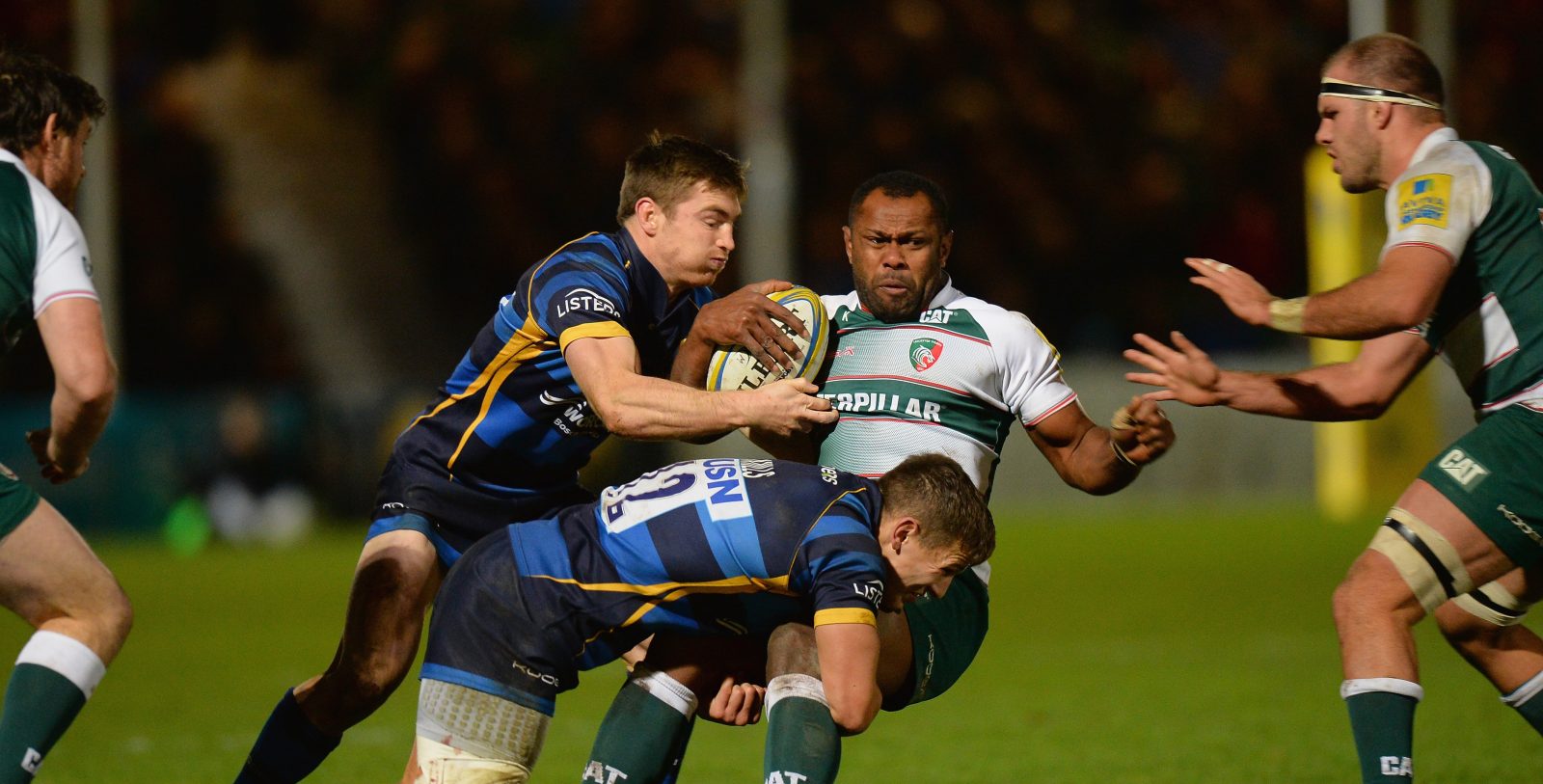 It was heartache at Sixways for Warriors as Leicester Tigers overturned a 17-0 deficit to secure a 29-20 victory after a remarkable Aviva Premiership encounter.

Warriors had completely dominated the first-half as they cruised to a 17-0 lead courtesy of tries from Wynand Olivier and Matt Cox before Leicester pulled one back before the break through former Warrior Graham Kitchener.

But the match turned on its head at the beginning of the second period as Donncha O’Callaghan was red carded.

With Warriors down to 14 men, and then 13 in two separate spells, Leicester began to rally and put themselves within five points after a Telusa Veainu try and Owen Williams penalty.

Leicester were relentless and went ahead as Williams converted a penalty try.

And after Tom Heathcote had missed a late penalty, Leicester confirmed the victory with a last-minute try from replacement Lachlan McCaffrey.

Warriors started well as they looked to put pressure on the Leicester defence and assert their dominance.

And the hosts created the first real chance of the game as Chris Pennell kicked towards the tryline with Cooper Vuna racing down the wing.

The kick, however, had too much on it and the ball spun out of play in the in-goal area.

Warriors were playing free-flowing rugby in the opening exchanges and were cutting through the Leicester defence at every opportunity.

The visitors were defending well under relentless pressure but Heathcote was able to open the scoring with a penalty inside the opening ten minutes.

Leicester enjoyed their first real spell of possession shortly afterwards as Vereniki Goneva jinxed down the left before Veainu nearly got on the end of a grubber kick just short of the tryline.

The game was an open affair as both sides looked to get ball in hand and Warriors nearly went further ahead as Bryce Heem battered his way forward before O’Callaghan was halted shy of the line.

Referee Wayne Barnes brought the game back for a scrum as Dean Ryan’s men searched for the first try of the afternoon.

And that try did come as Heathcote gathered possession before feeding Olivier, who stole in to dot down underneath the posts.

Leicester were struggling to get into the game as Warriors pinned them back in their own half and Ryan Mills nearly increased the hosts’ lead with a long-range penalty, which drifted wide.

Warriors continued to knock on the door and they were soon rewarded with their second try as Cox was put over after good work from the home backline.

Heathcote converted as Warriors found themselves with a remarkable 17-0 lead against the 2013 Aviva Premiership champions.

Leicester had a chance to get their first try from a five-metre lineout after O’Callaghan had been sent to the sin-bin for the hosts. But Warriors stole the throw and cleared their lines.

And as Leicester once again found themselves camped on the Warriors tryline minutes later against 14 men, the hosts forced a penalty after fantastic defensive work.

Richard Cockerill’s men sensed their chance as they looked to make the most of their advantage and they burst forward again and again.

And Leicester finally found their first try of the afternoon as Kitchener’s run was too powerful for Pennell’s attempted tackle.

Williams converted for the visitors as Warriors went in 17-7 ahead at the break.

If the first-half had been one-way traffic in Warriors’ favour, the second period looked as though it would be anything but as O’Callaghan was sent off after receiving his second yellow card.

A series of scrums ensued as Leicester piled on the pressure before Gareth Milasinovich was sent to the sin-bin two minutes after entering the pitch.

Warriors were well and truly up against it as they looked to compete with a two-man disadvantage.

Leicester looked to move the ball across the backline and reduced the deficit when Veainu broke through the midfield and raced to the line.

That put the visitors within five points and gave Warriors the difficult task of trying to hold on for the victory.

Still Warriors defended bravely and looked to keep the damage to a minimum, waiting for their chance to clear the ball upfield.

The hosts had not managed to enjoy any possession in the second-half but were given a boost when Heathcote added his second penalty to put Warriors eight points ahead.

But Leicester came back again as Williams slotted another three points as the Sixways faithful were forced to endure an unbearable final 12 minutes.

And Leicester eventually turned the game on its head as Cox was yellow-carded and the visitors were awarded a penalty try.

Williams converted as Leicester took the lead for the first time in the game at 22-20.

Warriors continued to battle and, when the hosts were awarded a penalty with five minutes to go, Mills opted to kick for goal.

But out wide on the touchline, Heathcote saw his kick blow back in the wind as it dropped well short of the posts.

And with time up on the clock Leicester deprived the hosts of a losing bonus point as McCaffrey touched down before Williams converted.