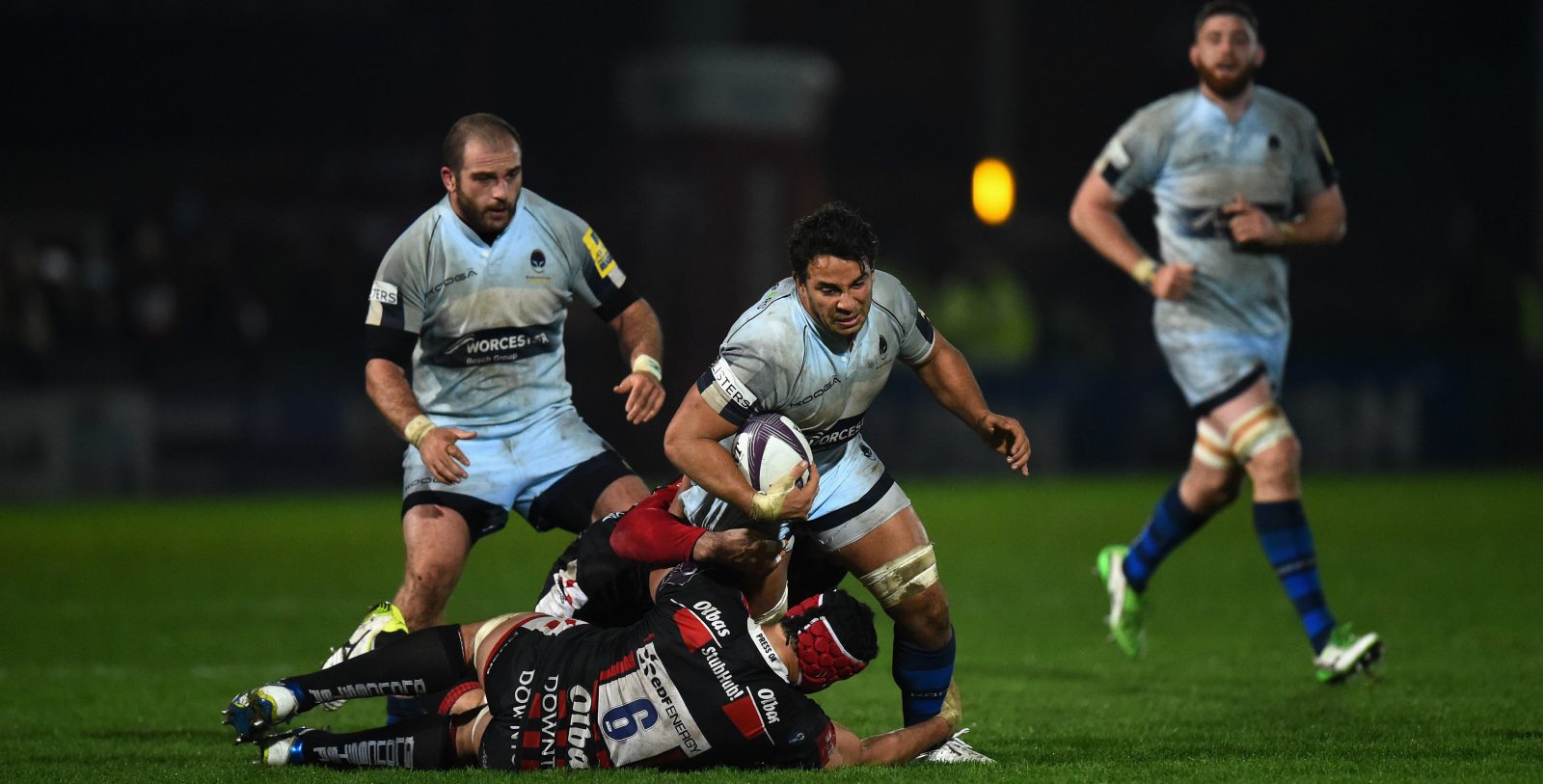 Warriors were unable to add to their European Challenge Cup points tally as a strong Gloucester Rugby side ran in five tries to secure a 34-22 victory at Sixways.

The hosts opened the scoring through Dean Hammond’s early try before Henry Purdy got on the scoresheet for Gloucester.

Ryan Lamb’s drop-goal on the stroke of half-time cancelled out Greig Laidlaw’s early penalty as the sides went in level 10-10 at the break.

But it was Gloucester who enjoyed the majority of possession in the second period as they stepped up a gear and made it increasingly difficult for Warriors to implement their gameplan.

Purdy claimed a second and sub Rob Cook touched down before replacement prop Mike Daniels reduced the deficit for Warriors.

Warriors tried to assert themselves but saw the game run away from them as Steve McColl and Billy Twelvetrees both crossed for the visitors before Darren O’Shea’s late consolation.

Head Coach Carl Hogg, who was again overseeing Warriors in European action, made 14 changes to the side which suffered a late defeat to Leicester Tigers as Matt Cox continued in the back row.

The hosts had been forced to change their kit ahead of kick-off due to a clash with Gloucester not having enough time to pick-up a replacement strip from their Hartpury training base.

Warriors were looking to stamp their mark on Pool 4 after picking up one win from their first two matches.

But they went behind after Laidlaw struck an early penalty to settle the visitors’ nerves.

Running rugby was scarce in the opening exchanges as both sides looked to get to grips with the greasy conditions.

But Warriors went ahead from their first real attack as Andy Symons split the Gloucester defence before offloading to Hammond, who raced through and somehow managed to ground the ball despite being
surrounded by a cluster of defenders.

Lamb converted from a tight angle before Laidlaw missed a second penalty attempt as Warriors battled to a 7-3 lead.

Gloucester looked to put some pressure back on the hosts and enjoyed a sustained period of possession as Gareth Milasinovich was sent to the sin-bin on the half-hour mark.

Ben Howard was making tackle after tackle as he provided a last line of defence as the pressure intensified.

But Warriors couldn’t prevent Gloucester’s first try of the evening as Billy Burns launched a high kick out to the wing for winger Purdy to catch and force his way over the line.

Both sides were well in the game and looking to attack at every opportunity as half-time approached.

And it was Warriors who looked the more likely to get a second try as they camped on the Gloucester tryline for several minutes.

The Gloucester defence, to their credit, repelled Warriors as they went through the phases, before Lamb launched a drop-goal on the stroke of half-time to level the score at 10-10.

Gloucester started the second-half in the ascendency and took the game to Warriors as they looked to continue their 100 per cent record in the competition.

And the visitors retook the lead as Purdy found a gap in the Warriors defence and battled his way to the line for his second try of the evening.

Laidlaw’s conversion put Gloucester 17-10 ahead with under half an hour to play.

And the night got even better for Gloucester when replacement Cook received the ball in space down the left and raced through to add a third try of the night.

That gave Warriors a disadvantage of 12 points but Hogg’s men were in no mood to let the game run away from them.

Warriors forced their way upfield and kicked a series of penalties into touch five metres from the Gloucester tryline as they looked to drive their way over.

And they did just that as Daniels found himself at the bottom of a driving maul to touch down for the hosts.

But the tables turned once again as Gloucester secured a bonus-point try when McColl went over in the corner following good work from the visiting backline.

That seemed to put the nail in the coffin and Gloucester added a fifth try as Burns’ crossfield kick was well claimed by Twelvetrees out wide to add another score.

With time running out it was impossible for the hosts to claw back the deficit but they did have the last say of the night as O’Shea scored Warriors’ third try just before full-time.