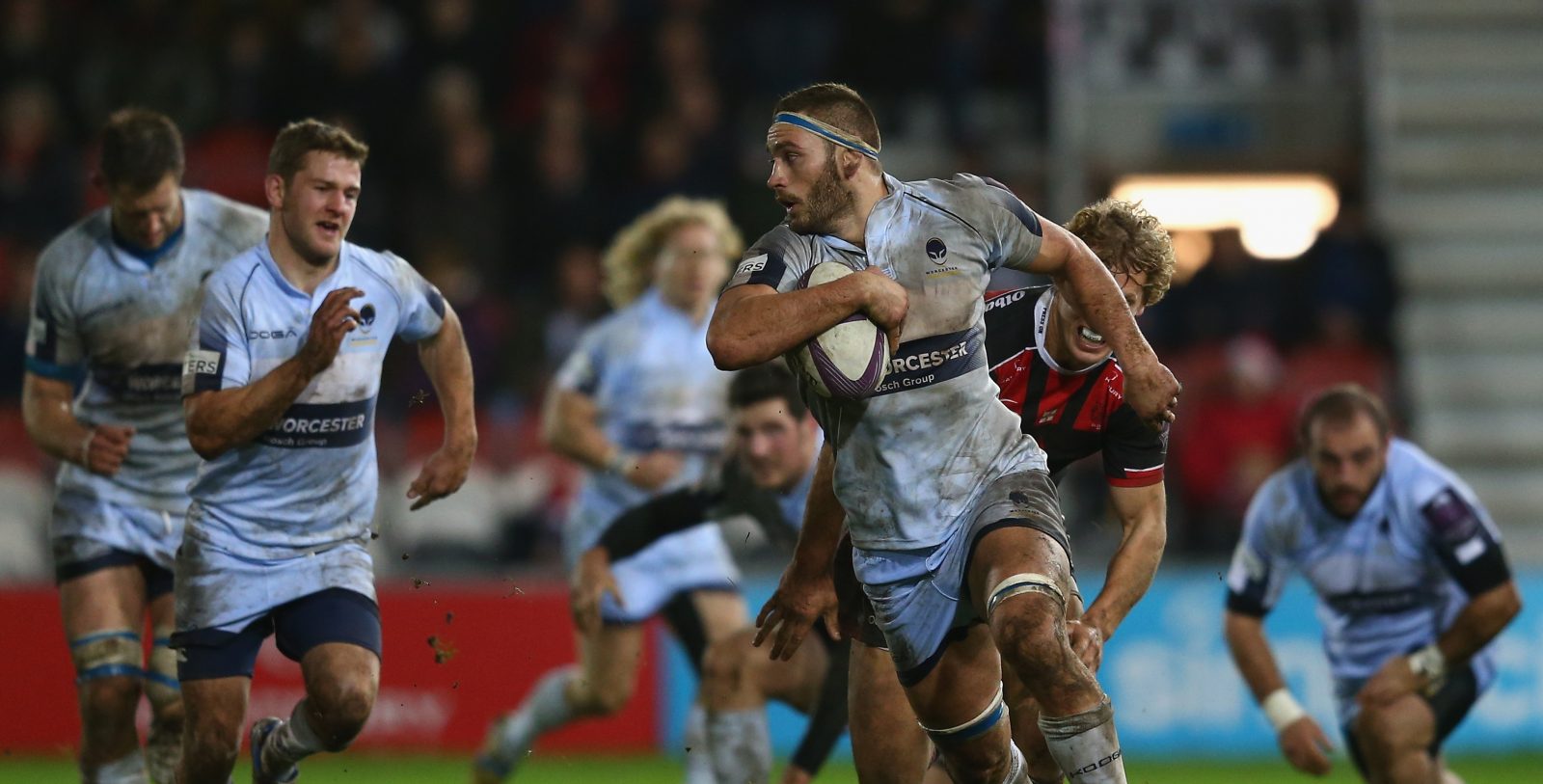 Gloucester battled to a record-breaking 13th consecutive European Challenge Cup victory against a young Warriors side at Kingsholm.

The Warriors side more than matched their opponents for long periods of the game but were denied a losing bonus point by an experienced Gloucester side.

Scotland international Greig Laidlaw was instrumental for the hosts as he claimed all but five of Gloucester’s points.

The scrum-half went over for a try and struck five penalties and a conversion before former Warrior Matt Kvesic made certain of the victory.

Warriors had been in the contest throughout as eight points from Ryan Lamb and a Ben Howard try gave the visitors glimpses of hope.

Howard was fantastic for the visitors as he again illustrated his raw pace but the night belonged to the reigning Challenge Cup champions.

Warriors Head Coach Carl Hogg made five changes to the side which suffered defeat to Gloucester at Sixways last time out as Val Rapava Ruskin, Ben Sowrey, Mike Daniels, Tevita Cavubati and Sam Betty all came into the starting line-up.

The visitors looked fired up for the encounter and showed their passion in the opening exchanges as Dean Hammond and James Hook both had to leave the pitch after the former went crashing into the Gloucester man to prevent a home attack.

Gloucester were starting to get the upper hand and Jonny May and Billy Twelvetrees combined well down the left before the hosts were awarded an early penalty.

Warriors repelled Gloucester after they kicked to the corner but the hosts soon took the lead as Laidlaw opted to kick from further out after the hosts won another penalty after ten minutes.

The visitors had built their reputation this season as being a side which is competitive in every match and they levelled the scores two minutes later as Lamb split the posts with Warriors’ first penalty of the evening.

And Hogg’s men took the lead in sensational fashion as Andy Symons found space in midfield and offloaded to Howard, who raced 40 metres down the left to score.

The young full-back has continued to progress this season and showed pace which could not be matched by the two Gloucester defenders as he stormed his way to the tryline.

Lamb converted as Warriors swept to a 10-3 lead against a Gloucester team full of internationals.

The try seemed to awaken Gloucester and they battled for possession at the other end as they won a scrum inside the Warriors 22.

But they were forced to settle for three points as the visitors were penalised at the set-piece, allowing Laidlaw to reduce the deficit.

And the scrum-half claimed Gloucester’s first try of the evening two minutes later after the hosts had stolen possession back from Charlie Mulchrone following a pin-point kick forward from May.

The England winger chased his own kick before teeing-up the grateful Laidlaw, who ran in unopposed.

The match continued to be an entertaining affair as both sides looked to get ball in hand and attack down the wings.

Warriors were defending well with their quick line speed and were causing Gloucester all sorts of problems when their backs found possession.

But it was Gloucester who had the advantage at the break as Laidlaw added another penalty on the stroke of half-time to give the hosts a 16-10 lead.

Warriors looked to stay in the game after the interval and the second-half was a tight affair in the early stages.

Laidlaw though, showed his class at every opportunity and added another two penalties either side of three points from Lamb as Gloucester extended their lead to 22-13

Hogg introduced his bench as the match wore on and England Under 20 international Huw Taylor was brought on for his European Challenge Cup debut.

Warriors were taking huge spirit from their performance as they continued to frustrate Gloucester but the hosts continued to pile the pressure on.

And Gloucester finally added their second try of the game as Kvesic found himself at the bottom of a driving maul to touch down in the corner.

The match may have run away from Warriors but their desire to attack certainly hadn’t and the visitors continued to ask questions of their opponents.

Symons and Howard were finding gaps in the Gloucester defence and Warriors were forcing penalties but Gloucester were resilient when they needed to be.

Gloucester rallied once again at the end but Warriors finished the game by shutting the hosts out as the tryline beckoned.