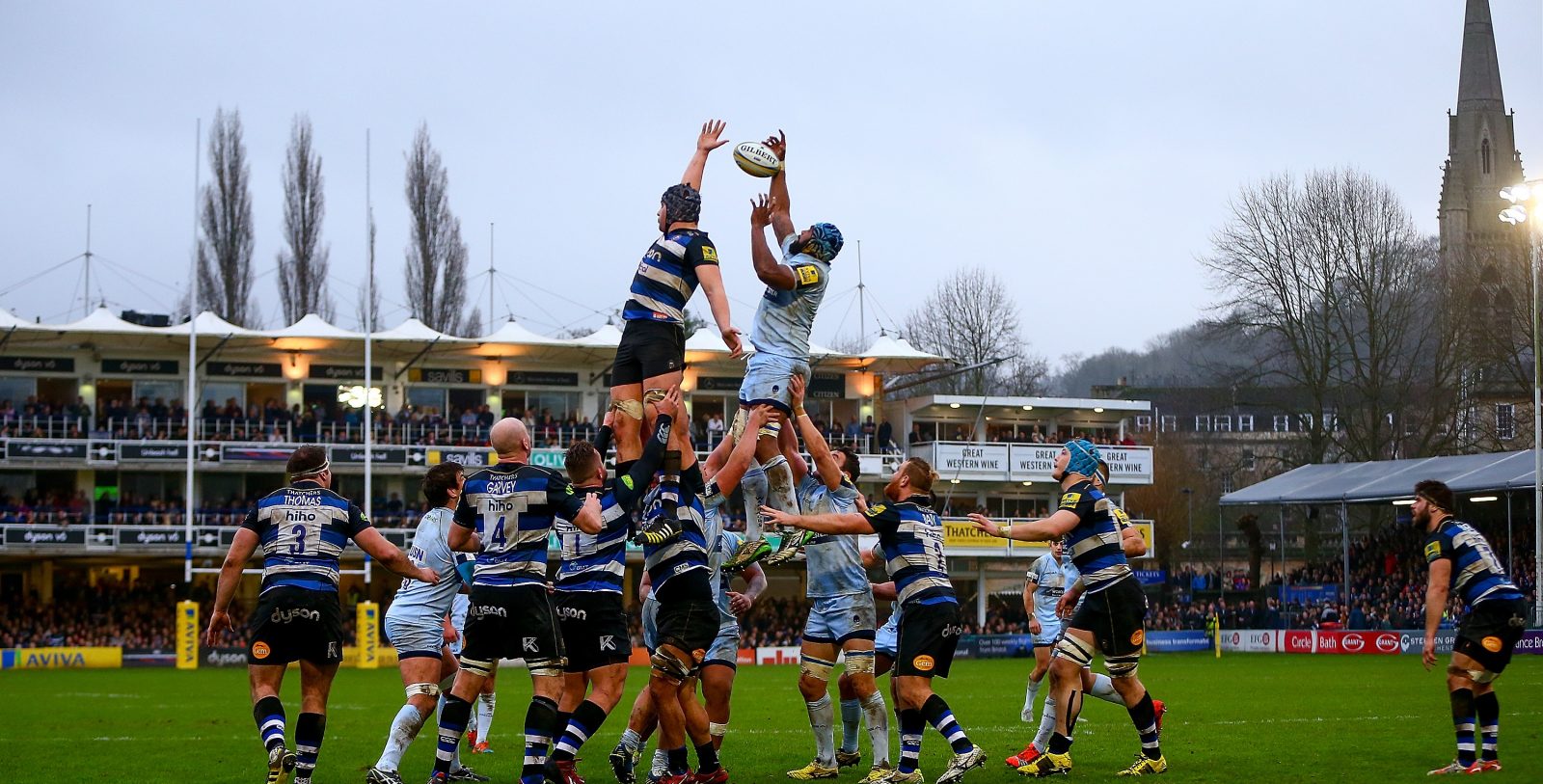 Bath racked-up a 10-3 lead inside the first quarter after Rhys Priestland converted Ollie Devoto’s early try before cancelling out a Tom Heathcote penalty.

Ryan Mills hit another penalty for the visitors before the Warriors backline showed their spark as Cooper Vuna raced down the left and touched down to give his side an 11-10 advantage.

Dean Ryan’s men looked to hold out till the break but couldn’t prevent Horacio Agulla diving over in the corner on the stroke of half-time.

The game proved more of a forward battle in the second period as both sides searched for momentum and Priestland and Heathcote exchanged kicks early on.

Priestland’s third penalty put Bath 21-14 ahead before Warriors launched an assault of the Bath tryline as they looked to draw level.

But Bath held out as Warriors took a valuable point away from the West Country.

Director of Rugby Ryan made two changes to the side which fell just short against Leicester Tigers in the last Aviva Premiership encounter as Nick Schonert and Tevita Cavubati came back into the forward pack.

Warriors started off on the back foot as an offside from Matt Cox from the kick-off presented Bath with an early penalty just outside the 22.

But the visitors were let off after Priestland saw his effort crash off the upright before Jonny Arr eventually kicked clear.

Mike Ford’s men were enjoying the early possession in front of The Rec crowd but Warriors were showing their commitment with tackle after tackle in the Bath half.

The hosts did have an opportunity to take the lead when wing Semesa Rokoduguni found space on the right but was halted by the tackles of Chris Pennell and then Wynand Olivier.

But the relief was short-lived as Bath did find their way to the tryline moments later after captain Guy Mercer had bundled his way through the centre before scrum-half Chris Cook teed-up Devoto,  who sidestepped his way to the line.

Warriors had endured a tricky run of fixtures with recent defeats against big-hitters Saracens and Leicester Tigers and were hungry to put in a solid showing against last season’s runners-up.

And the visitors got off the mark after 12 minutes as Heathcote bisected the posts with a penalty from wide on the right.

Tom Homer saw a long-rang penalty attempt drop wide as Bath enjoyed a spell of dominance before Priestland did eventually add a further three points from the boot with his side’s third penalty attempt of the afternoon.

And the visitors looked to find their way into the game after making their defensive work worthwhile when Mills struck a 45-metre penalty through the posts to cut Bath’s lead to just four points.

Warriors knocked on the door of their opponents and forced a series of penalties as the half wore on.

Heathcote had a chance to reduce his side’s deficit to one point with a penalty from the right touchline but saw his effort drop agonisingly wide.

Warriors were starting to gain more possession at a rainy Rec. And the backline came to life as the visitors took the lead in sensational style with nine minutes of the half remaining.

Olivier found space on the overlap before receiving the ball from Mills and racing down the left.

With the 22-metre line approaching, the South African teed-up Vuna who raced towards the line, and despite being clipped round the ankles by Homer, the Australia international managed to roll over and put Warriors 11-10 ahead.

After soaking up the early pressure, the visitors were well and truly on top and their forward packed forced another penalty at the scrum before Heathcote kicked into touch ten metres out.

But Niall Annett’s lineout was adjudged to have been thrown at an angle and Bath avoided conceding.

And Warriors were punished as Bath raced down the other end and touched down with time up on the clock to retake the lead.

Warriors defended valiantly but when England centre Jonathan Joseph found Agulla on the wing, the Argentine managed to race forward and ground the ball in the corner, despite Mills and Pennell attempting to bundle the winger out of play.

Bath started the second period on the front foot and added another three points through Priestland’s second penalty of the afternoon as the hosts went 18-11 ahead.

But that kick was cancelled out by Heathcote’s second strike of the afternoon as the sides went toe-to-toe.

Bath had a spell where they pinned Warriors back in their own 22 as the sides played out a series of set-pieces.

But Warriors survived and cleared the danger before Bath introduced an array of international talent from the bench.

Agulla continued to threaten the Warriors backline as Bath enjoyed another good spell midway through the second-half and was bundled into touch by Pennell and Bryce Heem just after the hour mark as the game remained a tight affair.

Warriors prevented Bath from going over for a third try with just over ten minutes remaining after repelling a driving lineout but Priestland added another three points to give Bath a 21-14 lead.

The visitors refused to give up and pushed Bath further back as they went through phase after phase of attack.

It was Bath’s turn to defend resiliently as they kept Warriors at bay and proved impregnable as they looked to hold on to their lead.

And the hosts finally managed to win possession and clear upfield before they were penalised for a knock-on to allow Charlie Mulchrone to kick the ball out of play and guarantee his side a losing bonus point.