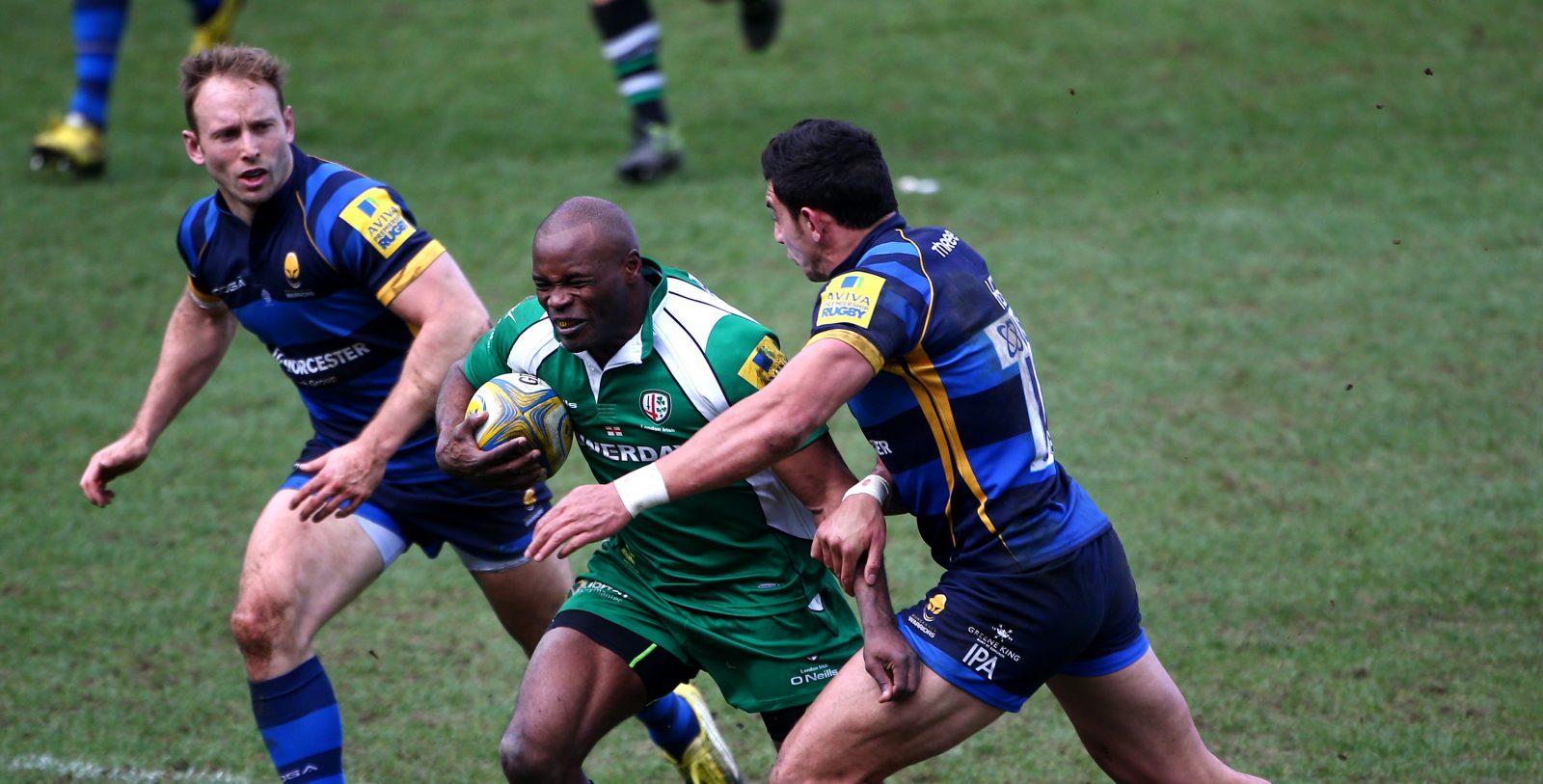 Warriors claimed a losing bonus point at the Madejski Stadium as London Irish battled to a 20-13 win.

The Exiles dominated the first-half and built-up a 10-3 lead at the break as Shane Geraghty converted a Ciaran Hearn try before adding a penalty in reply to three points from Ryan Mills.

Warriors looked the better team in the second period and reduced the deficit to two points through Bryce Heem.

But Irish responded through a converted Andrew Fenby try as Warriors found themselves looking to turn the game around.

Val Rapava Ruskin touched down for Warriors to give the visitors hope but a late Geraghty penalty settled proceedings in Reading.

Ryan Lamb was a late addition to the starting line-up after an injury to Tom Heathcote in the warm-up as Warriors went into the match knowing a win would put a significant gap between them and their opponents at the foot of the table.

But it was Irish who pressed from the start and forced a penalty inside the opening three minutes as they camped on the Warriors tryline.

Fly-half Geraghty was off-target with his kick, however, as Dean Ryan’s men survived the early scare.

Warriors found themselves pinned in their own half in the opening exchanges and were forced to clear the ball into touch on several occasions.

And Irish increased the pressure on the visitors as flanker Jebb Sinclair broke into the 22 before recycling the ball.

The hosts pushed for an opening try and thought they had it courtesy of prop Halani Aulika, but the referee Wayne Barnes ruled against the try after the melee was assessed by the TMO.

Warriors were struggling to get into the game as Irish moved the ball across the backline and the hosts struck the first blow courtesy of a fine individual effort from Hearn.

The centre received the ball in space through the middle after Chris Pennell had been halted in the opposite direction and chipped the ball into the 22.

The bounce favoured the Canadian, who claimed the ball once again and leapt underneath the posts to give Geraghty an easy conversion.

Warriors were awaken by the try and started to move the ball across the backline, making ground into the Irish 22 before the attack came to an end.

And Warriors eventually got off the mark as Ryan Mills launched a penalty from a tough angle on the Irish ten-metre line to cut his side’s deficit to four points at 7-3.

Both sides looked hungry for victory and Warriors were let-off again as Geraghty’s crossfield kick drifted into touch with Aseli Tikoirotuma in space down the left.

And moments later Cooper Vuna touched a grubber kick down over his own line as Irish stormed forward.

Warriors were putting in huge tackles as Irish looked to penetrate through the middle – GJ van Velze halting Geraghty as he raced down the centre.

But Irish’s kicking was causing Warriors huge problems and despite Heem making a super last-ditch tackle to deny Topsy Ojo, the winger was yellow-carded for tripping up Scott Steele with Geraghty adding his first penalty of the afternoon to give the hosts a 10-3 advantage.

Warriors continued to defend resiliently and denied Irish their second try when Pennell raced out to force Fenby to knock-on with Hearn and the tryline beckoning.

The sides turned around with Irish seven points ahead but it was the hosts who looked to strike first in the second period as Ojo touched down in the corner.

But Barnes ruled the try out for obstruction in midfield in the lead-up to the score.

Warriors were awarded a penalty as a result and kicked into touch deep inside the Irish 22 as they piled men forward.

And after switching the ball across to the left and coming up against a brick wall, play made its way back over to the right as Vuna teed-up Heem, who raced in to give Warriors their first try of the afternoon.

Symons was unable to convert from the touchline but Warriors were well and truly back in the game with just a two-point deficit.

The game switched from end to end and Irish raced back into the Warriors 22 as they pressed for the line.

Donncha O’Callaghan was sent to the sin-bin as Irish were awarded a series of penalties and the hosts finally touched down as Fenby exploited a gap, before Geraghty converted.

Warriors continued to show real fight and pinned Irish back on their own line as they searched for a way back into the game.

Hooker David Paice was then sin-binned as Warriors intensified the pressure but the hosts repelled the visitors’ advances to stay 17-8 ahead.

However, Warriors refused to lie down and kept knocking on the door as the final ten minutes approached.

And Ryan’s men got their reward as Rapava Ruskin forced his way over the line following a sustained period of pressure on the Irish tryline.

Warriors were now just 17-13 behind and could sense a comeback after an improved second-half performance.

But they were dealt a blow as Geraghty added his second penalty of the afternoon to put Irish seven points ahead.

Still Warriors pressed as the away forwards took it in turns to batter the home defence, but they could just not find a way through.

And when Irish won a penalty with just a few minutes remaining, they took the opportunity to clear their lines and alleviate the pressure.

Warriors looked for one more attack as they kicked a penalty out on the halfway line with time virtually up on the clock.

But Irish turned the ball over to hang on for victory.