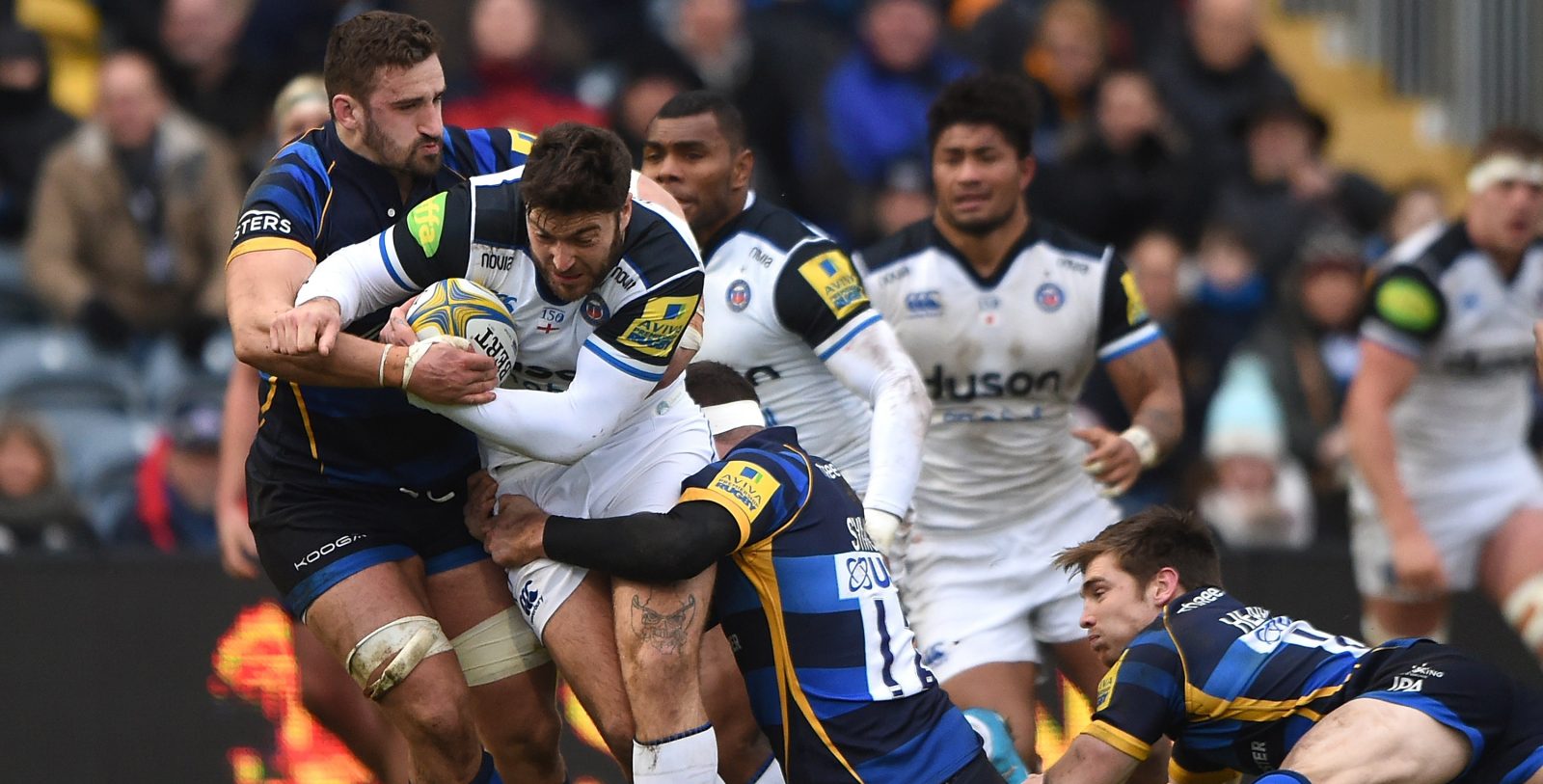 Warriors were unable to overcome a stubborn Bath Rugby side at Sixways as a second-half comeback from the West Country side meant Dean Ryan’s men had to settle for a losing bonus point.

Warriors raced to a 14-3 lead after 25 minutes as Cooper Vuna and Donncha O’Callaghan both went over after fine attacking moves.

Tom Homer, who had opened the scoring, added a second penalty before the break as the teams turned around with Warriors 14-6 to the good.

But it was Bath who dominated the second period as Semesa Rokoduguni stole possession under the high ball before teeing-up Jonathan Evans in the corner.

Homer converted before adding his third penalty of the afternoon to put Bath 16-14 ahead in the closing stages.

Warriors pushed and pushed as the clock ticked past 80 minutes and, in a dramatic finale, went through phase after phase in search of a winner.

But it wasn’t to be for Warriors as they couldn’t find a way through before Bath won possession and cleared into touch.

Warriors started strongly and piled the pressure on the West Country side in the opening exchanges as they played the ball across the backline in a string of attacking phases.

Bath defended well as they were pinned back in their own territory but finally alleviated the danger as they won a penalty in the Warriors half and went ahead courtesy of Homer’s kick.

But the home supporters were soon on their feet as Warriors quickly played the ball across to the left and launched an exciting attack as captain GJ van Velze burst his way into the Bath 22.

The visitors thought they had cleared their lines when they forced a penalty and kicked to the halfway line, but Warriors won possession and looked to move the ball forward once again.

And the hosts went ahead in sensational fashion as Wynand Olivier found a gap in midfield and raced forward before offloading to Chris Pennell, who teed-up Vuna to dot down in the corner.

Bath looked for an instant response as they moved forward. But Warriors repelled their advances before Matt Banahan’s crossfield kick drifted over the head of Rokoduguni with the tryline beckoning.

Warriors looked a class above their opponents as they dominated both possession and territory and they didn’t have to wait long before their second try of the afternoon.

Van Velze and Olivier exchanged passes as they raced down the left before the centre put away Ireland legend O’Callaghan who forced his way over from close range.

The converted try gave Warriors an 11-point cushion after 25 minutes as the hosts enjoyed a dream start to the match.

Homer added another three points before the half-hour mark to cut Warriors’ lead to 14-6 but the first-half was virtually one-way traffic in the hosts’ favour.

Bath were able to launch one more attack before the first-half ended but it came to nothing as Adam Hastings’ drop-goal attempt fell wide before the referee JP Doyle brought the half to an end.

Warriors found themselves on the backfoot in the opening minutes of the second period but were given a boost when centre Max Clark was sent to the sin-bin after sliding into Bryce Heem with his feet.

Homer missed a penalty as Warriors survived another scare before the home side looked to assert themselves once again.

But it was Bath who grabbed the next score after Rokoduguni had dispossessed Pennell under a high ball.

The Bath winger stole the ball before offloading to replacement Evans, who raced in to score.

Homer converted from the tightest of angles as Warriors found themselves with only a one-point lead with just under half an hour remaining.

Warriors continued to battle and Heathcote saw a penalty attempt from just inside the Bath half drop wide on the hour-mark as the hosts looked to keep the scoreboard ticking over.

Homer nearly got on the end of a long kick forward at the other end before the Bath full-back added his third penalty of the afternoon to put Bath ahead for only the second time of the afternoon at 16-14.

Warriors refused to give up as they made a string of replacements and they kept the pressure on Bath as Mills and Heathcote were unfortunate to see their late penalties drop wide.

The hosts pressed as the clock ticked past 80 minutes and pushed for a late winner.

Ryan Lamb’s drop-goal attempt was charged down but Warriors held onto possession as the home players took it in turns to bash their way forward.

But after a prolonged spell of pressure, Bath turned the ball over and cleared to touch to secure victory.