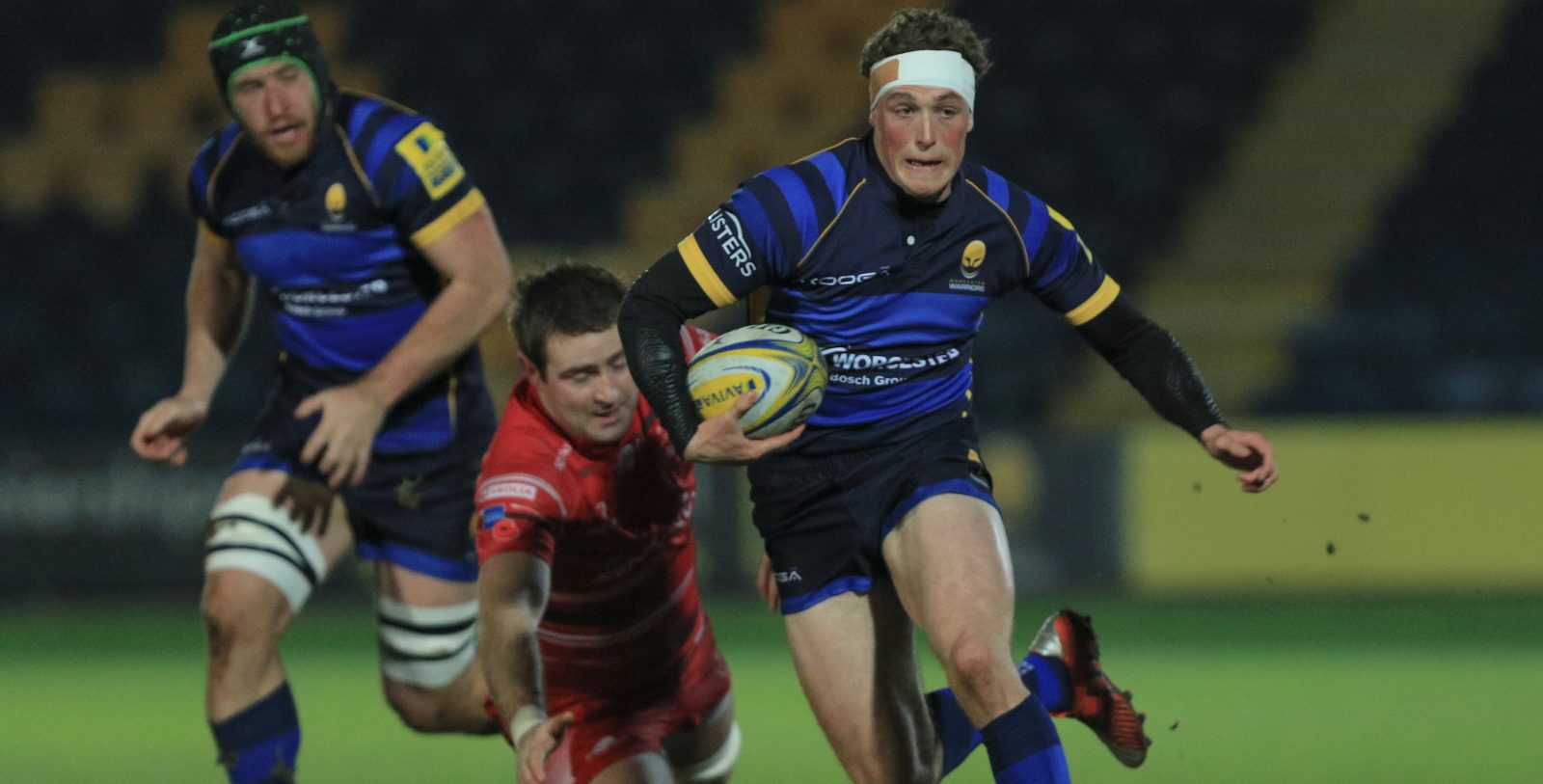 Perry Humphreys was the star of the show at Sixways as the young winger produced a sensational solo performance and went over for four tries to help Cavaliers defeat the Army.

After an early try from Ben Howard, the Army competed well for a quarter of the match before the floodgates soon opened.

Humphreys went over for Cavaliers’ second try of the night before the referee awarded the hosts a penalty try.

Howard soon grabbed his second as Mark Hewitt’s men turned around with a 24-0 advantage.

It was one-way traffic after the break as Humphreys raced over before Mat Gilbert got in on the scoring following a fantastic break from trialist Jordan Simpson-Hefft before Humphreys continued his fine display with a quickfire double for his third and fourth.

Charlie Mulchrone put Cavaliers on cloud-nine with his side’s penultimate try before Simpson-Hefft rounded off the win with the tenth try of the night.

Cavaliers dominated the early exchanges and piled the pressure on the visitors as Tiff Eden raced forward before seeing his long pass drift forward.

And they didn’t have to wait long for the opening try of the evening as Howard produced a delightful grubber kick towards the tryline before gathering his own kick to slide over.

Eden’s conversion attempt was just off-target but Cavaliers were looking to get ball in hand at every opportunity to attack their opponents.

The Army lacked no endeavour as they also illustrated an expansive style of rugby as both teams looked to gain the advantage on a cold night at Sixways.

And Cavaliers soon doubled their lead as Humphreys found himself on the end of a fine attacking move to swoop in and dot down.

The Army were enjoying their fair share of possession but they could not find a way to penetrate the home defence.

Cavaliers, on the other hand, were making sure they made the most of their opportunities whenever they found territory.

And when the Army illegally prevented the hosts from going over for their third try, the referee awarded Cavaliers a penalty try.

By this stage the tries were coming thick and fast for the hosts and Howard soon added his second as he raced down the right before touching down after youngster Max Hill had smashed his way past a series of Army defenders.

That gave the hosts a 24-0 lead at the break as the Army started to look short of any real ammunition.

Cavaliers soaked up the pressure after the break but soon had their fifth try as Humphreys again found himself on the end of a quick break to go over for his second try.

The Army refused to retreat and fought back as Billy Allington and Rob Lennox combined well before fly-half Jamie Laing’s crossfield kick was intercepted by Humphreys.

Cavaliers alleviated the danger and raced up the other end to claim a sixth try despite a valiant defensive effort from Army winger Frank Boginisoko, who demonstrated blistering pace to somehow halt replacement Simpson-Hefft just short of the tryline.

But with men over for the hosts, Gilbert was on hand to finish off the move.

And the scoring didn’t stop there as Cavaliers were soon in seventh heaven courtesy of Humphrey's hat-trick who to put the hosts 43-0 to the good.

The Army were struggling to even get out of their own half as the match wore on and Humphreys went over for his fourth try after showing too much speed for the Army backline before finishing in the corner.

And Humphreys soon turned provider as he raced down the left before offloading to Alex Hearle, who teed-up Mulchrone for a ninth try.

The Army looked for one last attempt to get on the scoresheet but it was Cavaliers who claimed the final score as Simpson-Hefft added his second before Eden converted.