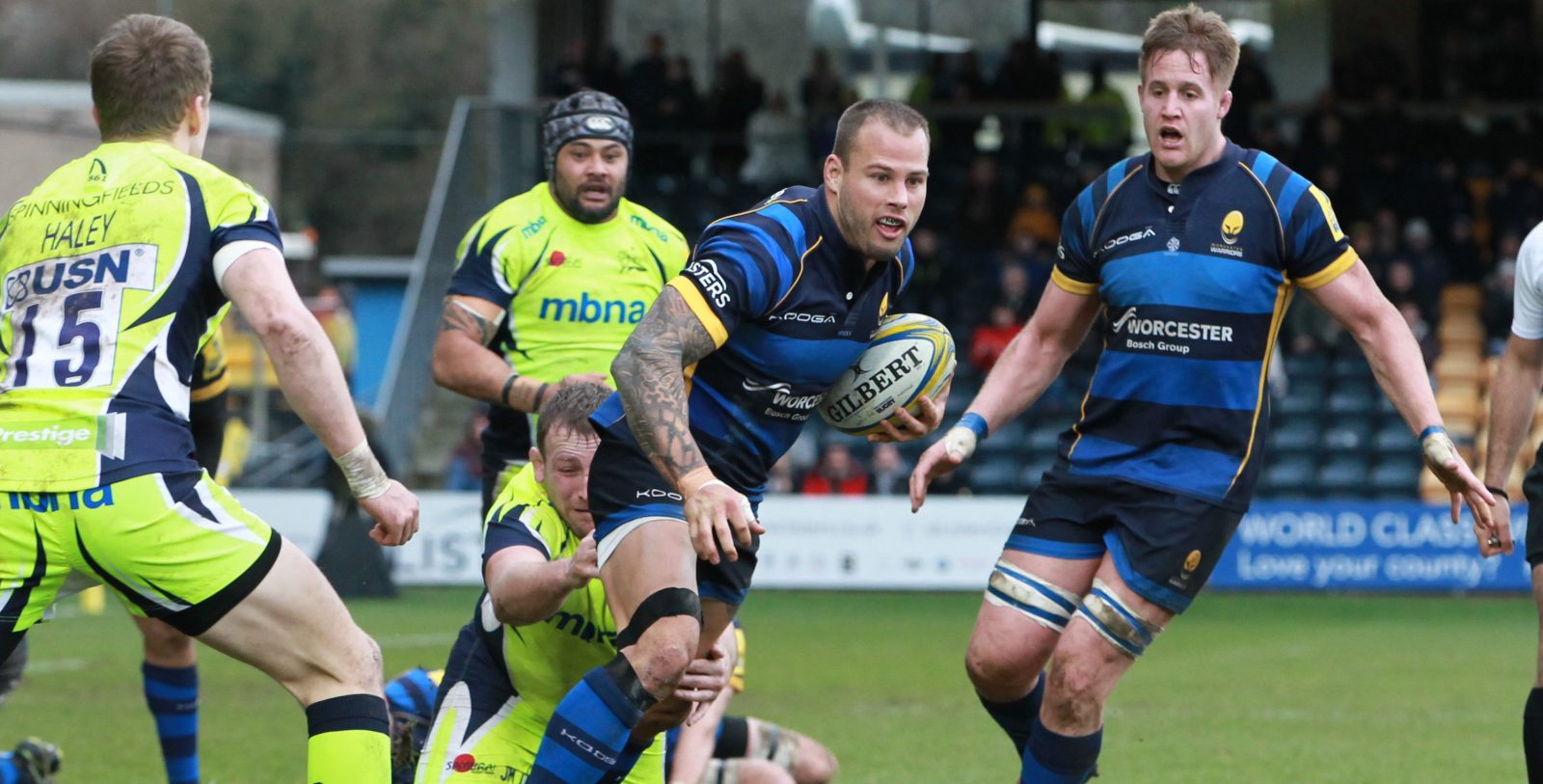 Director of Rugby Dean Ryan names an unchanged side from last weekend’s win against Sale Sharks, as Warriors go in search of doing the double over Northampton Saints at Franklin’s Gardens this Saturday (kick-off 2.45pm).

Worcester sealed a dramatic 13-12 win back in October’s Aviva Premiership curtain-raiser with Saints, thanks to Tom Heathcote’s last-minute drop-goal and the fly-half is given the nod ahead of this week’s Round 14 fixture.

Ryan Mills and Wynand Olivier start in the centre while Chris Pennell, Bryce Heem and Cooper Vuna complete the back three.

In the pack, Georgians Val Rapava Ruskin and Jaba Bregvadze start alongside tighthead Nick Schonert, with the experienced Donncha O’Callaghan next to Darren Barry in the second row.

GJ van Velze skippers the side from the back row alongside fellow countryman Dewald Potgieter and openside flanker Carl Kirwan, who bagged his first try for the Club last weekend.

Ryan said: “That first game against Saints will be a big motivator for them as well as us. We understand the pressure we’re under and nailing results is very important to us.

“After last weekend’s defeat at Newcastle, they’ll be wanting to come out and play again and that’ll be a huge challenge for us.

“Hopefully last week’s win will be a catalyst for us to keep going and playing with the same intent and to get something else.”

Receive the latest Warriors news straight to your inbox by clicking here to sign-up for our weekly Ezine.