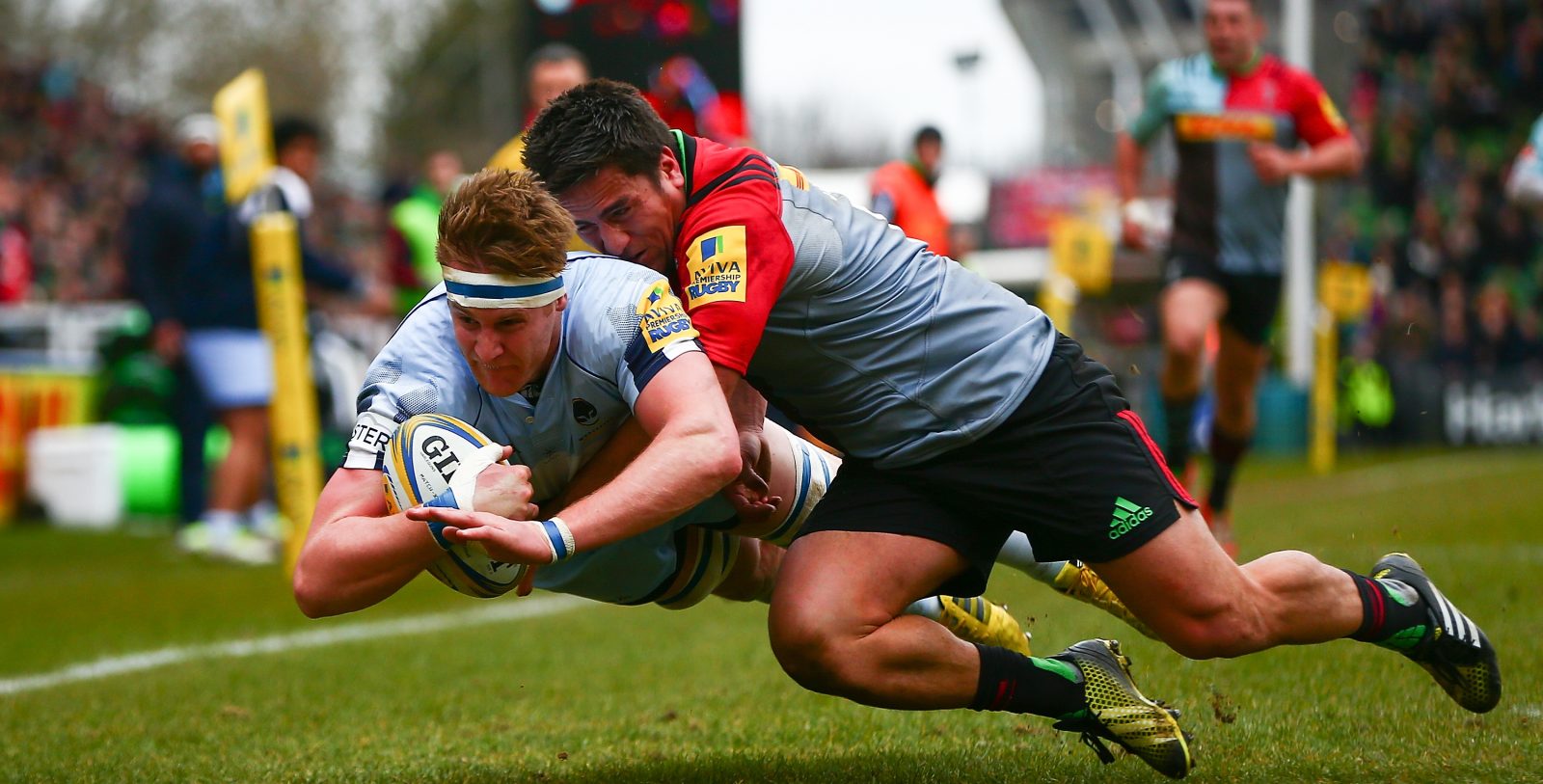 Warriors claimed their third consecutive Aviva Premiership victory for the first time in nine years as they put 2012 champions Harlequins to the sword at Twickenham Stoop.

Warriors dominated from start to finish as they showed their attacking flair and defensive steal.

Ben Botica and Tom Heathcote exchanged a pair of penalties in the early stages before the game came to life when South Africa international Wynand Olivier stormed his way over the tryline midway through the first-half.

The visitors then added their second try as captain GJ van Velze made the most of a mistake by Harlequins winger Henry Cheeseman to race down the right and dive over the line to give Warriors an 18-9 half-time lead.

The second-half was a closer affair as defences came out on top but still Warriors dominated as they looked for back-to-back away Premiership wins.

Botica kept Harlequins in the game from the tee but Heathcote’s strike seven minutes from time ensured Warriors went home with four points.

Harlequins started well and took the lead inside the opening five minutes as Botica thrashed a penalty through the posts.

But Warriors looked to show their ability at every opportunity and soon went on the attack as Heathcote levelled the scores with a kick of his own.

Dean Ryan’s men were starting to gain the ascendency as they moved the ball from side to side and Heathcote nudged Warriors ahead with his second penalty of the afternoon after a good spell of pressure.

The kick tennis ensued, however, as Botica made it 6-6 with a routine penalty moments later.

But it was Warriors who were making all the headway as Francois Hougaard looked to control the game from scrum-half.

The South Africa international’s speed of pass was making life difficult for the hosts and, following a good move from the Warriors backline, the visitors went ahead through Olivier, who forced his way to the line.

Warriors were starving Harlequins of any real possession and the solid away defence was stamping out any threat the hosts posed.

And Ryan’s side went over for a second try in remarkable fashion as Harlequins winger Cheeseman threw the ball straight to Van Velze before he was bundled into touch by Bryce Heem.

As the Harlequins players stopped, Van Velze raced down the right before diving over as a hostile home crowd started to boo the referee Craig Maxwell-Keys.

Heathcote slotted the conversion from a tight angle as Warriors cruised to an 18-6 lead.

The hosts were struggling to stamp their mark on the game in the absence of a host of international stars, but Botica kept Harlequins in the game with his third penalty minutes before the interval.

The second-half began in the same fashion as the first as Botica struck a penalty towards goal for the hosts.

But it dropped wide as Warriors held onto their nine-point advantage.

Heem was instrumental for Warriors as he looked to break forward time and time again as Warriors found themselves in good positions.

Warriors camped on the hosts’ 22-metre line as they knocked on the door through phase after phase but Ryan’s men were unable to increase their advantage against a resilient Harlequins defence.

As Warriors attacked again Biggs was thwarted by Charlie Walker as he raced down the left before the Warriors number 11 was nearly in for a try minutes later, only for the bounce to favour the Harlequins defence.

Harlequins refused to surrender and Botica put them back to within one score of the visitors with the first points of the second-half to cut Warriors’ lead to 18-12 with just over ten minutes remaining.

The penalty set-up a nervy climax but Heathcote calmed the travelling supporters with his third penalty of the afternoon with seven minutes to go.

However, within seconds Warriors had conceded another penalty within striking range and Botica again put Harlequins within seven with his fifth strike of the afternoon.

But if the home supporters had expected a late comeback, they were left disappointed as Warriors saw the game out confidently as they kept hold of the ball and ran the clock down to claim the win.