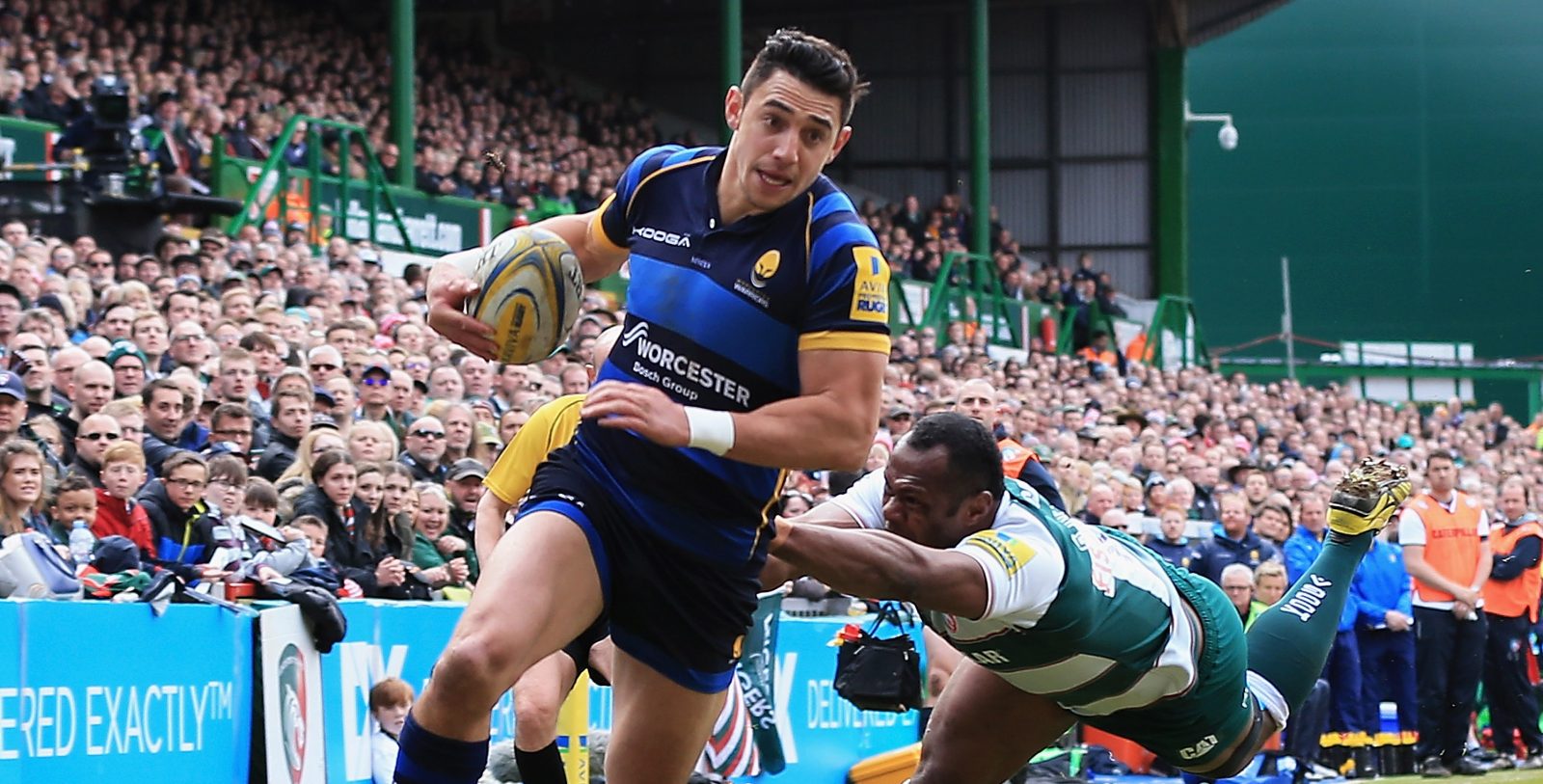 Warriors couldn’t prevent Leicester Tigers from cementing their place in the Aviva Premiership play-offs as the 2013 champions ran-out 31-17 winners at Welford Road.

Warriors illustrated their attacking ability throughout as they dominated much of the game – but Leicester eventually ground out the win.

Dean Ryan’s men opened the scoring through Ryan Mills’ early penalty before Newcastle-bound Vereniki Goneva touched down for the hosts.

Warriors were back ahead within minutes as Bryce Heem made the most of Francois Hougaard’s break to score in the corner.

Giant number eight Opeti Fonua crashed over for Leicester’s second after 26 minutes as the game started to open up.

Both sides continued to attack and Andy Symons broke through to give Warriors the advantage once again before full-back Telusa Veainu evaded a string of tackles to dive over in the corner and give Leicester a 21-17 half-time lead.

The visitors gained the ascendency as they looked for their third but Will Evans found himself at the bottom of a driving maul to take the game away from Warriors in the final quarter.

Owen Williams added the conversion and a late penalty as Warriors went away empty-handed.

Warriors travelled to Welford Road in search of a first win in three games in their final away clash of the campaign.

With Leicester looking to secure their place in the Aviva Premiership play-offs, there was no danger of the match becoming any sort of dead rubber, despite Warriors’ top-flight status being confirmed at the start of the month.

After a number of early scrums illustrated Warriors’ strength up front, the visitors took the lead courtesy of a Mills penalty inside the opening ten minutes.

But Warriors soon gifted the hosts the lead when Chris Pennell’s pass out to the right was intercepted by Goneva, who ran in unopposed from the halfway line, before Williams converted.

The try spurred Warriors into life and they were instantly back in the game.

With Leicester looking to make ground on the halfway line, GJ van Velze made a crunching tackle, which allowed Hougaard to take advantage of a loose pass and race down the right.

With three defenders chasing the South African, he offloaded to Heem, who cruised to the line and put the visitors back into the lead.

Tom Heathcote struck a splendid kick from the byline as Warriors went 10-7 ahead midway through the opening period.

Both sides looked to attack and put their opponents under pressure in the dry conditions but it was Leicester who looked the more likely of the two to get the next score.

Warriors looked assured in defence, putting in tackle after tackle as Leicester edged their way towards the tryline.

But the visitors had too much physicality for Dean Ryan’s side and forward Fonua eventually brushed off Niall Annett before flopping over the line.

Williams converted for a second time to put Leicester 14-10 ahead just before the half-hour mark.

Warriors had shipped 50 points for two consecutive games in the previous rounds, but looked much more confident this time out as they played some good attacking rugby.

And the Sixways side had their second try of the afternoon just before the break as Heem teed-up Symons, who exploited a gap in midfield before dotting down.

But that wasn’t enough to give Warriors a half-time lead as Leicester still had time to race up the other end and grab their third try of the day.

Goneva passed to full-back Veainu, who somehow wriggled his way to the tryline to dive over in the corner before Williams added the extras to give Leicester the lead at the interval.

Warriors brought Sam Betty on at the break and stormed forward from the kick-off, putting Leicester under intense pressure as the heavens opened.

Cooper Vuna raced down the right before Warriors fizzed the ball across the backline in search of a way through.

Symons was metres short of finding his way to the line but Leicester somehow managed to win possession before clearing the ball to touch.

Warriors were very much in the ascendency in the third quarter as they battered the hosts and looked to create chances.

But with the rain now pouring down in the East Midlands, an end product was harder to muster.

Warriors missed a gilt-edge chance to narrow their deficit to one point when Heathcote saw a penalty attempt crash back off the post after 55 minutes.

And the visitors were made to pay with 16 minutes remaining as Leicester- with their first meaningful attack of the half – drove their way over the tryline after kicking a penalty into touch five metres out.

The Leicester forward pack had too much power and replacement Evans was able to ground the ball to put distance between the two sides and secure a try bonus point.

Williams’ kick gave the hosts a 28-17 lead and made them firm favourites to claim victory despite Warriors looking the more dangerous of the two sides for long spells.

The Leicester fly-half soon added his first penalty of the afternoon as the game started to run away from Warriors.

But Warriors continued to battle till the end and looked to create chances as the final minutes ticked away.

Ryan Lamb burst forward after a clever pass from Heem before Tevita Cavubati nearly found a way to the line in the closing stages.

But Warriors just couldn’t find a way through as Leicester held out for victory and a place in the end of season play-offs.