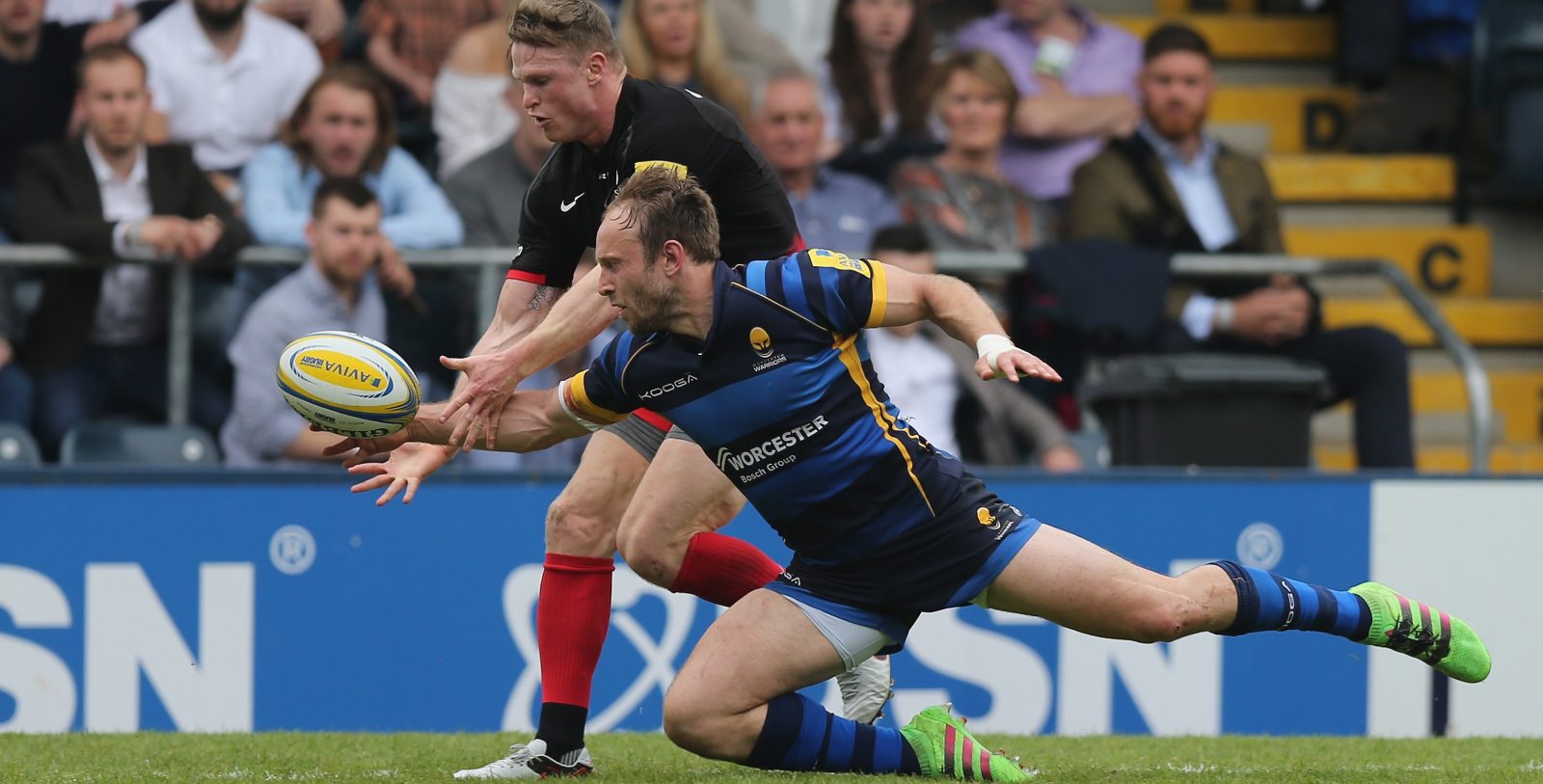 Saracens showed just why they’re in the running for a European and domestic double as they showed flashes of brilliance to defeat Warriors 43-19 at Sixways.

Warriors had taken the lead after four minutes as Andy Symons found a way to the line before Neil de Kock cancelled it out a few moments later.

The hosts went ahead once again midway through the first-half as Cooper Vuna managed to dot the ball down in the corner as he was bundled into touch.

But that was as good as it got for Warriors as Saracens dominated from there on in.

Chris Ashton grabbed his first try of the afternoon before Charlie Hodgson nudged the visitors ahead for the first time from the tee.

And Saracens put distance between the two sides with a quick-fire double before the break as Ashton scored his second before number eight Samu Vunisa claimed the visitors’ try bonus point.

The second period was not as much of a try-fest but Saracens all but put the game to bed as Ashton claimed his hat-trick after 51 minutes to give the North London club a 34-14 lead.

Ben Ransom added a sixth before Vuna scored the try of the game after Bryce Heem had raced 60 metres down the right.

The Warriors supporters were in a celebratory mood as their side looked to sign-off the 2015/16 season by upsetting the Aviva Premiership table-toppers.

Warriors started well as Luke Baldwin looked to fire the ball across the backline to get his side moving.

And with the sun beaming down on Sixways, it was the hosts who took an early lead as Symons forced his way over the line inside the opening five minutes.

Saracens had already secured Premiership top-spot but were looking to build momentum ahead of their European Champions Cup final to for.

And they soon got their first try of the afternoon as Alex Goode stormed down the left before teeing-up De Kock, who ran in unopposed.

Hodgson cancelled out Tom Heathcote’s earlier conversion to level the scores at seven apiece in a frantic start to the game.

The match was proving an entertaining affair and Niall Annett soon had the crowd on its feet as he battered his way through a series of tackles before making ground down the left and kicking towards the corner.

Saracens survived but were up against it as Warriors played with an attacking freedom.

And Warriors had their second try after 18 minutes as Chris Pennell cruised down the left before offloading to Vuna, who somehow manged to dot the ball down in the corner despite being bundled into touch at the same time.

Heathcote converted from the touchline as Warriors swept to a 14-7 lead against last season’s Premiership champions.

The quality was high at Sixways and England duo Goode and Chris Ashton soon illustrated their international pedigree as they combined for Saracens’ second try.

Goode received a high kick before breaking through midfield and finding Ashton, who raced to the corner to reduce his side’s deficit to 14-12.

Goode was then lucky at the other end as a bounce from a high kick went straight to his hands with Vuna ready to pounce.

Warriors continued to attack on the dry pitch but Saracens nudged ahead for the first time in the match just after the half-hour mark as Hodgson kicked his first penalty of the afternoon.

Saracens started to dominate proceedings as the first-half entered its latter stages and number eight Vunisa got himself on the scoresheet two minutes before the break after good work from the forward pack.

And Saracens still had time to grab their bonus-point fourth try on the stroke of half-time as Goode raced forward and kicked towards the line to allow Ashton to ground for his second of the game.

Hodgson’s conversion put the visitors 29-14 ahead at the interval as Warriors found themselves with everything to do in the second period.

The tempo died down slightly after the break as both sides made a string of replacements but Saracens stretched their lead further after 50 minutes as Ashton raced onto another grubber kick to claim his hat-trick.

Alex Grove and Charlie Mulchrone both came off the bench for their final ever match in Warriors colours as the hosts faced the unenviable task of hunting down a 22-point deficit.

Warriors camped in the Saracens 22 before firing the ball across the backline but it came to nothing as the visitors’ defence proved hard to penetrate.

The hosts were nearly in again for their third try midway through the second-half though as Dan Sanderson caught a restart before racing towards the 22 and attempting a chip towards the line. But Vunisa caught the ball before putting Saracens on the front foot once again.

The visitors searched for a seventh try but it was Warriors who had the final say as Vuna scored the try of the match minutes before the end.

Ryan Lamb caught a long kick deep inside his own half before offloading to Warriors’ Player of the Season Heem.

Heem raced 60 metres down the right before offloading to Carl Kirwan.

Kirwan was halted just shy of the tryline but managed to get the ball out to Vuna, who finished from close range to put the crowd on their feet once again.

It was too little, too late for Warriors but the season as a whole will be viewed as a great success as Ryan’s men claimed seven wins and a tenth-placed finish.