Season Tickets are now on general sale as the excitement already starts to build ahead of the 2016/17 season.

And this week we're giving away a 2016/17 home shirt signed by the Warriors squad.

We can also today reveal that 27-year-old Joe Stanford-Turner is the winner of our second competition. 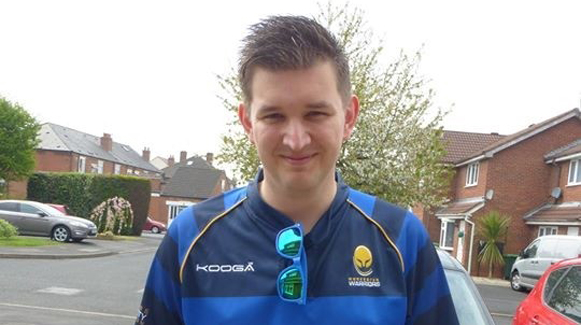 Joe, who is from Cradley Heath and sits in the East Stand, has won Francois Hougaard’s signed boots.

Joe said: “I am absolutely over the moon to win Francois’ boots. He has been one of the stand-out players of the season and has quickly become a true Warrior.

“I wish Francois all the best at the Sevens in Rio and I can’t wait to see him and the rest of the squad at Sixways next season.”

“During the last year we have started to travel to away matches as well because we love Warriors that much.

“We also have great Season Ticket holders sitting next to us and they are like our extended family.”

Season Ticket competitions will be running until our Early Bird window closes on Friday 3 June.

And we've still got a whole host of fantastic prizes on offer – so sign-up now to be in with a chance to win one.

Season Tickets are available to purchase by clicking here, visiting the Ticket Office or calling 01905 459309.

Week 4
Buy your Season Ticket by 11.59pm on Sunday 29 May and enter our draw to WIN an upgrade to XV Club Hospitality for 2 people to any Warriors home game in the 16/17 season. You will also be entered into the prize draw for Week 5.

Week 5
Buy your Season Ticket by 5pm on Friday 3 June and enter our draw to WIN £150 of Sixways Store vouchers.

Winners will be announced on a weekly basis one working day after the competition has closed.

Professional Game Board statement on return to training