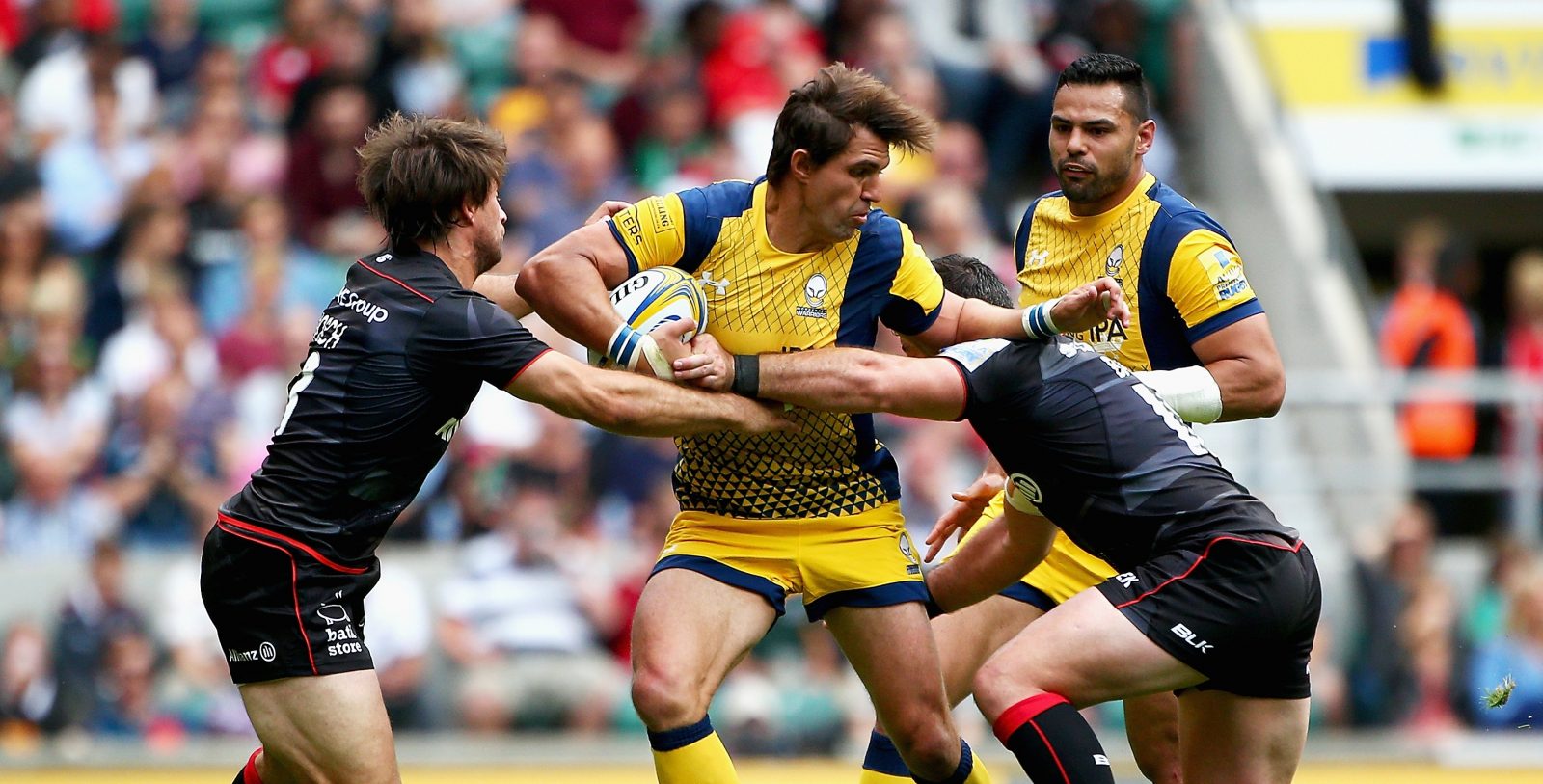 Warriors produced a brave first-half performance but eventually went down to Saracens at Twickenham after the Aviva Premiership and European champions turned it on in the second period.

Carl Hogg’s side went toe to toe with the hosts in the first-half, restricting Saracens to two Alex Lozowski penalties with a fantastic defensive display.

Ryan Lamb’s penalty meant Warriors went in at the break with only a three-point deficit but Saracens looked like a different team after the interval.

Jamie George forced his way over for the first try of the afternoon before Lozowski and Schalk Burger also grounded.

Warriors looked to push forward as the match entered its latter stages but Ben Spencer secured a try bonus point for the hosts as he danced his way through the away defence for a sublime individual effort.

Warriors enjoyed the early possession but were forced to defend as Saracens bashed their way into the away 22 in their first real attack of the game.

Saracens piled on the pressure as the visitors were pushed backwards before flanker Burger knocked the ball forward, allowing Warriors to feed the scrum and clear their lines.

The Warriors defence were called into action time and time again, fronting up well, before Lozowski eventually put the hosts ahead with a penalty.

Warriors’ first chance of the game came midway through the first-half as Te’o raced down the right towards the tryline.

But he didn’t quite have the legs to make it all the way as Saracens survived.

Warriors were very much in the game as the half wore on and Dean Hammond and GJ van Velze put in huge hits to show Saracens they were in a battle.

Warriors fought hard to get off the mark and levelled the scores thanks to Lamb’s first kick at goal after 26 minutes.

Saracens just could not find a way to penetrate the Warriors defence and Hammond made a huge tackle on Chris Ashton on the half hour mark to prevent a certain try.

The ball broke to George Kruis, who couldn’t give his side the lead – dropping the ball as he bundled his way to the tryline.

The visitors were making tackle after tackle as they looked to prevent their opponents from gaining any momentum at the home of English rugby.

Warriors looked confident with ball in hand when they did get a chance to attack but the hosts went in 6-3 ahead at the break as Lozowski, who missed two first-half penalties, added his second kick of the afternoon.

Saracens stretched their lead in the early moments of the second period as Lozowski made it a hat-trick of penalties and the hosts went over for the first try of the game as George bundled his way over from a driving lineout.

The converted try put Saracens 16-3 ahead as Warriors faced a battle to stay in the game.

Saracens looked to move up the gears in the second period and they were causing Warriors all sorts of problems.

Alex Goode saw a penalty attempt cannon back off the post before Lozowski found a gap and dived over the line as Mark McCall’s men went 23-3 up.

Hogg’s men continued to show passion and refused to roll over as the replacements started to make their way onto the field.

Christian Scotland Williamson’s introduction after 51 minutes will be seen as a huge positive – the lock making his first appearance since returning from injury after two years out of the game.

But Warriors were up against it after James Johnston was sin-binned and Burger found his way to the tryline for Saracens’ third try of the afternoon just before the hour mark.

Alafoti Faosiliva looked sharp on his debut as he broke through the home defence a number of times as the match wore on.

But it was Saracens who ended on a high as replacement Spencer rounded off the win at the death.