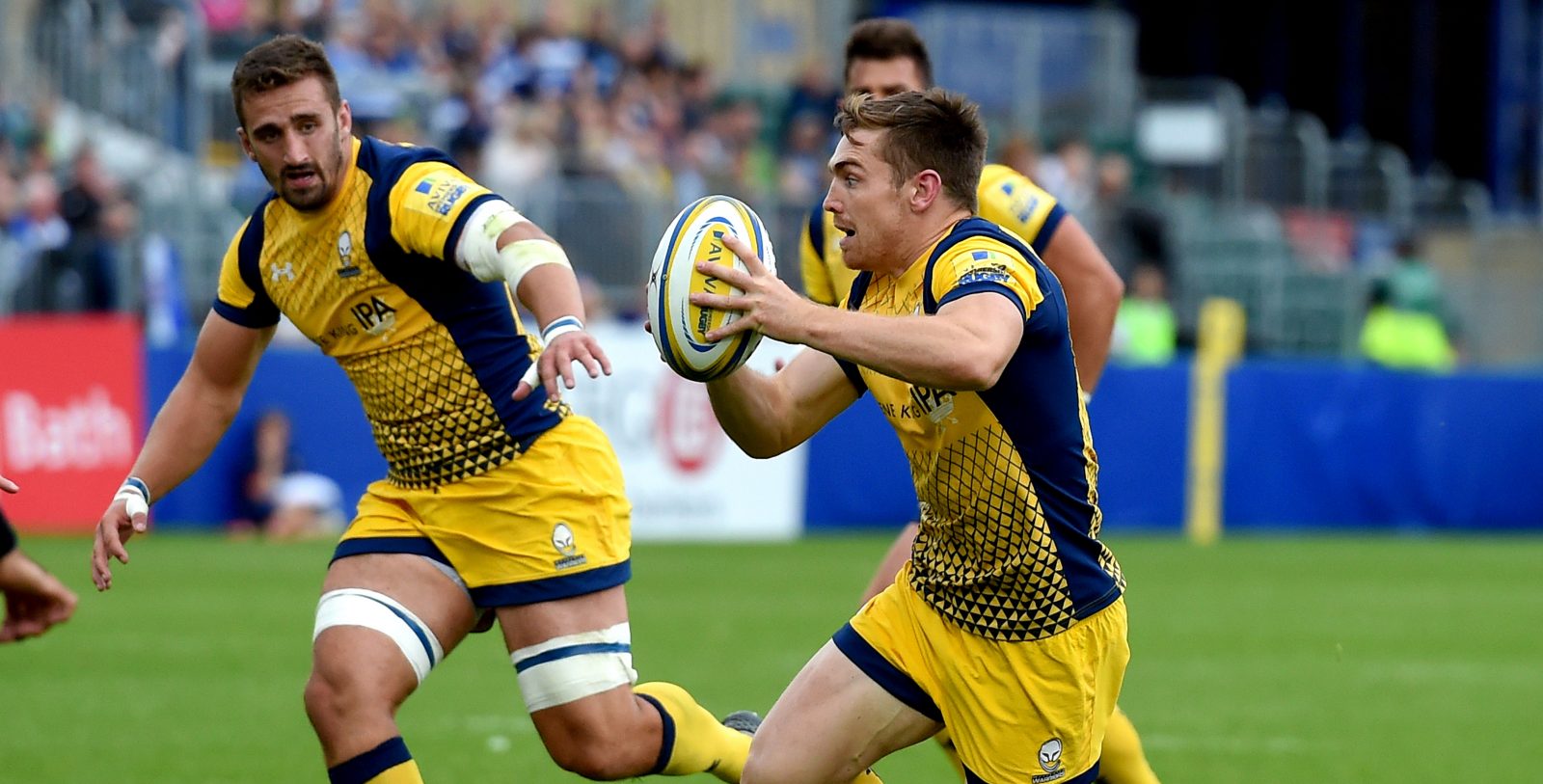 A kicking masterclass from George Ford saw Bath Rugby fight back to beat a youthful Warriors side 37-22 at The Rec.

Despite a 17-6 lead at the break thanks to tries from Niall Annett and Dean Hammond, Warriors were undone in the second period thanks to tries for Anthony Watson, Matt Banahan, Semesa Rokoduguni and Leroy Houston.

Despite Perry Humphreys’ stunning late score, Warriors couldn’t find a fourth to pick up a bonus point at the death and Ford’s 17 points proved to be the thorn as the visitors came away empty-handed.

Bath started much the brighter and missed a glorious chance for the opening try after just two minutes.

With penalty advantage, the backs looked to get the ball wide but a loose pass went into touch with men in space as the chance went begging.

However, the hosts did have the chance to open the scoring from the tee as Ford lined up a fairly straightforward penalty kick – but the England man uncharacteristically missed the target.

Warriors then looked to find their stride and a promising break from Wynand Olivier saw the centre get good yards before looking for Hammond out wide, but the ball was knocked forward by Rokoduguni and the visitors were awarded a penalty.

But the chance came to no avail and Warriors were left feeling hard done by that it wasn’t a yellow card for the England winger.

Warriors continued to apply the pressure and following a clean break from Heathcote, Olivier, Hammond and young Jamie Shillcock all played their part before getting it to hooker Annett who dived over in the corner for the opening points of the afternoon.

Heathcote converted from the angle and Warriors maintained the pressure as they battered their way towards the tryline again straight after.

But they couldn’t make the territory count and Bath won a penalty by their own line to alleviate the danger.

Bath barely spent any more time in the Warriors half during the first period except when they won a penalty 40 metres out which Ford knocked over in the 26th minute.

But it was Warriors who continued to enjoy the possession and territory and they were rewarded when young Shillcock was again the provider, popping it out to Hammond who pushed past his man to touch down out wide.

Heathcote notched the extras from near the touchline and just several minutes later was on target again as he chipped over a penalty from 22 metres.

At 17-3 Warriors looked comfortable but just before the break, Bath forced their way into the Worcester 22 and won a penalty which Ford chipped over to bring them to within 11 at the half-time whistle.

Warriors had a chance early in the second-half to extend their lead but Heathcote’s penalty drifted wide.

And they were soon punished when Houston’s powerful break through the middle opened up Warriors and Watson dotted down under the sticks.

Ford’s conversion brought Bath to within four as the hosts sensed a comeback.

The England fly-half then produced a tidy little chip over the Worcester backline for Rokoduguni to chase but despite the tough task of racing the rapid winger, Shillcock held his man up to prevent a definite score.

However, just a couple of minutes later Ford’s tiny dink over the backline was grasped by the mammoth Banahan who leapt highest to touch down for Bath’s third score.

Ford was the man of the moment and his conversion gave Bath a three-point lead before his pack won him a penalty in front of the sticks to add another three points with the boot.

The hosts didn’t take their foot off the gas and Rokoduguni was helped over the line by his forwards with Ford nudging another two points from the tee.

Warriors responded immediately with a rare spell in the opposition 22 and despite the daunting amount of defenders out wide, Humphreys bashed his way over in the corner – reminiscent of last week’s dazzler against Gloucester Rugby.

Heathcote couldn’t quite land the conversion as Warriors found themselves within eight.

But Bath soon had their fourth and bonus-point try when Houston dived over out wide and Ford added the extras to all but seal the win.

At 37-22 Warriors still fought hard for a bonus-point, fourth try and despite being inches from dotting down, the ball was lost forward and the opportunity slipped away.

Warriors host Sale Sharks at Sixways next Saturday as Carl Hogg’s side search for their first win of the campaign.