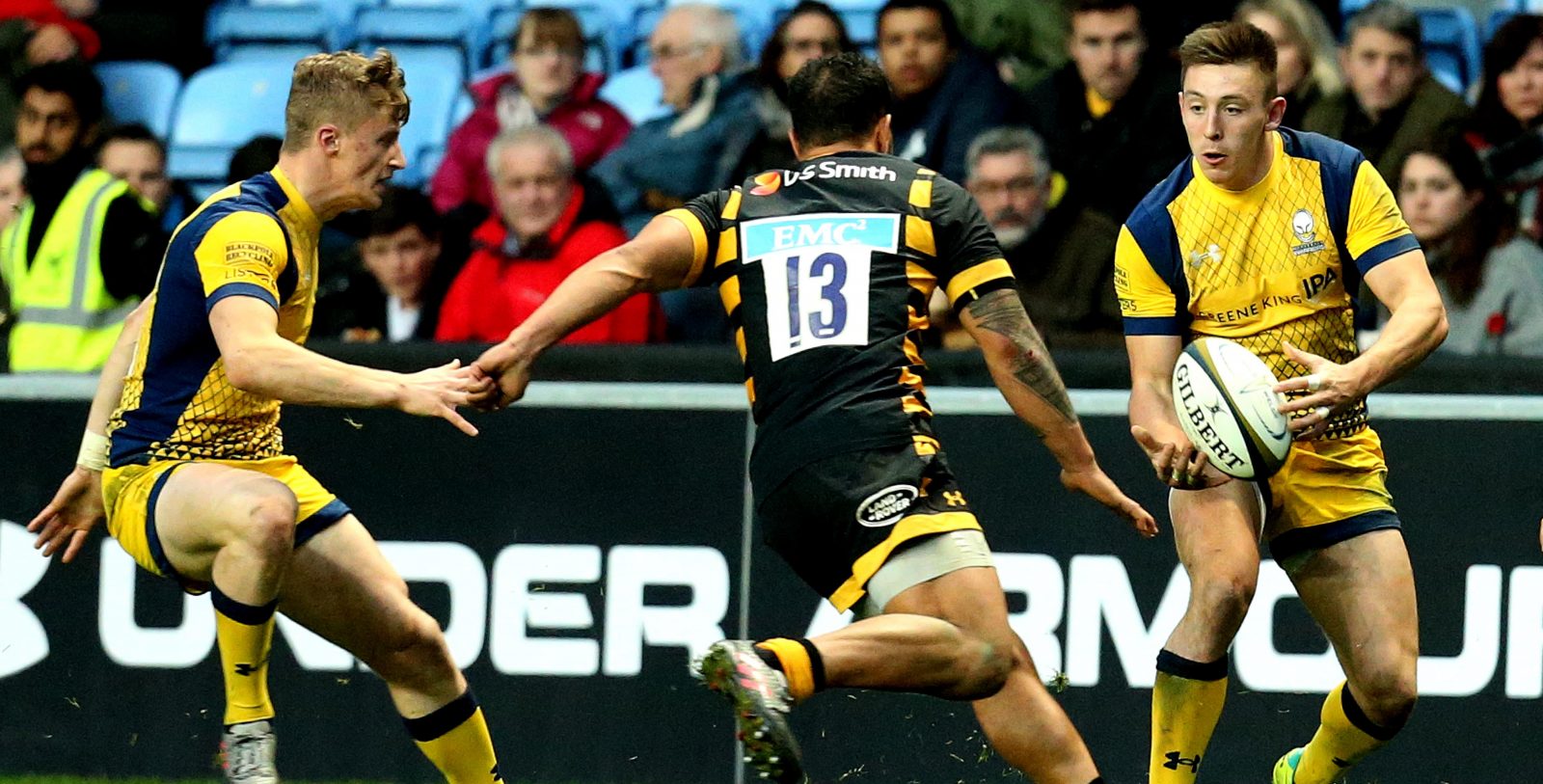 An emphatic second-half display from Wasps saw them defeat a young Warriors 62-10 at the Ricoh Arena in the Anglo-Welsh Cup.

Tom Cruse got the scoring underway after the first quarter before two Josh Adams tries gave Warriors a 10-7 lead.

But Thomas Young and replacement Jack Willis crossed to put the hosts 19-10 ahead at the interval.

However, the second-half proved a one-sided affair with Wasps crossing the whitewash seven more times, as Dan Robson (2), Guy Macken, Tom Howe, Jacob Umaga (2) and Piers O’Conor got on the scoresheet.

Trialist Wilhelm van der Sluys and Academy youngster Afeafe Haisila Lokotui made their Warriors debuts as the youthful side looked to maintain their winning start in the competition.

Warriors came out looking sharp as they stormed forward from their own 22 and they managed to cut through the Wasps defence but a forward pass denied them a free run at the line.

Wasps then enjoyed the possession and territory inside the Warriors half but couldn’t make it count.

Shrewsbury Sixth Form College student Alex Hearle made his Warriors debut from the bench after 13 minutes as Tom Heathcote went off for a HIA, meaning Max Stelling moved to fly-half on his 50th appearance for the Club.

The hosts continued to exert the pressure and managed to get over from close range as hooker Cruse bundled over in the corner with Eastgate adding the extras.

Warriors hit back immediately though as Adams ran a fine line and shook off tacklers to score although makeshift goal-kicker Stelling couldn’t add the extras from out wide.

Welsh wing wizard Adams then produced real steam as he picked up a loose ball near halfway to dart clear of any lingering Wasps to score in the corner as the visitors took the lead.

Stelling had another tough conversion which didn’t quite hit the target but Warriors had a 10-7 advantage.

Wasps soon buzzed back into action and Howe cut in field allowing Young an easy run at the line for Eastgate to add two from the tee.

And just before the interval, Willis dived over in the corner after a spell of Wasps pressure to open up a nine-point lead as Eastgate’s conversion hit the upright.

The hosts came out firing after the break and replacement nine Robson spotted a gap to sprint through and Eastgate’s extras made it 26-10.

Warriors looked like they were about to grab a try of their own as Andrew Kitchener carried well and almost broke through but Wasps soon counter-attacked with Robson and despite Biggs doing superbly to stop him, Macken was on hand to jump over and Eastgate added two more with the kick.

The visitors looked to bounce back as Stelling and Jack Singleton combined to get towards the line but a handling error ended hopes of a third score.

Matt Cox then made a sublime break but when his offload couldn’t be collected by Michael Dowsett, Wasps counter-attacked with Howe chasing down before kicking to the line and diving over to all but seal the win.

Umaga then finished off a fine Wasps attack down the right flank with sub Owain James adding the extras as the hosts built an unassailable 45-10 lead.

Warriors refused to lie down and when George de Cothi looked to race forward with a quick-tap penalty, the visitors were caught on the counter-attack again as scrum-half Robson raced in down the right flank to bag his second try.

O’Conor then got over late on as a depleted Warriors, reduced to 14 men with injury, couldn’t withstand the pressure.

And there was time for one more as Robson broke again setting Umaga away for his second try and James converted to end a tough day at the office for Simon Cross’ side.