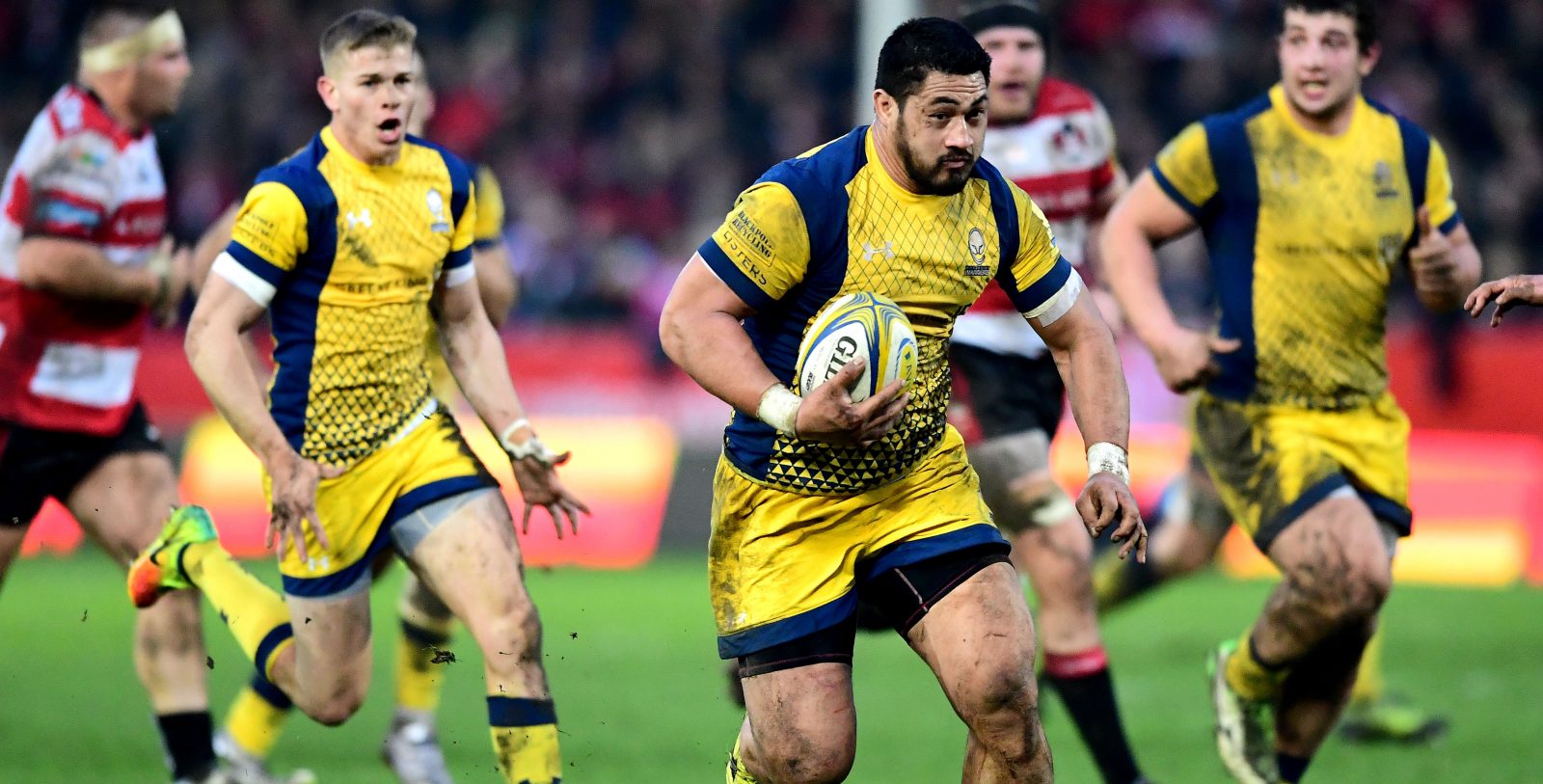 Warriors fell to a disappointing 55-19 derby day defeat at local rivals Gloucester Rugby in the Aviva Premiership at Kingsholm.

The hosts raced into a 17-0 lead thanks to tries from Jonny May and Matt Scott along with seven points from the boot of Greig Laidlaw.

Cooper Vuna produced a moment of magic to bring Warriors back into the contest but an immediate reply saw Jacob Rowan’s converted try send Gloucester in 24-7 ahead at the break.

Billy Burns’ penalty early in the second-half opened up a 20-point lead before tries for John Afoa, Charlie Sharples and Scott put the game beyond doubt.

Tevita Cavubati bagged Warriors’ second late on and there was still time for Josh Hohneck to cross for Gloucester’s seventh try while Alafoti Faosiliva was rewarded for his big shift with a try in the dying moments.

But it was the Cherry and Whites who enjoyed the bragging rights after a clinical performance in front of a packed Kingsholm.

Gloucester applied the pressure in the early exchanges enjoying most of the possession and territory and got the scoreboard moving when Laidlaw slotted a routine penalty after four minutes.

The hosts put more pressure on Warriors with a kick in behind and May almost found his way to the line off the back of a lineout, only for scrum-half Michael Dowsett to rip it away and relieve the danger.

But it wasn’t long till May got his try as he found space to race through in midfield while his side had penalty advantage.

Laidlaw landed the conversion as the hosts dominated proceedings and they soon had a second try when May created more space down the left to tee up Scott for an easy run to the line.

Scotland international Laidlaw chipped over another conversion as Gloucester enjoyed a 17-0 lead.

Warriors then seemed to find their stride as Faosiliva bashed his way through defenders before being halted just short of the line, but he couldn’t find his man in support as the chance went begging.

And the visitors were through again when Darren Barry stormed towards the chalk but despite finding Dowsett, Warriors fell just short of the line once again.

However, Hogg’s side soon got their reward when Vuna danced through the Gloucester defence to score under the posts and Ryan Mills chipped over the extras.

Just as it seemed Warriors were mounting a comeback, a lineout on the 22 eventually found Rowan who managed to break through the Worcester defence and power over the whitewash, and Laidlaw maintained his 100 per cent kicking from the tee with the conversion.

The hosts went in 24-7 to the good at the interval, leaving Warriors thinking what might have been, had they taken a couple of glorious opportunities.

Gloucester began the second period as they did the first and Burns, who took over the kicking duties after Laidlaw went off just before the break, slotted a penalty in front of the posts.

Warriors searched for a way back into the contest as Faosiliva got his hands on the ball at every opportunity, carrying his side forward.

Burns then almost manufactured something out of nothing as he skipped his way through the midfield but the fly-half couldn’t find a teammate in support and Worcester survived the scare.

Warriors continued to ask questions but it was Gloucester who got the next points as a Tom Marshall kick out wide found Jeremy Thrush by the touchline, and the big lock found fellow All Black Afoa inside him, and the replacement prop ran in to the line.

Billy Twelvetrees picked up the kicking duties and added the extras and Gloucester soon showed how clinical they were again when five metres out, as Sharples danced his way over with Twelvetrees again chipping over another two points.

Warriors looked to give the away fans something to shout about but when inside the home side’s 22, a loose pass was pounced upon by Scott who galloped 80 metres to the line – and Twelvetrees helped himself to another two points.

Warriors did manage to get a second try when Mills scooped up a loose ball by the Gloucester tryline and Fijian lock Cavubati dived over, but Gloucester soon had another score when Hohneck pushed over allowing Twelvetrees to notch two more from the tee.

The visitors looked to finish on a high and did just that as Faosiliva finally got reward for his efforts, as he picked up a loose ball before running in under the sticks to allow Mills to chip over a quick conversion.

Warriors hoped to have one final attack to have a shot at salvaging a try-bonus point but referee Wayne Barnes soon blew his whistle to end the match.