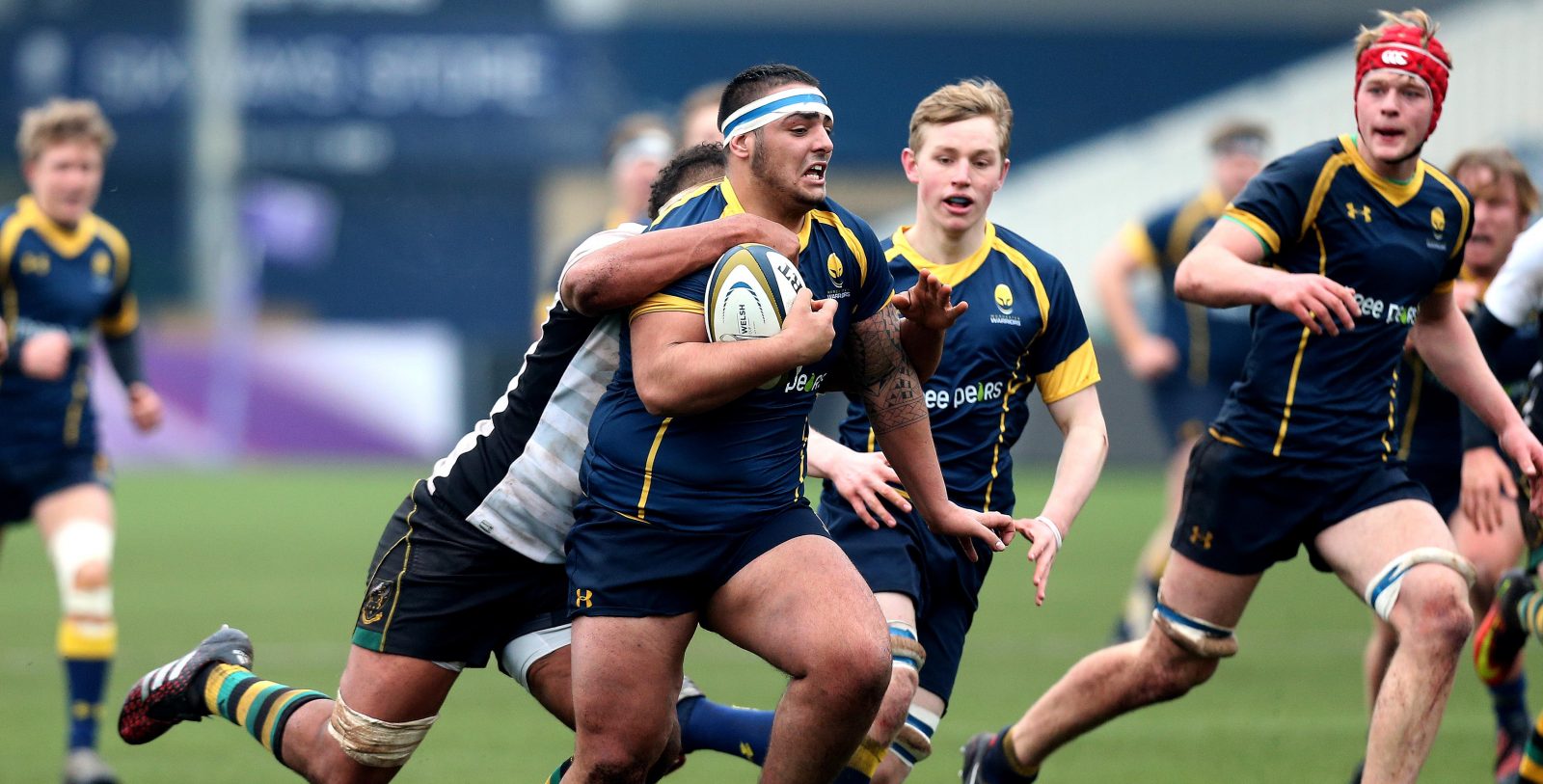 A rampant Worcester Warriors Under 18s scored seven tries in their comprehensive 43-16 victory over Northampton Saints at Sixways in the Premiership Rugby Under 18 Academy League on Sunday.

An early Beck Cutting try was cancelled out by two James Grayson penalties to give Saints the lead, but tries from Alex Bartley and Nick David, along with help of George Wootten's boot, gave Warriors a 19-6 lead going into the second-half.

Grayson converted another penalty before Saints scored their first try through Freddie Davies to close the gap to three points.

But Warriors stepped up a gear after conceding the try with Bartley scoring twice in three minutes to complete his hat-trick, and replacements Louis Jackson and George Hawkes both diving over late on to secure a well-deserved bonus-point victory.

The match was action-packed from start to finish, with Saints' Joe Wallace receiving a yellow card after only two minutes for a dangerous tackle on full-back David.

Warriors kicked the penalty to the corner and from the resulting lineout they scored the opening try with an unstoppable maul in which hooker Cutting dotted down.

After the try, Warriors were slightly ill-disciplined at the breakdown, and Grayson was on hand to kick two penalties to give Saints the lead.

That would be the only time the away team led the match and following some slick ball movement from right to left on the 22, it opened up space on the left wing for Bartley's first try of the match, and Wootten converted brilliantly from a tight angle.

Warriors kept applying pressure with good gains on each carry, and Will Butler saw space and broke through the defensive line before a simple offload to David allowed him to step inside for a try.

Wootten added the extras again but the home team were forced to play the remaining eight minutes of the first-half with 14 men.

Ollie Lawrence was sin-binned for intentionally offending at the ruck but resolute defending from his teammates ensured the 13-point lead was maintained going into the second period.

Saints fly-half Grayson was able to add another penalty kick at the beginning of the second-half and helped orchestrated their first try as Davies barged over the line after numerous penalties and mauls.

Grayson's conversion narrowed the gap further and it looked like Saints may have had the momentum going into the closing 20 minutes of the match.

But Warriors were able to turn on the attacking style again to score more tries and Saints would have no reply.

Bartley got his second of the game after a well-timed one-two with Lawrence which allowed them both to commit the defence and the former was able to run in under the posts to score with Wootten converting.

From the restart, Warriors kept applying pressure and an attacking scrum five metres from the Saints tryline was passed by Hawkes to Bartley go over for his hat-trick.

Wootten converted once again from wide out and even though the closing quarter of the match saw six Warriors changes, the replacements slotted in seamlessly to add further misery on the tiring Saints.

In the final five minutes Butler found space on the left, where most of the damage was done throughout the afternoon, giving it to full-back Jackson for an easy try.

There was still time for another replacement to get in on the act, as Hawkes spotted a gap in the Saints 22 to complete the scoring.

Academy Backs Development Coach Gordon Ross said he was very pleased with the effort and commitment of the team against very physical opposition.

He said: "The test was massive today and the boys deserve a huge amount of credit for dominating against a big Northampton forward pack.

"We challenge the players to be as physical as they can be every week and in every match so far we have been able to put in a great performance, so hopefully we can maintain it for the rest of the season."

The win propels Warriors to second place in the league table and next up they host Sale Sharks at Sixways this Sunday 29 January (kick-off 1pm).