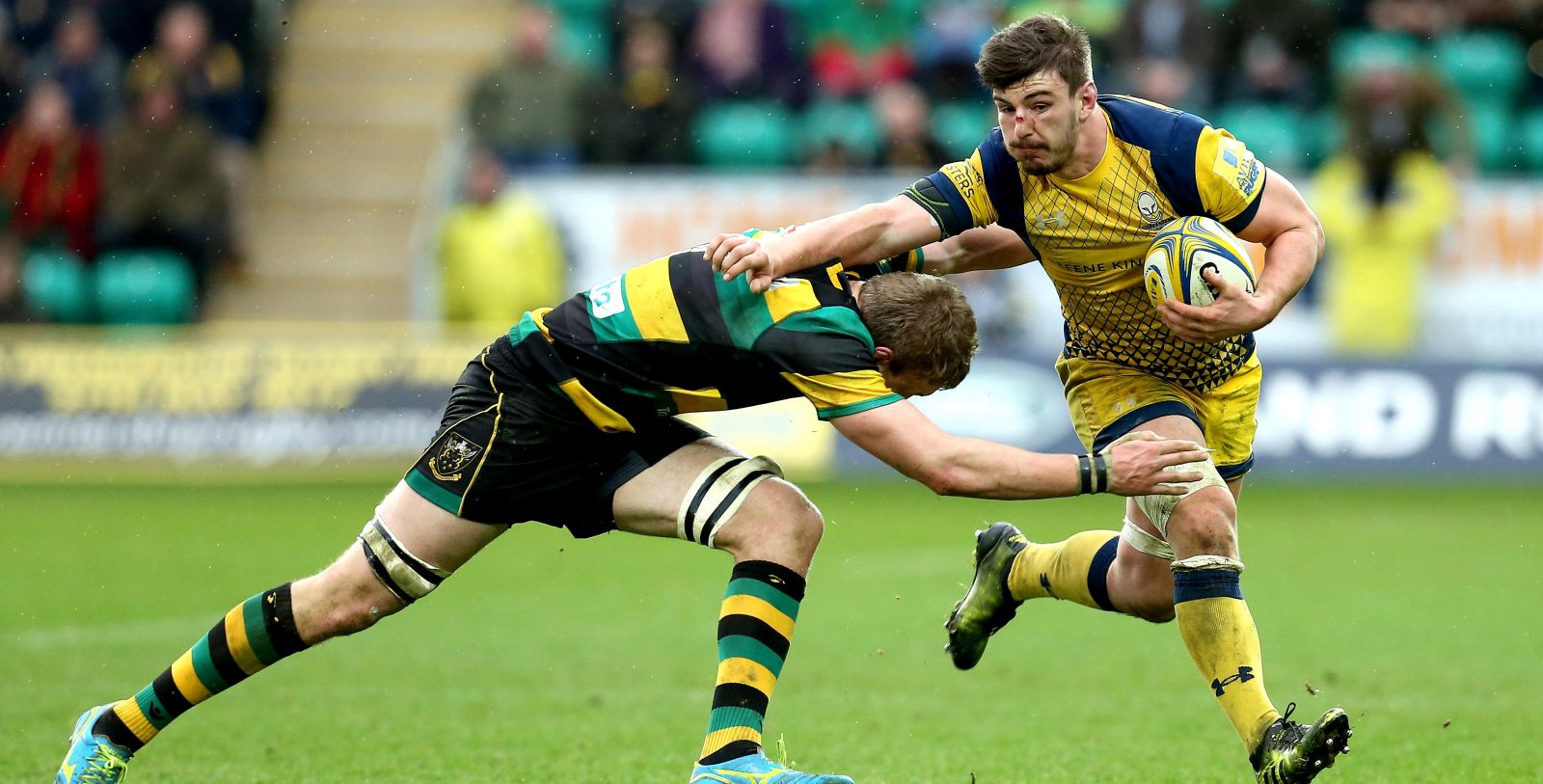 Warriors slipped to defeat at Franklin’s Gardens as a powerful Northampton Saints won 24-14 in the Aviva Premiership.

Gary Gold’s side took an early lead when Josh Adams raced over with Ryan Mills adding the conversion but Saints bounced back as Teimana Harrison stretched over with Stephen Myler converting to level the scores.

Fly-half Myler was on target again with a penalty to give the hosts the lead for the first time before Mikey Haywood went over from close range and Myler’s conversion gave his side a ten-point lead at the break.

Warriors searched for a way back into the contest after the interval but couldn’t make territory count and they were punished with five minutes to go as Haywood’s second try, scored from a driving maul, secured the win.

There was time for a Bryce Heem consolation score but it wasn’t enough to earn Warriors a losing-bonus point, as they look ahead to next weekend’s big encounter with Bristol Rugby at Sixways.

Warriors scored with their first real attack of the match as Jackson Willison set Wynand Olivier neatly through a gap in the Saints defence and the South African had Adams outside him who collected the ball to storm to the line.

Mills did brilliantly to add the extras from the angle but Saints soon started to apply the pressure with kicks in behind and after winning a penalty in the Warriors 22, they chipped to the corner for a lineout.

And England international Harrison was on hand to stretch over the line off the back of the throw with Myler’s conversion levelling proceedings.

Northampton took the lead for the first time in the game after extensive pressure in the Worcester 22 led to a penalty, which the ever-reliable Myler knocked over the posts.

Both sides kicked for territory at every opportunity but it was Saints who were enjoying the better of it, pressing for the Warriors tryline on several occasions only to be halted by a dogged Worcester defence.

But the hosts finally got their reward just before the interval as Ken Pisi got close, before Alex Waller carried closer and despite the prop dropping the ball by the whitewash, it went backwards and Haywood was on hand to dot it down.

Myler nailed the conversion from the angle as Northampton took a ten-point lead into the break.

Warriors came out fighting after the interval and had Saints on the backfoot. However, they couldn’t turn pressure into points as Mills saw two penalty kicks fall wide of the upright within the first 12 minutes of the second period.

Worcester pressed further and missed another opportunity when inches short of the chalk as the hosts forced them into a mistake.

And Warriors were made to rue those missed chances late on when Haywood crashed over from the maul for his second of the afternoon and the pinpoint Myler added the extras from a tight angle.

Gold’s side didn’t throw the towel in though, as they pushed and probed at the tryline after a series of penalties with time up on the clock, and they finally got some reward as the handful that is Heem burst through a gap to score with Ryan Lamb converting.

All eyes move to next weekend’s home game against Bristol Rugby, where Warriors will look to stretch away from the Premiership relegation zone.