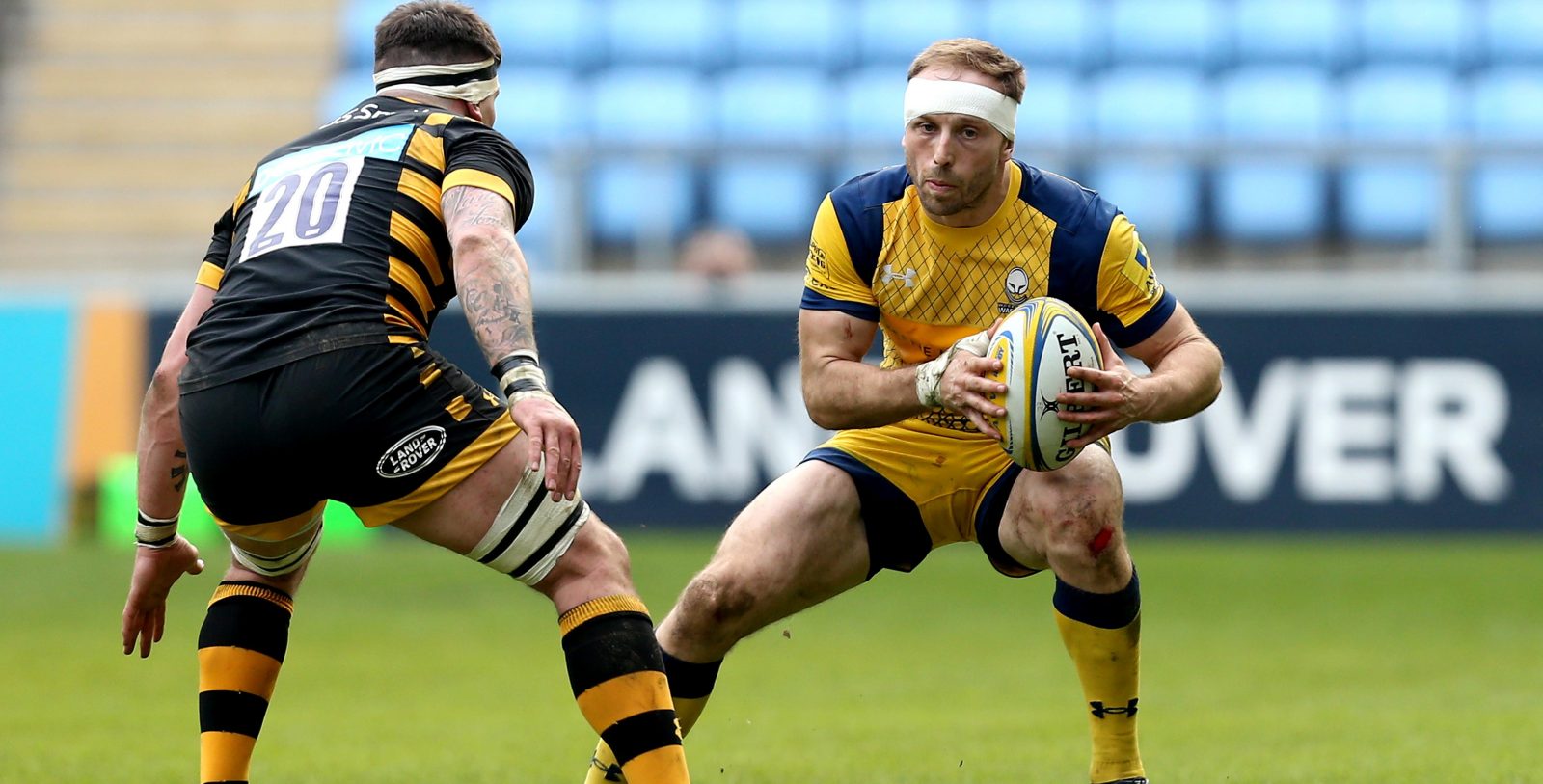 Bryce Heem’s early score was cancelled out by Will Rowlands before Christian Wade demonstrated his pace and agility to run through for Wasps’ second try.

Josh Adams then helped himself to a brace before the break but there was still time for Wade to find the tryline once again as the teams went in level 19-19.

Warriors were dealt a massive blow when Heem was shown a red card after half-time, paving the way for three Wasps tries for Alapati Leuia, Josh Bassett and Brendan Macken.

At 40-19 Warriors looked set to come away empty-handed but a stunning show in the latter stages saw Biyi Alo burrow over the line for the try-bonus point.

Warriors then had the wind in their sails, and with a converted try in their sights to secure a losing-bonus point, they applied the pressure deep in the Wasps 22 again, and Jackson Willison touched down with time up on the clock.

Mills’ conversion had added significance but he coolly stepped up to nail it as Warriors made it 40-33 to come away with two bonus points – extending their advantage over Bristol Rugby at the foot of the table to nine points.

Director of Rugby Gary Gold named an unchanged side from their last outing in which they picked up a bonus-point win over Bristol.

And they started the West Midlands derby brilliantly, pressing for the tryline in the early stages and getting their reward after Francois Hougaard whipped it to Heem off the back of a maul and the Kiwi battered his way over.

But Wasps stormed back into the game with some relentless attacking pressure and Rowlands managed to twist his way over the line to level proceedings.

Chris Pennell was forced off following a nasty knock to the head in the build-up to the try and Wasps mounted another menacing attack as Kurtley Beale almost broke through, but replacement Dean Hammond pounced on a loose ball before racing his team into their opponents’ 22.

Warriors looked set for a second try but when looking to get it wide, Ashley Johnson managed to intercept and kicked his side out of danger.

The hosts then punished Warriors as the electric Wade then shook off tackles, showing his incredible pace and agility to run under the posts and Jimmy Gopperth knocked over the extras.

But Warriors hit back when Hougaard fired the ball blindside to Adams and the winger dived over, with Mills adding the extras from a difficult angle.

They thought they had their third try soon after when Heem broke through but the TMO spotted an obstruction in the build-up and so the try was disallowed.

Gold’s men looked threatening every time they got into the Coventry outfit’s 22 but perhaps should have made more of their pressure count.

However, they did get their just reward a minute before the break as they pressed and probed for the tryline, before flinging it to that man Adams out wide to stroll over for his second – making it four tries in two appearances at the Ricoh this season.

Mills added the conversion but Wasps applied the pressure from the restart.

After winning a penalty they got it wide to danger man Wade who crossed for his second and Gopperth’s kick sent the sides in level at the break.

But with plenty of promise coming into the second period, Warriors were dealt a huge blow when Heem was red-carded after taking out Willie Le Roux in the air on 46 minutes.

Warriors dug deep with their 14 men and did superbly on more than one occasion to deny Wasps when camped by their tryline.

But the hosts got their bonus-point try when Leuia went over and Gopperth’s extras made it 26-19.

Wasps then tackled Pennell a bit too high, meaning the full-back was forced off for a second time, and Warriors sensed an opportunity for their bonus-point score when kicking a penalty to the corner.

But the hosts soon shoved them into touch just five metres from the line and the chance disappeared.

Wasps replacement Bassett then managed to stretch over the line to all but seal the win and Gopperth added the extras once again before Warriors searched for a late bonus-point try.

If there is one thing boss Gold has reiterated since taking over the reins at Warriors, it’s that he wants his players to show their character and to fight to the very last breath – and that was exactly what they did in the final stages of this contest.

Replacement Luke Baldwin did brilliantly as he broke into the 22 and after winning a penalty, Warriors kicked to the corner before former Worcester man Matt Mullan was sin-binned, and the visitors sensed a fantastic opportunity for a bonus point.

The away support roared them on, and after bashing through the phases, they finally got the score when replacement Alo smashed his way over under the posts for Mills to chip over the extras.

With 14 against 14, Warriors weren’t ready to settle for the one bonus point and with just a minute left they continued to show their grit and determination to win a penalty five metres out.

One last push, with time up on the clock, saw them get a couple of metres before the ball was shipped out to Willison and the centre did fantastically to ground the ball as Warriors came to within nine points.

It meant Mills’ conversion with the last kick of the game would seal a second bonus point, should he split the posts, and that was precisely what he did as Warriors left the West Midlands derby with two well-earned bonus points in their fight to avoid the drop.

Warriors find themselves back in action on Friday 7 April at Sale Sharks as they look to build on their nine-point advantage over Bristol at the foot of the table.