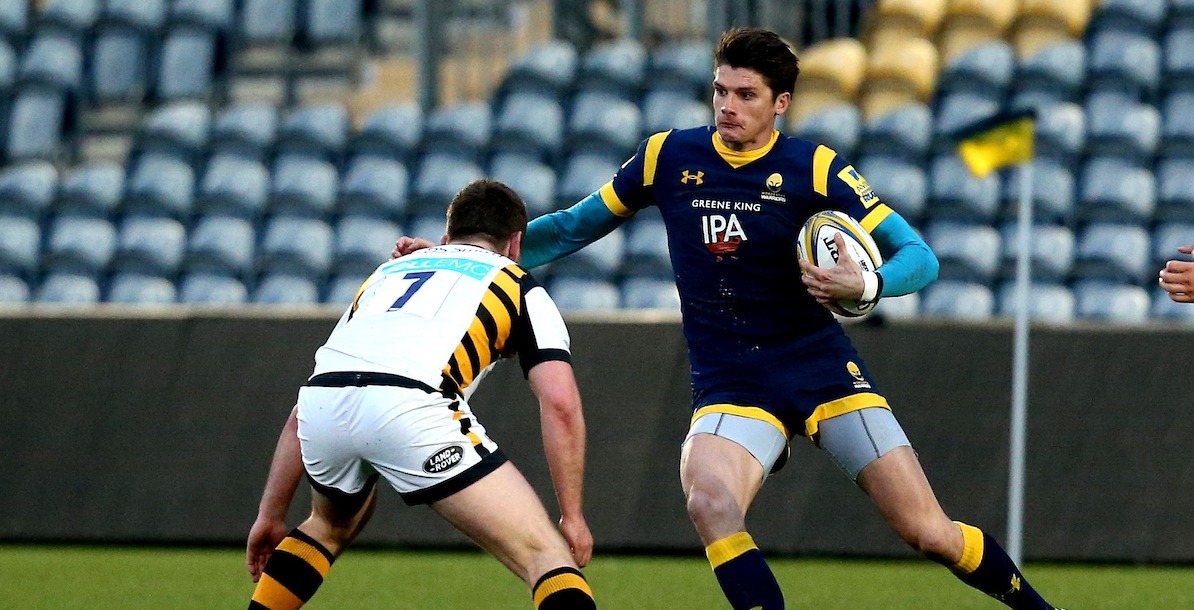 Wasps proved too strong for Cavaliers on Monday night as they racked up a 45-0 Aviva A League victory at Sixways.

The Coventry side started quickly and were soon ahead courtesy of a Tom Cruse try inside the first five minutes, before he added a second after 17 minutes as the visitors swept to a 14-0 lead at the interval.

Cavaliers struggled to assert their dominance and Wasps went from strength-to-strength after the break as captain Craig Hampson nudged his side further ahead with a third try.

Warriors-bound Tom Howe then stole the show as he outpaced the Warriors backs twice in the space of three minutes to fly over for Wasps’ fourth and fifth tries.

And the winger then turned provider as he set-up Guy Armitage for Wasps’ sixth before the visitors were given a penalty try on the stroke of full-time.

Wasps started well and took the lead early as Cruse crashed over following good work from the forward pack.

The visitors were dominating proceedings and forced Cavaliers to endure a long spell of defending in the opening quarter.

And Wasps soon doubled their advantage when Cruse forced his way over for a second time midway through the first period before Eastgate dispatched his second conversion.

Cavaliers looked to illustrate their attacking flair when they pushed forward but lacked the clinical edge required to find a way through the tough Wasps defence as the sides turned around with the away team 14-0 ahead.

Both sides tried to find a rhythm after the break but defences still held the upper hand as the tackles continued to fly in.

But with Cavaliers struggling to win any meaningful possession, Wasps soon put the game out of the hosts’ reach with a quickfire treble.

Hampson was the next player to go over the tryline as the scrum-half finished from close range.

Then Sixways-bound Howe displayed his talent and illustrated his raw paced as he raced away for two tries in three minutes.

And Wasps saved their best try till the 73rd minute as replacement Nick de Luca raced 70 metres before being brought down short of the line by Alex Hearle.

The ball was recycled to Howe, who teed-up Armitage to run in unopposed for Wasps’ sixth try before the referee awarded the visitors a penalty try at the death.