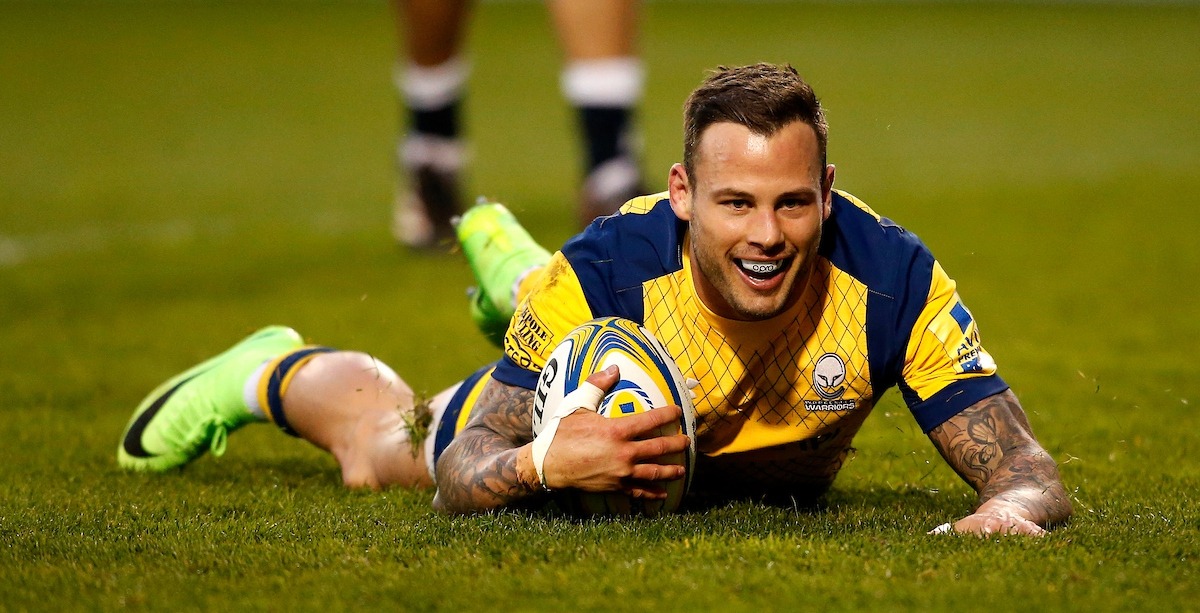 Biyi Alo’s try at the death gave Warriors a well-earned try bonus point against Sale Sharks at the AJ Bell Stadium in their penultimate Aviva Premiership away game of the season.

The replacement prop forced his way over in the last attack of the match to move his side ten points clear of the foot of the table.

Sale took an early lead after Denny Solomona broke through and teed-up Sam James, before Francois Hougaard went over for Warriors’ first of the night.

The visitors went ahead when Joe Taufete’e grounded at the midway point of the first-half but James’ second try and a score from Mike Haley put Sale in the driving seat at the break at 21-14 up.

The second period was a tighter affair but Sale stretched their lead when winger Byron McGuigan chipped the ball beyond Chris Pennell and raced through to ground.

Pennell then finished a fine move at the other end of the pitch with ten minutes remaining to keep the game alive but Sale sealed the win courtesy of Ben Curry’s effort with four minutes to go.

Warriors Director of Rugby Gary Gold made three changes to the side which claimed two bonus points against Wasps as Ben Te’o, Perry Humphreys and Ryan Bower all returned to the starting line-up.

The visitors enjoyed the early possession in a stadium where, historically, they had found results hard to come by.

And Gold’s side could have been ahead inside the opening five minutes, but Humphreys was just unable to claim Josh Adams’ pass on the 22 metre line.

Instead Warriors were punished moments later when Te’o failed to claim a loose ball – allowing Solomona to race towards the tryline and tee-up James, who ran in unopposed.

Warriors had been the better side in the early stages and continued to dominate possession as they searched for a way through.

And Te’o soon made up for his earlier handling error as he received the ball in space from Humphreys and set-up Hougaard to race to the tryline and get his side off the mark. Mills levelled the scores with the extras as the excitement continued.

The visitors had experienced no problems with their attacking play this season and once again illustrated their prowess going forward when Taufete’e battled his way through a group of Sale defenders to bundle his way over and put Warriors ahead.

Mills was kicking well and added the conversion to put Warriors 14-7 up as the Sixways side showed their class.

Warriors were causing Sale all sorts of problems going forward but were dealt a huge blow when James raced onto his own grubber kick to go over for his second try just before the half-hour mark.

And Sale had the final say of the first-half as Haley found a hole in the Warriors defence and raced to the tryline as the sides turned around with the hosts 21-14 ahead.

Both sides looked to play a more tactical game after the break as the teams exchanged kicks early on in search of good territory.

Warriors came close to claiming the first try of the second period just before the hour mark following a clever move across the backline, but Humphreys was adjudged to have been held up after the referee had gone to the TMO.

Sale soon took advantage of their let-off as winger McGuigan produced a moment of class as he chased his kick over Pennell to reclaim the ball and dive over for a bonus point fourth try.

The match seemed to be slipping away from Warriors, but they refused to give up as they looked to overturn their deficit late on.

And the away side were given a boost when Sale prop Halani Aulika was sent to the sin-bin with 12 minutes remaining.

Warriors wasted no time in making the most of their one-man advantage as Pennell raced over the tryline after Lamb fizzed the ball out wide in the following passage of play.

Lamb’s conversion put Warriors back to within five points of the hosts and set-up a nervy final nine minutes.

But Sale finally secured the victory as MacGinty added his first penalty of the night before Curry made the game safe with a fifth try with four minutes remaining.

Alo at least gave Warriors something to cheer about at the death as his try edged Warriors one point closer to safety.