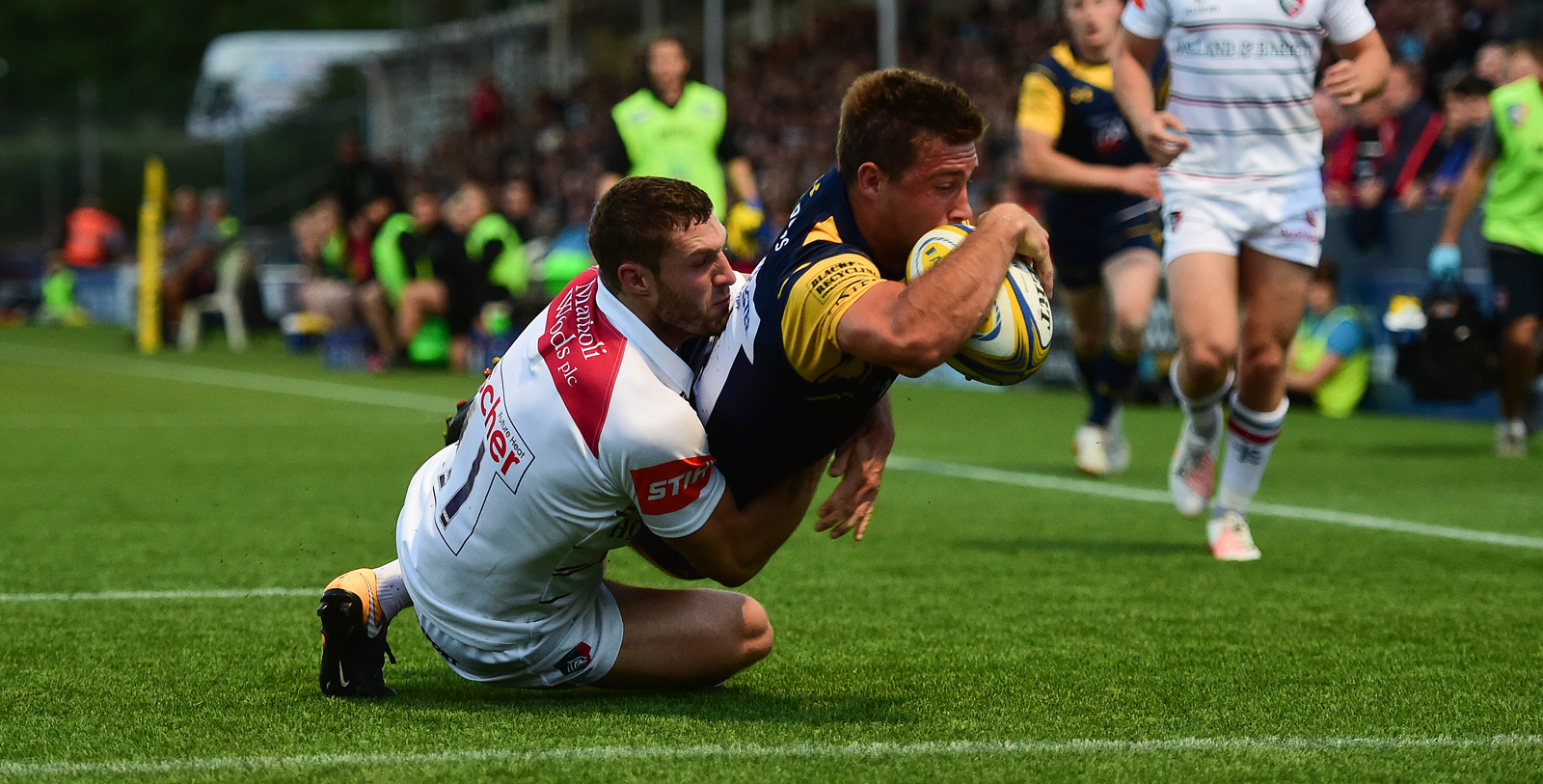 A youthful Worcester Cavaliers fell to a heavy defeat at the hands of a powerful Leicester Tigers outfit in the opening Premiership Rugby A League game of the season at Sixways.

The hosts led 12-0 early on thanks to scores for Tom Dodd and Sam Pointon but Tigers hit back through scores for Jordan Olowofela (2), Harry Simmons and Harry Mahoney to lead 28-12 at the interval.

But the hosts, led by England international Tom Croft, went on to score five second-half tries as Mahoney got his second, Olowofela grabbed a hat-trick and Charlie Thacker, Joe Maksymiw and Jonno Kitto also went over to secure a comfortable win.

Cavaliers opened the scoring early on when Dodd touched down from a driving maul and Sam Hollingsworth converted well from the angle.

The hosts soon grabbed their second when Alex Hearle opened up space down the left and scrum-half Pointon received the ball before showing his power to bash over the whitewash.

Tigers soon hit back when they had numbers out wide and paceman Olowofela touched down and he soon had his second after he sliced through the Cavaliers backline and under the posts.

Hardwick’s conversion put Tigers ahead for the first time and they added a brilliant third after the fly-half’s kick for the line was chased down by the pacey Simmons.

Hardwick then sent a lovely kick from hand towards the corner which saw his team win a lineout and from the resulting throw, Mahoney dotted down to put Tigers 28-12 up at half-time.

The break saw a welcome return for Niall Annett who returned from a hamstring injury but he and his side couldn’t stop Tigers from going over twice more in the early stages of the second period, as Mahoney touched down for his second from a driving maul and Olowofela secured his hat-trick after showing his pace and power to stampede to the tryline.

Thacker then smashed his way over, Maksymiw added another and Kitto showed tremendous pace to sprint to the line as Tigers went 61-12 up before the hour mark.

Cavaliers wing Tom Howe then found himself in the sin-bin for a deliberate knock on although the 14-man Cavs managed to shut out the hungry Tigers in the subsequent minutes and until the end of the game in what was a difficult night for the young squad.