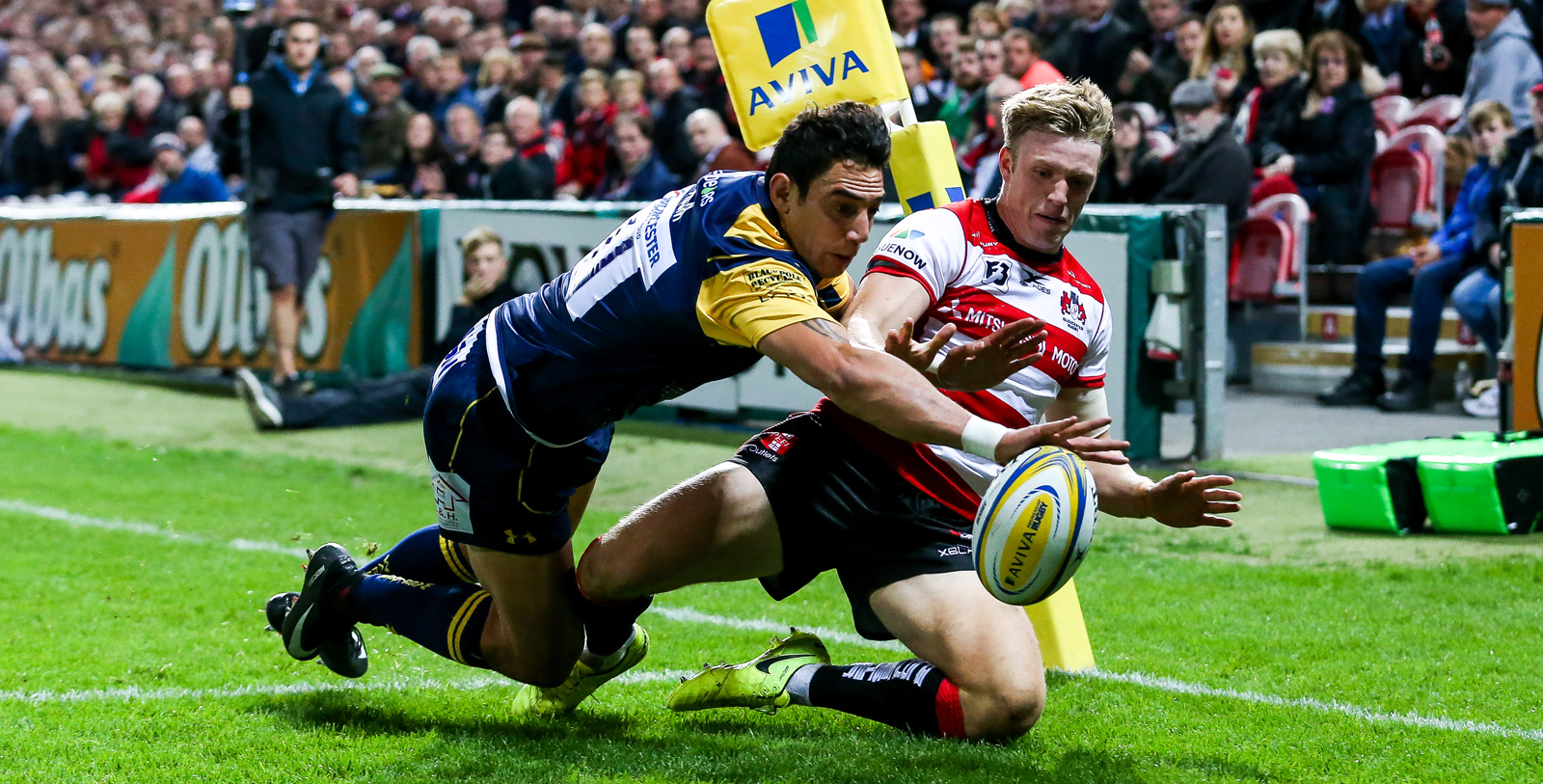 Warriors went down 24-19 but picked up a losing bonus point in a thrilling game of rugby against local rivals Gloucester Rugby in the Aviva Premiership at Kingsholm.

A whirlwind start from the hosts saw them lead 17-0 after just 18 minutes as two Ollie Thorley tries and seven points from the boot of Billy Burns had them on the front foot after a Donncha O’Callaghan yellow card.

But Warriors fought back before the break with two Ryan Mills penalties.

An immediate Billy Twelvetrees try after the interval gave Gloucester an 18-point lead but an impressive Warriors clawed their way back into the contest with two Perry Humphreys scores.

With eight minutes to go, and five points in the game, Gary Gold’s side gave their all to try and steal an unlikely win and when camped by the hosts’ tryline, a knock on at the death ended what was nearly one of the most incredible comebacks in Warriors’ history.

Warriors made three changes to the starting 15 from the previous week’s clash against Exeter Chiefs, as Mills returned to take on his former club, with Peter Stringer and Alafoti Faosiliva getting their first starts of the season.

It was Gloucester who applied the early pressure in the match when a kick in behind was chased down and from the resulting bombardment, O’Callaghan was sent to the sin-bin.

But the 14-man defence of Warriors held firm to deny Gloucester in the subsequent attack.

However, the hosts soon won back possession after winning the ball off the back of a lineout and after being awarded a penalty, Burns opened the scoring with a long-range kick.

And just a couple of minutes later, Jason Woodward showed his skill down the right before teeing up Thorley for the first try of the night.

Thorley almost grabbed his second after a kick in behind but Bryce Heem was on hand to beat his opposite man to the ball.

But just a couple of minutes later, Jacob Rowan’s break opened up Warriors and wideman Thorley was able to dot down for his second score and Burns added the extras to open up a 17-point lead.

Warriors finally managed to get their hands on the ball, asking questions from close range before settling for a Ryan Mills penalty in front of the posts.

Gold’s men continued to threaten Gloucester when getting into their opponents’ half and were rewarded once again before the break as Mills knocked over another kick to make it 17-6.

But immediately after the break Gloucester managed to find space in midfield and some good handling saw Twelvetrees finish off under the sticks for Burns to add an easy two points.

Warriors then enjoyed a good spell of possession and territory but couldn’t convert pressure into points as the Gloucester defence held firm.

But they finally got some reward when Mills’ crossfield kick was beautifully claimed by Humphreys and the powerful winger managed to wriggle his way over the line.

Warriors found some rhythm and when the impressive Ben Te’o broke through and offloaded to GJ van Velze, it looked as if Warriors were going to score wide left before Josh Adams was pulled down agonisingly short of the whitewash.

But the spirited visitors switched the ball back to the right and Humphreys was on hand to deliver a second try out wide.

Mills’ conversion slipped wide as time was running out for any chance of securing some points.

The fly-half then did manage to land a penalty from in front as Warriors came to within five, and in an edge-of-the-seat finish, the visitors threw everything to try and complete an outstanding comeback.

With Gloucester down to 14 men due to an injury, Warriors sniffed blood and despite winning a penalty at the death and kicking to the corner, with time up on the clock, the ball was spilled just short of the tryline to end a fascinating encounter.

Next week Warriors are back at home as European champions Saracens come to town. 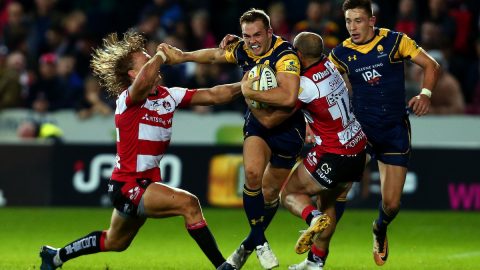