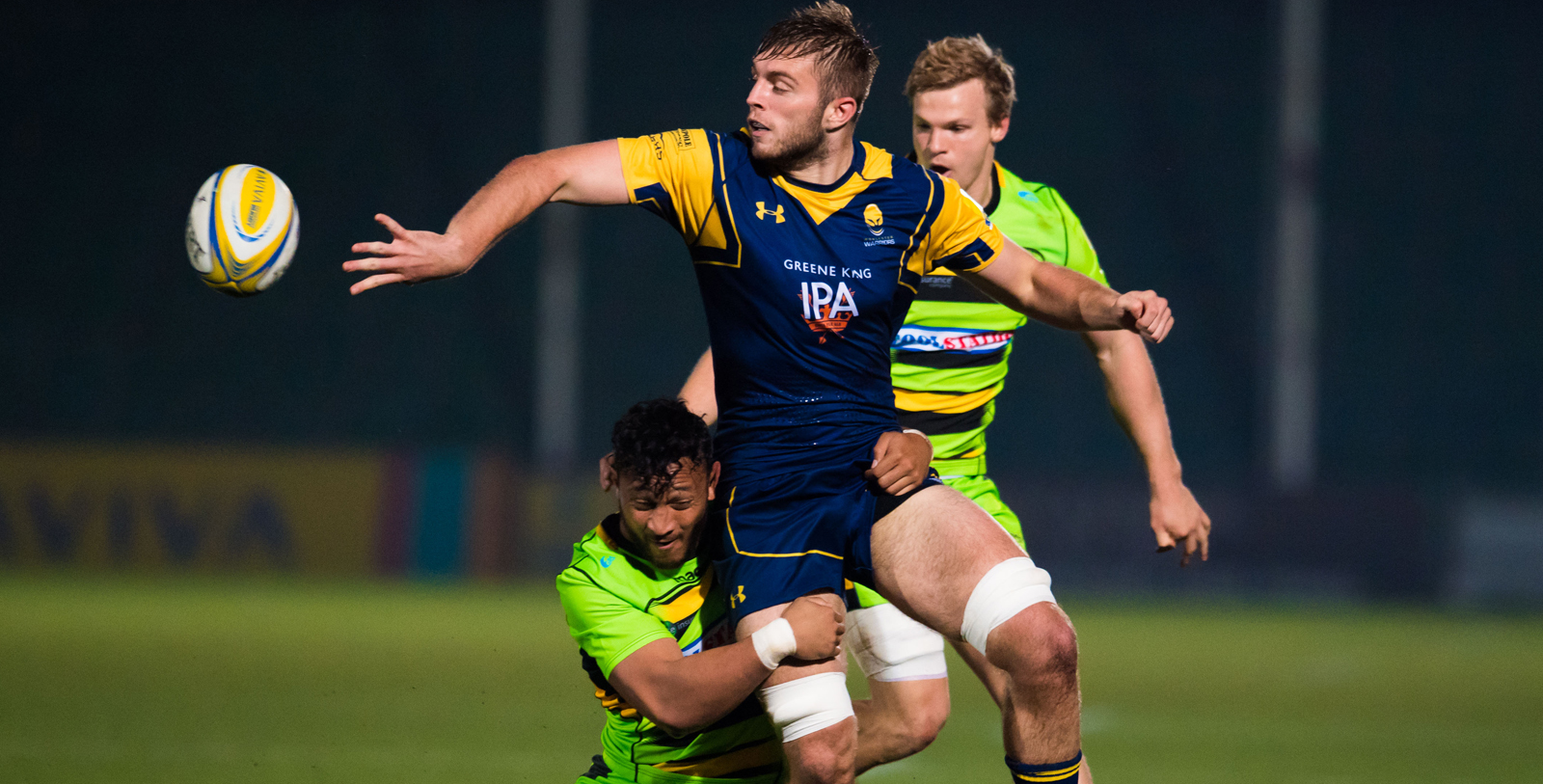 Worcester Cavaliers went down to their second Premiership Rugby A League defeat of the season at Sixways against a Northampton Wanderers side containing a string of first-team players.

Wanderers named a remarkably strong side as the likes of Stephen Myler, Jamal Ford-Robinson and Ken Pisi all started.

And the visitors went over for the first try of the night midway through the first-half courtesy of Api Ratuniyarawa.

Hooker Charlie Clare extended his side’s lead before the visitors were awarded a penalty try on the stroke of half-time to take a 20-0 lead into the break.

Scrum-half Tom Kessell added a bonus-point fourth try minutes after the interval to effectively kill the game off.

The hosts looked to strike a comeback as Kai Owen and Ted Hill both touched down following good work from the forward pack.

But the visitors stepped up a gear as they finally killed the game off courtesy of late tries from Matt Beesley and Alex Mitchell before Tom Dodd added a third for Cavaliers at the death.

Northampton started well and took an early lead courtesy of a Myler penalty in front of the posts.

Cavaliers were able to welcome back Chris Pennell for his first appearance of the season, and the England full-back looked assured under the high ball early on.

The hosts looked to attack at every opportunity, but Northampton went over for the first try midway through the first-half as Ratuniyarawa grounded following good work from the forward pack.

And the visitors stretched their lead with a carbon copy of their first try six minutes before the break as Clare became the benefactor of the forward pack’s strength.

Myler was heaping pressure on the Cavaliers defence as the half wore on, kicking a series of penalties into the corner to give the pack a chance to get to work.

And Northampton got their third score of the night as they were awarded a penalty try on the stroke of half-time to secure a comprehensive lead at the break.

The visitors started where they left off in the second period and went over for their fourth try as Kessell darted through to ground.

Myler’s conversion extended Northampton’s lead to 27-0 as they all but put the game to bed.

Cavaliers continued to battle as they searched for a way back into the game, and they finally got off the mark after 55 minutes as young prop Owen touched down after a great effort from the forward pack to drive over.

The hosts were starting to play with a sense of freedom in the latter stages of the match and went over for their second try of the night when Hill found himself at the bottom of a rolling maul.

But Northampton put the game out of sight as Beesley and Mitchell added further tries for the visitors before Dodd’s late effort.