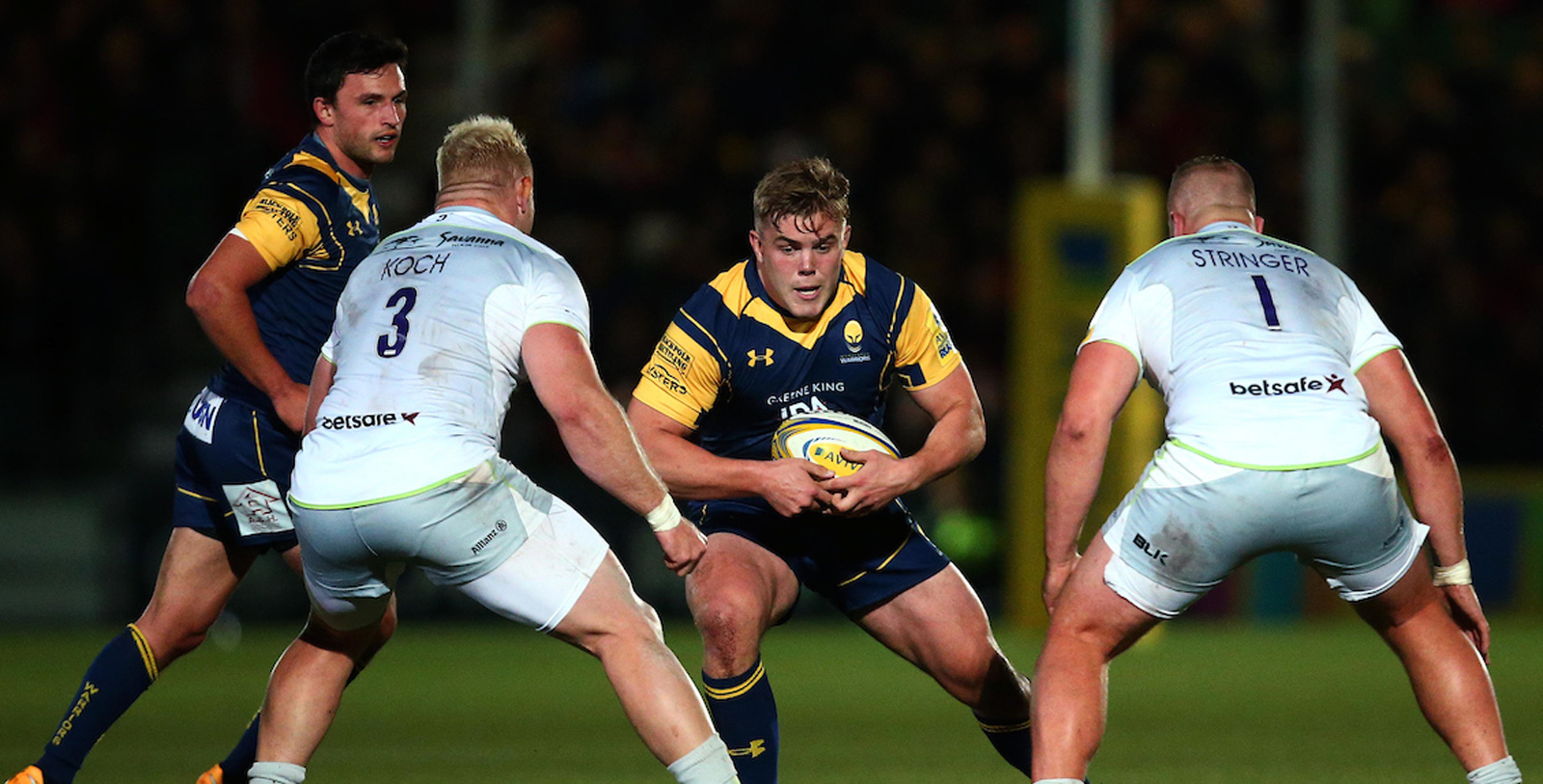 Warriors went down to a 25-3 loss to European champions Saracens after a battling performance at Sixways.

The hosts produced their best performance of the season as they dominated the first-half – but they came up against an inspired Saracens defence.

The visitors opened the scoring after six minutes as Chris Wyles finished in the corner, before Alex Lozowski added five points with the boot.

Jamie Shillcock got Warriors off the mark after half an hour, before Lozowski added another three points to give Saracens a 13-3 lead at the break.

Warriors fought for a way back into the game in the second period but Alex Goode grabbed a second try for the visitors to effectively kill the game off.

Gary Gold’s men showed their desire by competing till the end, but Wyles put the game to bed four minutes before the finish after getting on the end of Owen Farrell’s crossfield kick.

Saracens started strongly and took the lead with the first try of the night after six minutes as Wyles finished in the corner following a prolonged spell of pressure from the visitors.

Lozowski added a penalty to give his side a 10-0 lead but Warriors soon found their way into the game as they launched a series of attacks.

The hosts pinned Saracens back on their own tryline as they searched for their first points of the evening – but the European champions were doing a good job of repelling them.

Warriors were proving more than a match for Saracens as the first-half wore on as they looked to move the ball across the backline.

And Gold’s men were eventually rewarded with their first points of the night as Shillcock struck a penalty from the ten-metre line.

The hosts continued to dominate for much of the opening period but were left frustrated as they couldn’t add any more points to the board as the sides turned around with Saracens 13-3 up.

The teams were evenly matched in the early stages of the second period, but Saracens went over for their second try of the night after 51 minutes as Goode found himself on the end of a good passing move.

Warriors were now being forced to defend for long periods as Saracens launched attack after attack. But they were holding firm as they looked to stay in the game.

The home side continued to battle and push their way forward when they did have possession – but the away defence was proving impregnable.

And as time ticked away Saracens added a third as Wyles touched down following good vision from Farrell.