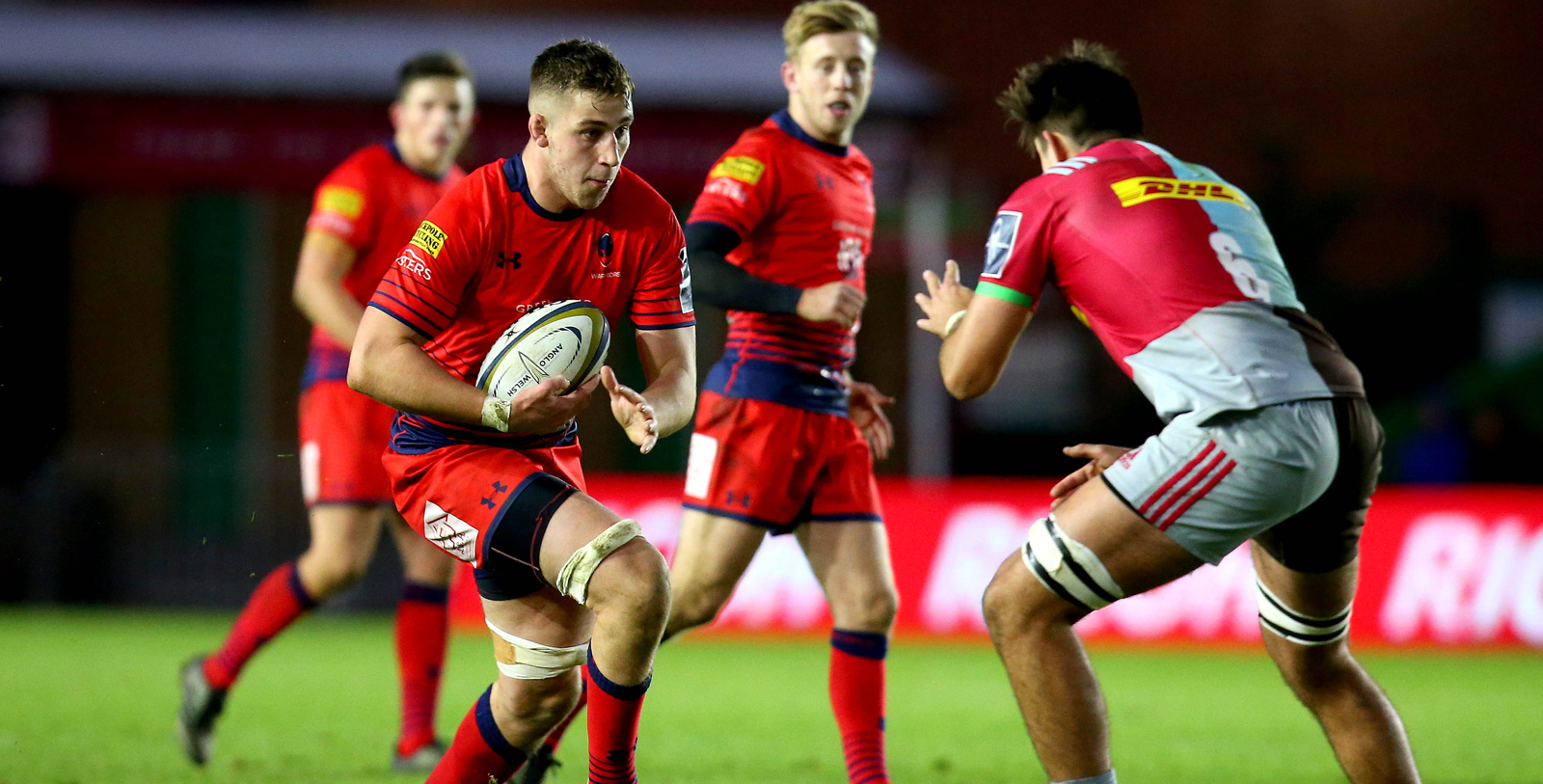 A brave young Warriors side ran in six tries but were edged 45-37 by Harlequins in an Anglo-Welsh Cup thriller at Twickenham Stoop on Sunday.

Dean Hammond opened the scoring before Tim Visser and Mat Luamanu replied for Harlequins and despite a sublime Max Stelling try, the hosts added two more before the break through Harry Sloan and James Chisholm following a yellow card for Worcester’s Simon Kerrod.

Warriors hit back early in the second period through the in-form Hammond but Dino Lamb and James Lang stretched Quins’ advantage before Ben Howard and Alofa Alofa exchanged scores.

In a game that was almost a carbon copy of the Premiership fixture just two weeks ago, Warriors had secured a try-bonus point but sensed a late losing-bonus point and possibly even a win, as Darren Barry went over and Hammond crossed for his hat-trick.

But Warriors couldn’t find another score in the dying moments as they missed out by a single point on picking up a second bonus point.

On a bright but chilly afternoon in south-west London it was Warriors who got off on the front foot as Alex Hearle on his first appearance of the season and Stelling made yards on the right before the visitors recycled the ball.

Loosehead prop Ryan Bower and debutant hooker Kurt Haupt then linked up with the latter giving an excellent offload to Hammond who beat two men to score and Sam Olver converted.

Warriors sniffed another after Huw Taylor won a turnover but the young backs were denied out wide as Quins shoved their opponents into touch.

The hosts bounced back soon after, despite Hammond’s tackle on Alofa, as the Quins backline recycled the ball and Scotland international Visser touched down out wide.

Warriors showed their sharpness at the breakdown once again to turn the ball over in their half and Andrew Durutalo broke up field giving the ball to Luke Baldwin and the scrum-half showed his ferocious pace to get ten metres from the tryline.

Quins were subsequently penalised for offside and Olver helped himself to an easy three points from the tee.

Warriors caused more problems when Stelling and captain Will Butler made yards down the left but Quins then enjoyed a good spell of possession and should’ve reduced arrears as Lang’s penalty fell wide of the sticks.

But they didn’t have to wait long as Warriors failed to grab a high ball and Luamanu soon powered through to touch down and Lang’s kick put Quins in the lead.

The end-to-end stuff continued and Olver’s delightful crossfield kick was brilliantly collected by the towering Howard and the full-back raced on to tee-up Stelling for a short run to the tryline.

Lang then had an opportunity to level the scores but saw another penalty drop wide of the upright.

Quins caused problems at the scrum time after time and referee Adam Jones decided enough was enough, sending Kerrod to the bin, which paved the way for two tries before the interval.

Sloan stretched over following some phase play and captain Chisholm added another from close range before the half-time whistle, as the hosts went in 26-15 up.

Warriors hit back after the break when Hammond finished off Howard’s break and Olver converted.

But Quins scored two more tries through replacement Lamb, who picked up a ball in behind the Worcester backline to power over, and then Lang spotted a gap to race straight under the posts.

Despite the hosts’ 16-point lead, Warriors picked themselves up to get a bonus-point try as the impressive Howard danced his way through before racing to the corner for Sam Vesty’s side’s fourth try.

Quins got their seventh try when Alofa went over from close range following some decent phase-play but Warriors’ never-say-die attitude saw them reply immediately following Taylor’s charge down and Barry crashed over.

With Charlie Piper in the sin-bin for Quins, Hammond showed how clinical he is as he completed his hat-trick out wide but Warriors couldn’t add a late score to pick up an extra point.

It was the second time in two visits in just two weeks that Warriors had scored six tries at The Stoop – but having ended up on the losing side both times.

Nonetheless, it was an impressive attacking display from a youthful Warriors who return to action next Saturday in the Aviva Premiership against Northampton Saints.