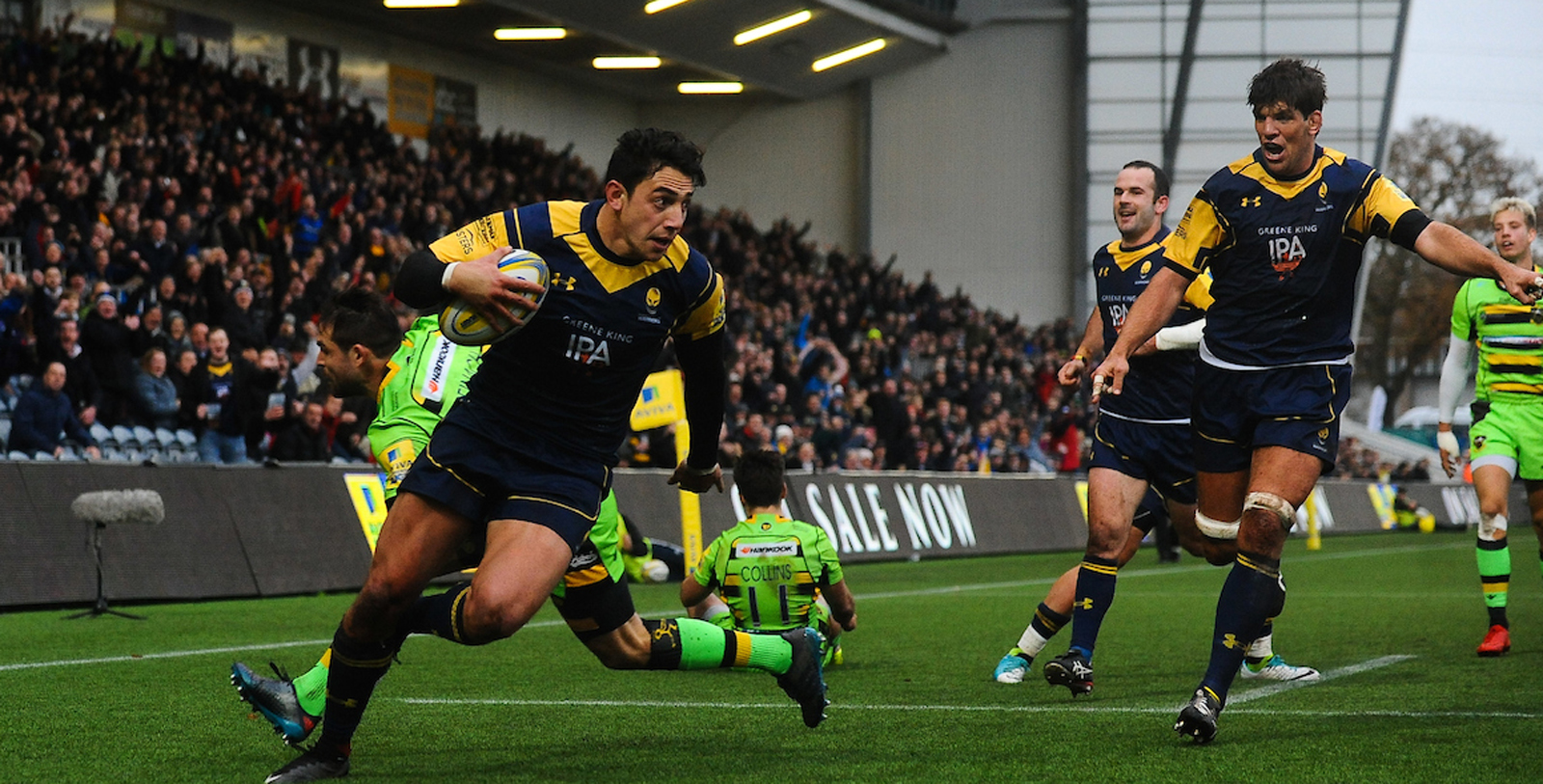 Warriors swept to their first Aviva Premiership victory of the season – and racked up four tries in the process – as they sensationally saw off 2014 champions Northampton Saints to move off the foot of the table.

Bryce Heem was the star of the show as he went over for a hat-trick against a Northampton side who couldn’t handle his pace and power.

After a slow start from the hosts Stephen Myler and Jono Lance exchanged penalties before Heem slid over in the corner for his first of the afternoon after 25 minutes.

The Kiwi then dotted down five minutes before the break as Warriors cruised to a 15-3 lead at the interval.

Warriors continued to dominate in the second period and Lance nudged them further ahead before Josh Adams touched down to give the hosts a 23-3 lead.

Northampton looked for a way back into the game and set-up a nervy finale as Ben Foden and Reece Marshall touched down.

But Warriors claimed the win in style as Heem powered over on the stroke of full-time to ensure all five points stayed in Worcester.

Northampton started well as they put the Warriors defence under pressure in the early exchanges and the visitors went ahead after six minutes through a Myler penalty.

Warriors were being forced into heroic defending as Saints searched for a way to the tryline and Sam Dickinson may have found a way through had it not been for a fine tackle from Heem after the Northampton captain had picked up a crossfield kick.

Ryan Mills got Warriors moving forward as he launched a huge kick forward after the hosts had turned the ball over – but Adams couldn’t quite beat Ken Pisi to the ball in the away 22 despite making up ground on his opponent.

Warriors looked dangerous during their first real attack of the game and Lance levelled the scores with his first penalty of the afternoon midway through the first-half.

Gary Gold’s men started to gain momentum and took the lead with the first try of the game after 25 minutes as Heem was teed up by Mills in the corner.

Warriors were on top and were given another boost when Northampton’s Rob Horne was sent to the sin-bin for a dangerous tackle ten minutes before the interval.

And the hosts made their one-man advantage count just before the break as Heem again dived over the line after the ball had been fizzed across the backline.

Lance converted as Warriors cruised to a well-earnt 15-3 lead at the break.

Warriors started the second-half well and nudged further ahead as Lance struck his second penalty of the afternoon.

And the hosts were in dreamland as they claimed a third try as Pennell sprinted down the left before offloading to Adams, who raced to the tryline to give his side a 20-point lead with half an hour remaining.

Northampton were in no mood to roll over and Foden went over in the corner minutes after coming on as a replacement as the visitors looked to launch a comeback.

Warriors were holding firm and continued to enjoy large spells of possession as they hunted down a bonus-point fourth try.

They pinned Jim Mallinder’s men back in their own half as they looked to cut their way through the away defence.

Northampton soaked up the pressure and then pushed for a late turnaround as they went over for their second try of the game courtesy of Marshall with four minutes remaining.

But it was in fact Warriors who went in search of a bonus-point fourth try as time ticked away.

And they eventually got it after the referee had consulted the TMO for what seemed like an eternity as Heem forced his way over for his hat-trick as Warriors secured an all-important victory.