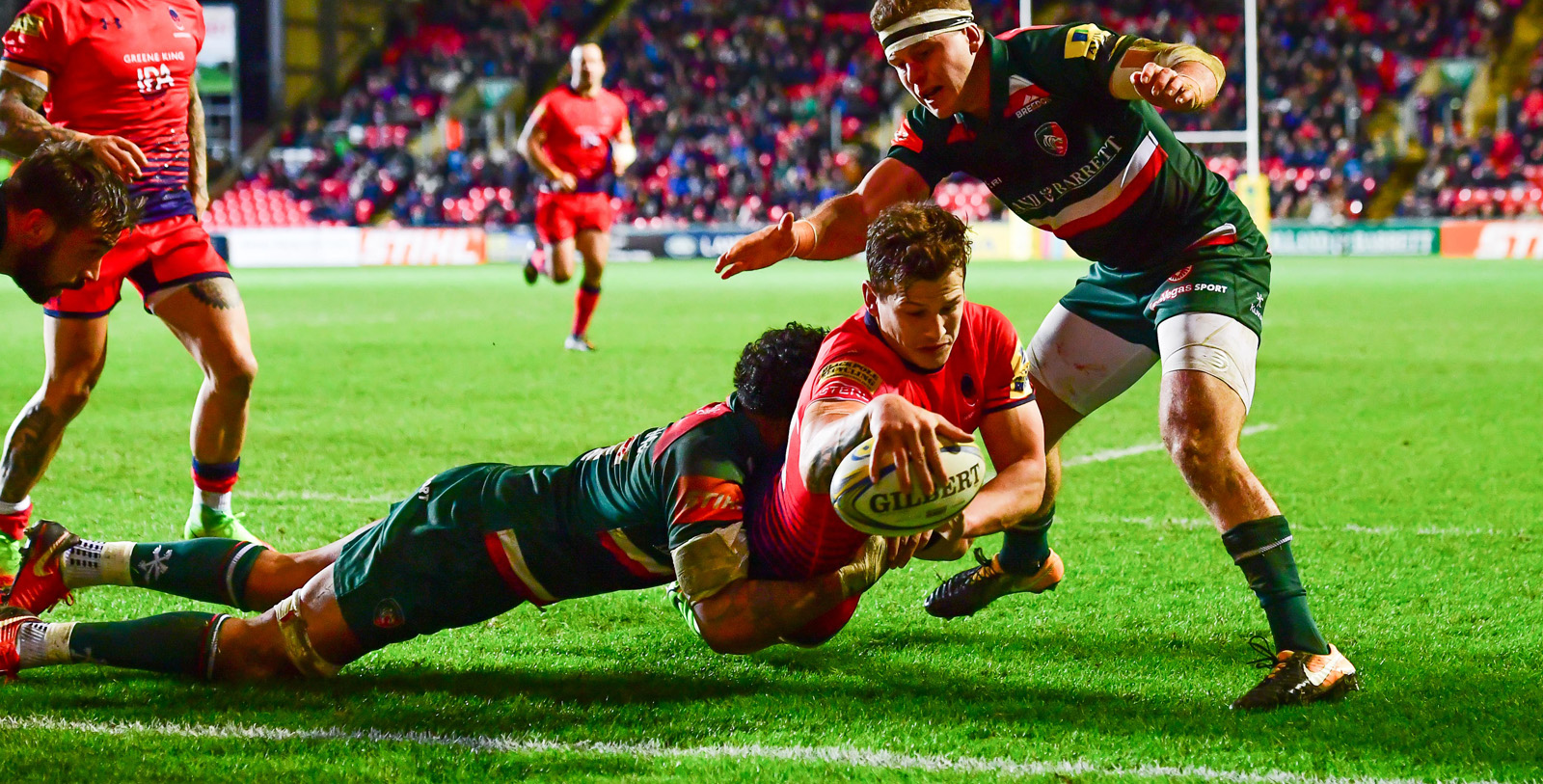 Worcester Warriors made history by winning for the first time ever at Welford Road as they beat Leicester Tigers 31-27 in a thrilling Aviva Premiership contest on Saturday.

It was Warriors’ first away win of the season and their first in the league since March 2016 as they moved further away from the league’s drop zone with a try-bonus-point win.

Early scores for Alafoti Faosiliva and Josh Adams set them on their way before Mike Fitzgerald pulled one back for Tigers.

But a tremendous second try for Adams saw Warriors move into a 19-10 lead before Sam Harrison bundled over before the interval to leave Leicester within two.

Warriors got their try-bonus point in the second period as Jack Singleton finished off a sublime run from Bryce Heem but Tigers mauled their way back into the contest thanks to a Joe Ford penalty.

A Ryan Mills try seemed to have sealed the win for Warriors but a late score for Gareth Owen meant an intense finish as Leicester looked to steal the win.

But Warriors held on to make history and cue the celebrations as the men in red and the travelling support had a day to remember, in what was the first win at Welford Road in 122 years.

Warriors enjoyed the possession and territory in the early exchanges and managed to win a five-metre lineout when Heem’s grubber kick was forced to be carried into touch by Tigers skipper Harrison.

And from the resulting lineout Faosiliva finished off a powerful driving maul to open the scoring.

Straight from the restart Warriors were asking questions again as Adams raced forward and after the ball was recycled, Mills’ kick through was grabbed by the Welsh winger who crossed for their second.

Pennell then converted to open up a 12-0 lead as the visitors silenced the home crowd.

But the hosts got back into the game when Fitzgerald stepped inside to score out wide after a number of phases from Tigers put the Warriors defence under immense pressure.

Ford converted and soon landed a penalty after Warriors infringed at the lineout as the hosts came to within two.

Warriors then sensed a third try after they asked questions close to the line as replacement David Denton and Adams carried closer, but a forward pass denied them just a few metres from the whitewash.

And just before half-time the visitors were punished when a Tigers penalty was kicked to the corner and the resulting play saw Harrison dot down from close range.

Ford’s conversion brought Tigers to within two at the interval to end a fascinating half of rugby.

Warriors started the second-half as they did the first and pierced the Leicester defence before a knock-on in the 22 ended a great chance of a fourth try.

But they soon got the try-bonus point after a menacing run from Heem saw him get 30 metres before finding Pennell and Faosiliva in support, and Singleton was on hand to finish off.

Pennell added the extras to extend Worcester’s lead to nine but Tigers were right back at them, only for mistakes in the final third of the field denying the hosts.

However those mistakes were a credit to Warriors’ defence and none more so than Pennell, whose smashing challenge on Telusa Veainu denied the hosts a certain try at a crucial point in the game.

But after relentless pressure, Warriors’ Nick Schonert was sent to the bin and Ford added a penalty to bring the hosts within six.

The 14-men Warriors held the fort in defence and when Lance pounced off the back of a lineout into a gap, Gary Gold’s men recycled and patiently made their way towards the line.

Jackson Willison came a whisker away from dotting the ball down but Mills spun his way over as Warriors sensed a memorable win.

Pennell’s kick came back off the post and with Schonert returning to the fray, Warriors must have felt they were almost home.

But Leicester fought to the death and after a barrage of pressure, Owen went through a gap and Ford’s conversion had Leicester within four points – with just 70 seconds left on the clock.

With fingernails being chewed to the nubs, Leicester won a penalty and kicked to the corner but the outstanding resilience of the Worcester defence showed, as they forced Leicester wide and into touch, as Warriors held on for a remarkable win.