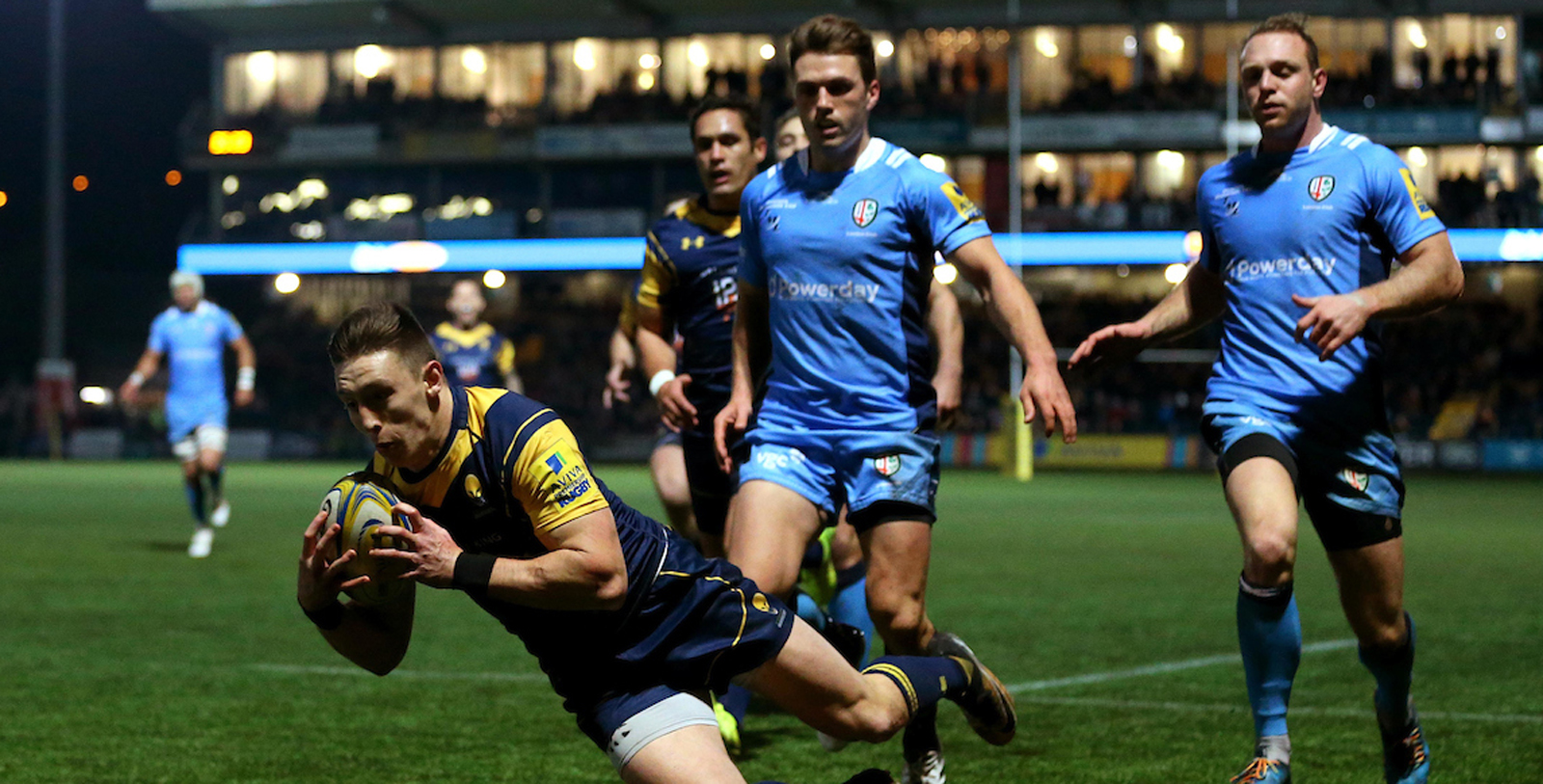 Warriors claimed an emphatic 23-8 victory over London Irish as they cruised to their third Aviva Premiership victory of the season and moved ten points clear of the foot of the table.

The hosts raced to a 10-0 lead just after the midway point of the first-half as Josh Adams raced onto Ryan Mills’ kick to go over in the corner before Chris Pennell added five points with the boot.

Irish got off the mark through a Greig Tonks penalty before Alex Lewington showed his class with a solo effort three minutes before the break.

But Adams matched his opposite number with a solo effort of his own moments later as Warriors took a 17-8 lead into the break.

The hosts dominated the second period as Pennell added another two penalties as Warriors nudged further ahead and there was no way back for Irish as they couldn’t penetrate the home defence for a second time as Warriors secured a comfortable win.

Warriors started well and went ahead after five minutes as Mills kicked towards the tryline, before Adams won the footrace to gather and dive over for the opening try of the night.

Pennell converted from just inside the touchline as the hosts cruised to an early seven-point lead.

The first-half was a cagey affair as the significance of the match took hold and Warriors were forced to defend for periods as Irish looked for a way to the tryline. But the Warriors defence were galvanised as they kept the visitors at bay.

Pennell nudged his side further ahead with a penalty midway through the opening period before Irish finally got on the board six minutes before the interval as Greig Tonks kicked a routine penalty.

The first-half had been slow but it suddenly burst to life three minutes before the interval as Lewington stunned the home crowd with a sensational solo effort.

The London Irish winger ran round a host of Warriors players before kicking towards the tryline and beating Adams to the ball to touch down and reduce his side’s deficit to two points.

But there was barely time for either side to catch their breath before Warriors grabbed their second try of the evening to ensure they would take a healthy lead into the break.

This time it was Adams who produced a scintillating solo effort as he weaved in and out of several Irish defenders before forcing his way over the line for his second try of the night to give Warriors a 17-8 lead at the halfway point.

Warriors started to enjoy the lion’s share of possession after the break and heaped the pressure on the visitors as they looked to stretch their lead. The backline moved the ball across the pitch as they tried to cut open the Irish defence.

Pennell was enjoying an excellent night from the kicking tee and increased his side’s advantage to 15 points as he struck two penalties in quick succession to put Warriors 23-8 ahead.

Irish searched for a way back into the game but lacked the accuracy to trouble a well-organised defence.

Warriors soaked up the pressure and hung on to claim a valuable win underneath the Friday night lights.