Warriors have completed the signing of lock Anton Bresler from Edinburgh Rugby with immediate effect.

The Namibian-born second row formerly played for the Sharks in South Africa from 2011 to 2014 where he made 42 Super Rugby appearances and 44 matches in the Currie Cup.

Bresler then moved to Scotland in 2014 where he has since made 61 appearances for Edinburgh, helping them to the European Challenge Cup final in 2015.

Standing at 6ft 6ins, the giant 29-year-old joins up with his new teammates this week to provide competition for places in the second row.

Bresler said: “I’m genuinely excited at the prospect of playing Aviva Premiership rugby and can’t wait to get out on the field to show what I can do.

“Having played alongside Nick Schonert before, he told me about how great the atmosphere and facilities were at Sixways and that helped me make my decision in making the move.”

Warriors Director of Rugby Alan Solomons added: “Anton is a big powerful unit who will add physicality and experience to the pack.

“Having worked with him at Edinburgh, Anton is a great character and a team man who will fit in very well at Sixways.” 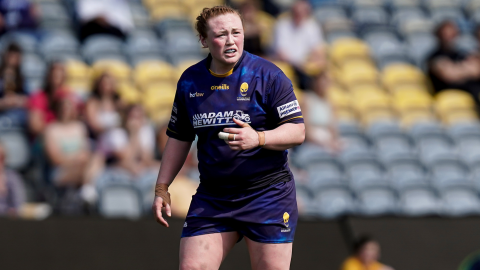