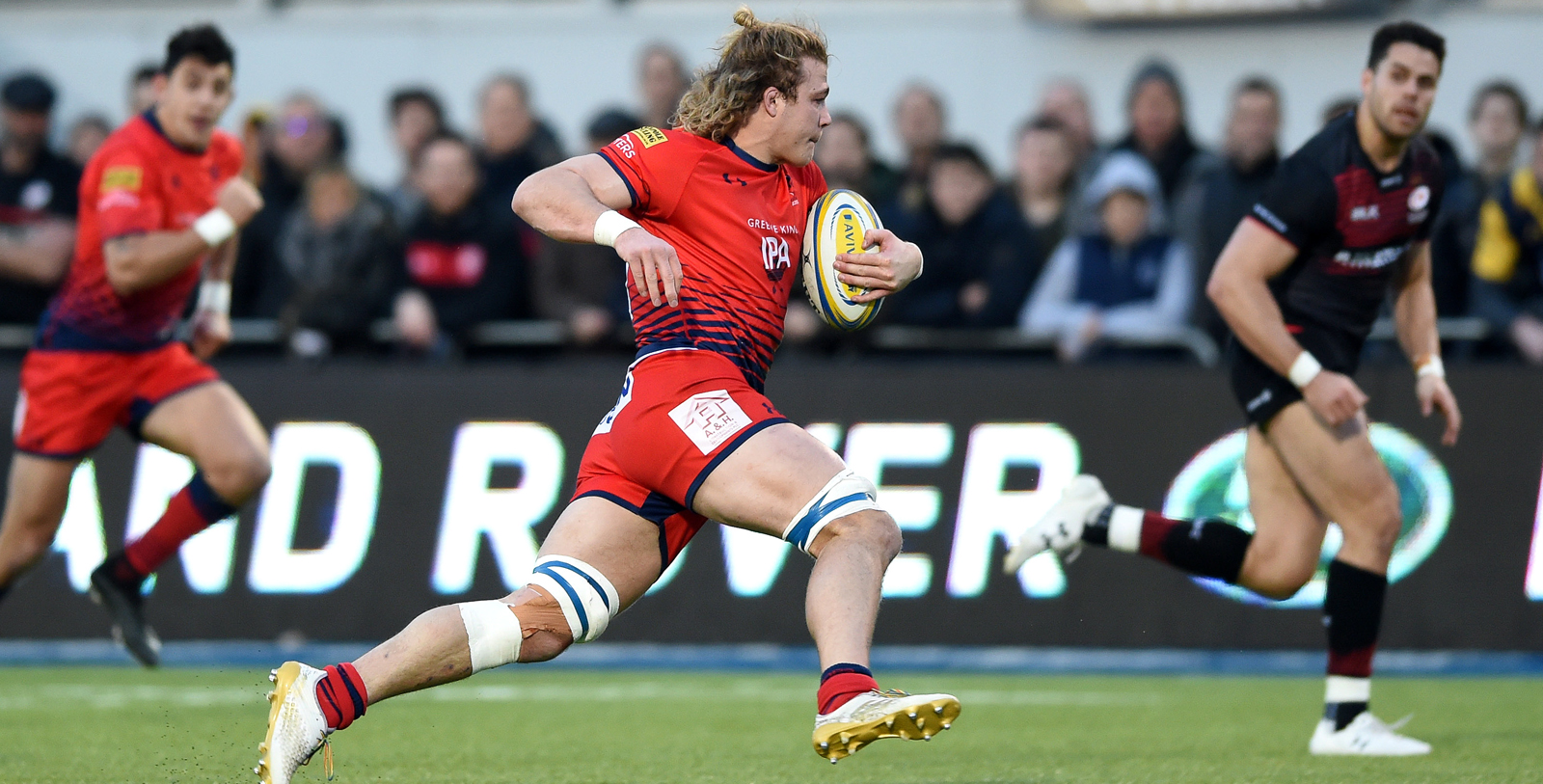 Warriors earned a hard-fought try-bonus point at Allianz Park but couldn’t stop European champions Saracens from winning 46-31 in Round 12 of the Aviva Premiership.

The visitors got off to the perfect start when Josh Adams collected Chris Pennell’s kick through to score but Saracens battled back with tries for Ben Spencer and Sean Maitland.

The boot of Owen Farrell saw the hosts slot all of their first-half kicks as they led 17-10 but Sam Lewis went over on the stroke of half-time and Pennell’s conversion levelled proceedings.

There was a sense of optimism in the air but Saracens unloaded their strong bench to run away with the contest in the second period, with a brace apiece for Jackson Wray and Nathan Earle but Warriors battled to the death.

David Denton finished off after an Alafoti Faosiliva break for the visitors’ third score and with a last chance of the game, Jamie Shillcock beat his man to cross the whitewash as Alan Solomons’ side picked up an impressive bonus point.

With frontline players such as Nick Schonert, Will Spencer and Jono Lance all missing through injury, it provided opportunities for some of Warriors’ younger stars to put their hands up and they certainly did so in the first period.

Warriors asked the questions early on after powering into the 22 and after a spell of pressure, Ryan Mills sent Pennell racing away and his kick in behind bobbled before sitting up for Adams who gratefully collected to dive over.

Sarries then responded with their first visit to the 22 as Spencer dived over from close range after the hosts piled on the pressure and Farrell’s conversion levelled the scores.

The hosts looked set for a second when Michael Rhodes powered for the line but he couldn’t find a man to offload to and Saracens soon had the ball pinched as the chance went begging.

Warriors then won a penalty by the 22 allowing Pennell a shot at goal but the full-back’s kick drifted wide in the wind.

The visitors were back in the 22 once again after winning another penalty but couldn’t make their territorial advantage count which proved costly as Saracens soon raced up the other end with Earle.

Bryce Heem made a massive tackle on his opposite number, as he did with every Saracen that ran at him, but he could only prevent them for a short period as they soon swept it wide to Maitland to score.

Farrell added the extras once again and slotted a penalty shortly after as the hosts marched Warriors back following a high ball to the 22.

But Warriors remained in the contest with a Pennell penalty after Sarries were pinged in front of the posts, off the back of Heem sprinting up to the man from the restart.

Sam Olver and Denton then linked up superbly as the latter raced for the line but Warriors weren’t able to make the pressure count as they were pinged in front of the posts for holding on.

Pennell then attempted an ambitious kick from near halfway which fell well short, but Warriors soon won back possession and got their second try.

Patient play by halfway soon saw the immensely powerful Heem shake off men before bulldozing his way into the 22, and Warriors recycled before Mills dummied a kick and sent Lewis through to the line.

Pennell converted in the wind to send the sides in level at the break.

Both outfits played the kicking game early in the second period as they looked to gain important field position and Saracens had the first chance to get points only for Farrell’s long-range kick to fall wide.

Just a couple of minutes later Ethan Waller made a try-saving tackle on Vincent Koch but the visitors were soon pinged in front of the posts and this time Farrell couldn’t miss.

The hosts began to put their foot down and after a penalty kicked to the corner, the forwards charged for the line and Wray was able to cross for their third try.

Saracens continued to stress Warriors and went over for their bonus-point score when Wray powered over from close range, but Worcester bounced back immediately after Faosiliva’s strong run opened up the hosts and Denton walked in after the ball was recycled.

As Warriors searched for a fourth try and with two points still up for grabs, it was the hosts who got the next score to put the game to bed, as Earle touched down after Saracens flung it wide.

More relentless pressure in the 22 saw Earle dot down in the corner for his second as the hosts added some gloss to the scoreline but Warriors’ never-say-die attitude shone through again at the death.

Knowing a fourth try would secure a bonus point, they threw the kitchen sink at the European champions in the dying minutes and got their just reward for a brave display when replacement Shillcock finished superbly, holding off his man to touch down with the last play.

Warriors head back to Sixways next Friday night as they take on Bath Rugby in their annual Acorns Charity Matchday (kick-off 7.45pm).