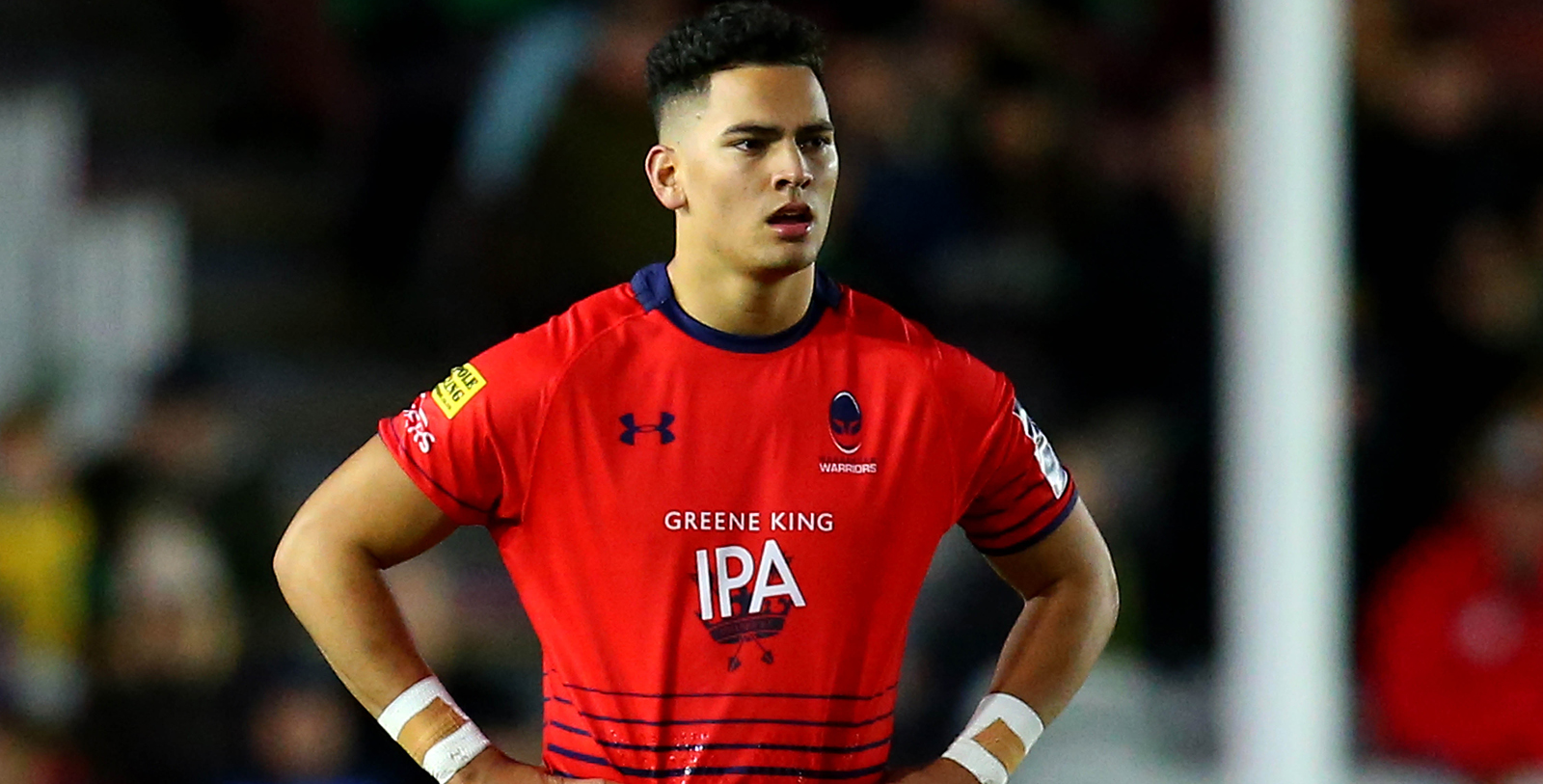 Worcester Cavaliers ended the year with a 39-12 defeat at the hands of Northampton Wanderers in the Premiership Rugby A League at Franklin’s Gardens.

Cavaliers got the first try of the game when Jamie Shillcock’s pinpoint kick fell into the hands of Ben Howard to score but first-half yellow cards for Anton Bresler and Biyi Alo saw Worcester concede 14 points when down to 13 men, as Tom Stephenson and Reece Marshall crossed the whitewash.

Ted Hill got the young Warriors back in the game just before half-time but the visitors didn’t take their chances in the second-half, and were duly punished as Northampton ran in three more tries courtesy of Nafi Tuitavake, Ben Nutley and Mitch Eadie to complete the win – which meant an unbeaten 2017 for the hosts.

Worcester looked to put the pressure on from the start after winning a penalty which was kicked to the corner, but Wanderers stole it and burst up field through Lewis Ludlam.

The hosts soon pressed for the whitewash as Juan Pablo Estelles was halted by Howard and Tom Howe before they switched it to the other side and Ludlam and his colleagues were forced into touch to deny them the first try of the day.

But the hosts soon got the first points on the board as James Grayson kicked over a straightforward penalty.

Northampton soon pressed for the tryline once again but Dean Hammond intercepted in the 22 and galloped over halfway before Max Stelling, Matti Williams and Howe took Cavaliers to within five metres of the whitewash.

Shillcock then produced an inch-perfect crossfield kick for Howard to dot down in the corner as the visitors took the lead.

But Worcester were left in a spot of bother after Bresler was yellow-carded for a tackle off the ball which allowed Grayson to add a penalty.

And things got worse when Alo was sin-binned for not retreating ten yards following a penalty which paved the way for two tries as Stephenson went over from close range and then Marshall wheeled off the scrum under the posts.

Whilst Worcester were down to 13 they shipped 14 points which swung the game in Northampton’s favour – and they thought they’d reduced the deficit when Hill danced through the middle and stepped the last man to score under the posts.

However, the referee spotted a forward pass in the build-up and so the try didn’t stand.

But the 18-year-old got his try shortly after when he bashed through off the back of a five-metre scrum and Shillcock converted to leave Worcester within eight at the break.

The hosts got the first points of the second-half as Marshall’s break saw him make 60 metres and Grayson then produced a crossfield kick into the hands of Tuitavake who dotted the ball down.

Warriors flanker Matt Cox came off the bench to make his comeback following a lengthy bicep injury and was a real nuisance for the hosts at the breakdown, but he couldn’t stop Northampton getting their bonus-point try when Nutley dived over after heavy pressure in the 22.

Gordon Ross emptied the bench as Cavaliers searched for a way back into the game but it was a case of not converting pressure and field position into points and they were made to pay when Eadie paced through a gap for the hosts’ fifth try.

The young Worcester side gave their all at the death to try and finish on a high but a knock-on just short of the line just about summed up their day.

Their next fixture isn’t until Monday 19 March away at Sale Jets.