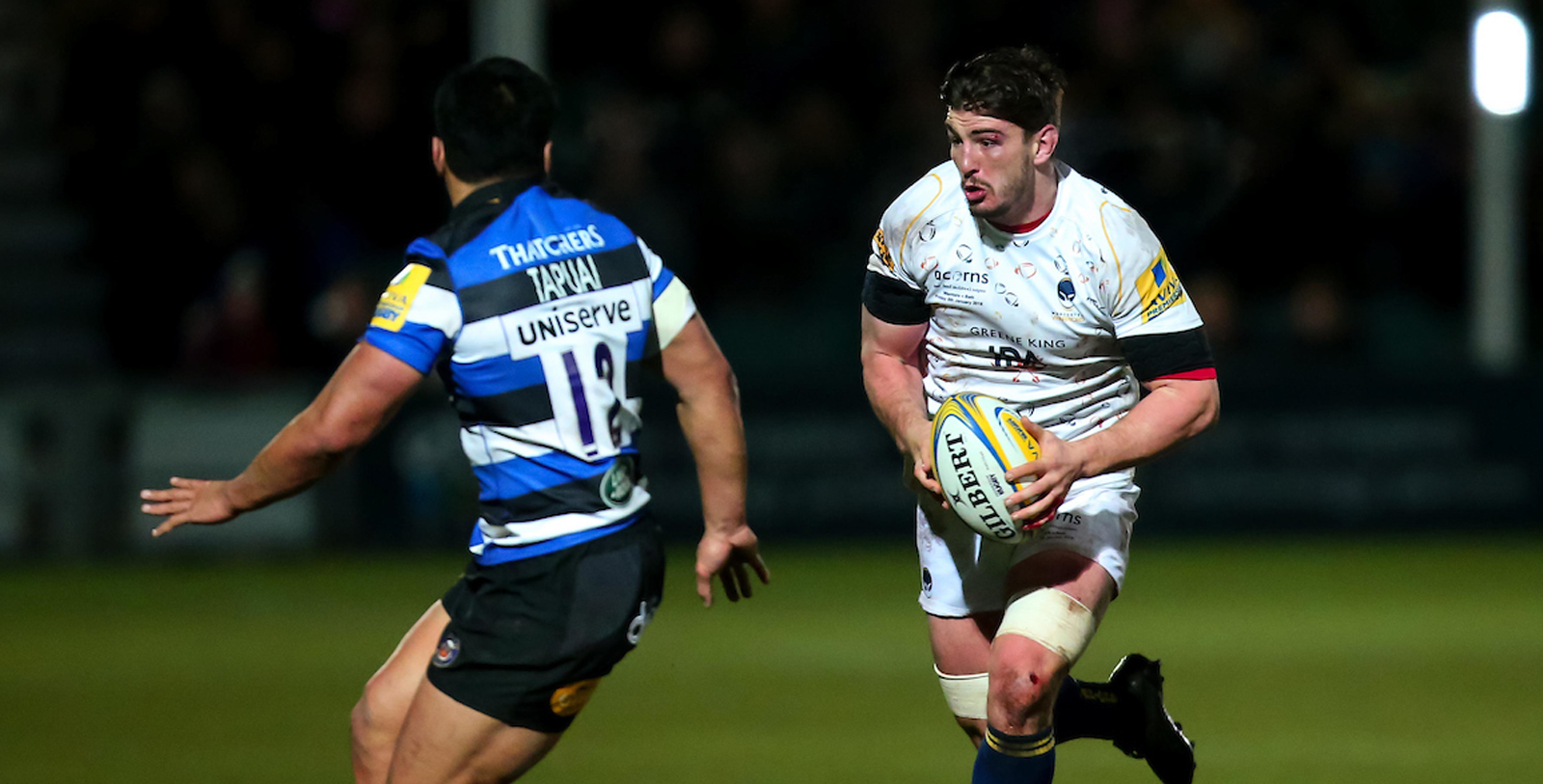 Warriors started 2018 with a heavy defeat to Bath Rugby on a bitterly cold night at Sixways.

The hosts struggled to reach the levels they had become accustomed to recently as Bath dominated for much of the game, racking up six tries to Warriors’ three.

In a nervy first-half Rhys Priestland kicked two early penalties to put the visitors in the driving seat, before Chris Pennell got Warriors off the mark with three points of his own.

Paul Grant went over for the only try of the opening period as Bath secured a 13-6 lead at the break.

The game came to life in the second-half and the tries came thick and fast as Matt Garvey dotted down for the visitors before Anthony Watson raced away for Bath’s third try of the night to effectively kill the game off.

David Denton ensured Warriors at least put up a fight as his try and Pennell’s conversion reduced the hosts’ deficit to 27-13.

But Bath’s James Phillips powered over before replacement Kahn Fotuali’i charged down a kick to put the away side 41-13 ahead.

Joe Taufete’e added a second try for Warriors before Fotuali’i claimed his second and Bath’s sixth of the night.

Warriors replacement Perry Humphreys gave the home side faint hopes of a try bonus point when he went over in the corner with one minute to play, but there wasn’t enough time to muster another chance as Warriors started the year with a defeat.

Warriors Director of Rugby Alan Solomons made one change to the side which claimed a try-bonus point against Saracens last time out as Will Spencer came back into the second row.

Bath started strongly as they looked to gain an early advantage, and they opened the scoring courtesy of a Priestland penalty inside the first ten minutes.

Priestland soon added his second penalty of the evening before Warriors started to find a way into the game with a good spell of possession in the Bath half.

Pennell was off-target with two tricky penalty attempts before he finally landed a third effort to reduce Bath’s lead to three points with just over ten minutes of the first-half remaining.

But Bath came at Warriors again and went over for the first try of the night as Grant found a gap in the home defence before diving over the line. Priestland converted to give the visitors a 13-3 lead.

Despite going further behind, Warriors played better rugby as the half progressed and Josh Adams got the crowd going as he raced through a melee of defenders to set-up a Warriors attack.

The hosts crept towards the tryline as the clock ticked past the 40-minute mark, but had to settle for three points as the first-half came to an end as Pennell added his second penalty of the evening.

Bath started strongly in the second period and stretched their lead when Garvey broke through the home defence. Adams had appeared to tackle the Bath captain, but Garvey got back to his feet dive over the tryline.

Warriors had another spell of possession at the other end of the pitch as they stacked the pressure on Bath deep inside the away 22.

But the hosts just could not find a way through Bath’s defence. And they were punished 13 minutes into the second period as Chris Cook raced up the left and teed up Watson to cruise over the line. Priestland converted as Bath went 21 points ahead.

Warriors refused to roll over and found an immediate response as Denton finished from close range after good work from the forward pack.

But Todd Blackadder’s men killed the game off as Phillips bullied his way to the tryline to give Bath a try-bonus point.

And the night went from bad to worse for Warriors as Fotuali’i charged down Jamie Shillcock’s clearance and touched down for Bath’s fifth try as the visitors stormed into a 41-13 point lead.

The hosts kept battling and went over for a second try courtesy of giant USA international Taufete’e, who finished from close range with eight minutes to play.

But Bath scored their sixth try of the night as replacement James Wilson played an audacious pass as he was being bundled into touch. Fotuali’i got on the end of the pass and dived over before Humphreys scored a third for Warriors at the death.