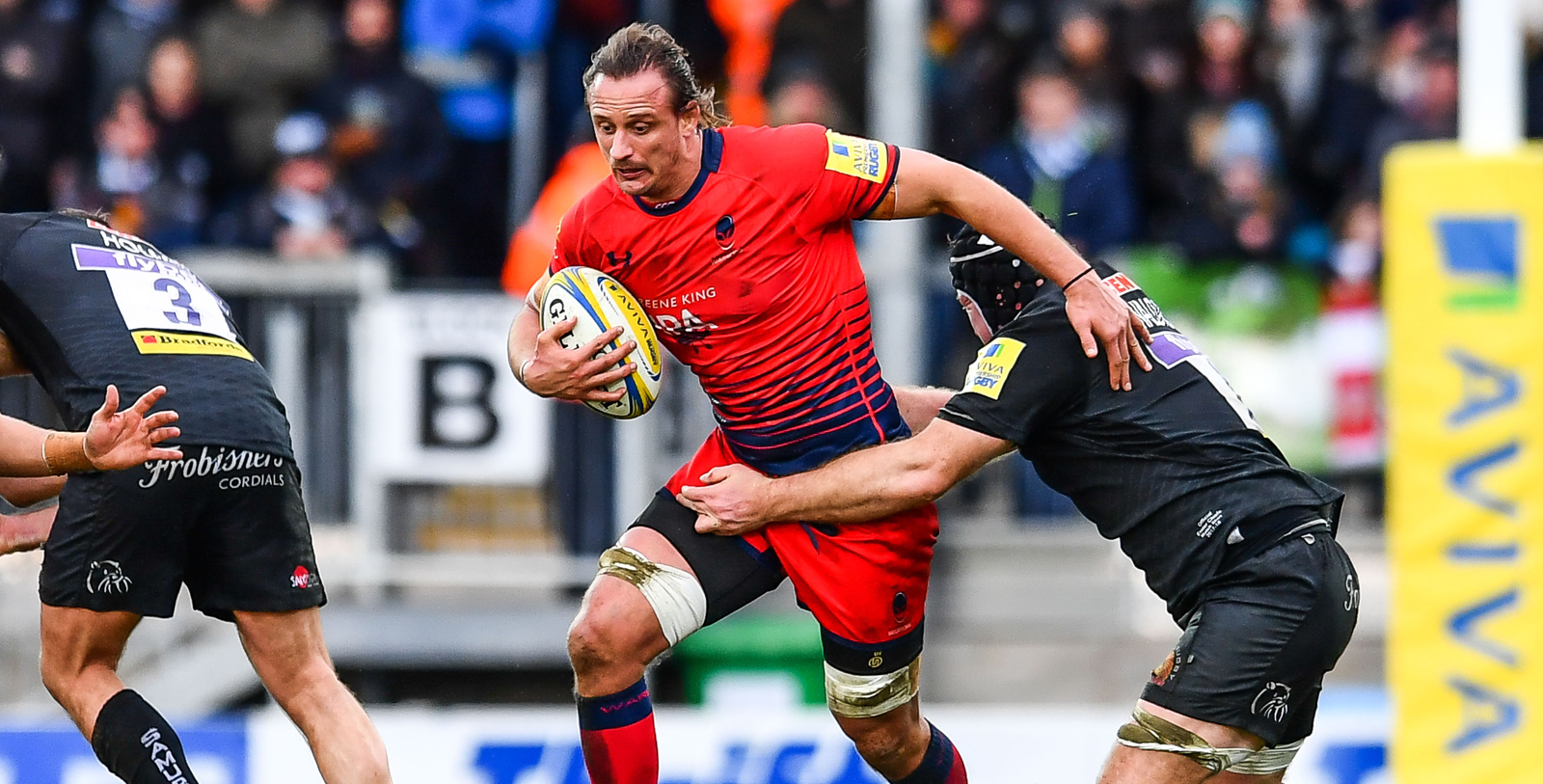 Warriors secured a historic first-ever win at Sandy Park as they beat reigning champions Exeter Chiefs 6-5 on Saturday afternoon in the Aviva Premiership.

Alan Solomons’ side led 6-0 at the interval after a solid display in the first period which included two penalties from the boot of Chris Pennell, before Mitch Lees’ second-half try set up a tense finale.

But in a monumental effort by Warriors, they fought till the death to secure one of the finest wins in the Club’s history to earn four valuable points – and became the first side to beat Exeter in the Premiership at Sandy Park since October 2016.

The visitors enjoyed some early pressure in the match as they got into the Chiefs 22 on a couple of occasions but they were unable to make any real inroads as the majority of play took place in the middle of the pitch.

The first points of the game didn’t come until the 21st minute as Chiefs were pinged at the breakdown and Pennell stepped up to land a penalty from 45 metres.

And he was in the action soon again after Warriors pinched the ball back, as he raced into space, but even with the support of Jackson Willison, they didn’t quite have the legs to reach the tryline and Exeter tracked back to recover.

Chiefs finally managed to get into the Warriors 22 just after half an hour and despite Olly Woodburn causing problems down the left, Bryce Heem was strong in defence to deny him twice before Warriors turned the ball over to relieve the danger.

But it was Warriors who ended the half on a high as Pennell nailed a 40-metre penalty to make it 6-0 at the break.

Francois Hougaard broke for the line soon after the interval before Darren Barry was brought down just short as the visitors heaped on the pressure.

But when play was brought back for a penalty, Pennell missed the kick into the wind.

Warriors were nearly punished for their missed opportunity shortly after as Thomas Waldrom ran a fabulous line before being brought down by Pennell and Sam Lewis just short, and in a frantic passage of play, the visitors almost broke up the other end with Heem.

However, the hosts finally got their try when kicking a penalty to the corner, and the pack mauled their way close for Lees to squeeze over, but Steenson’s conversion in the wind hit the post.

Warriors didn’t lie back and had further chances when in Exeter’s 22 but couldn’t convert pressure into points as the game sat on a knife’s edge.

Ryan Mills tried a drop-goal with 15 minutes to go which sailed wide but his and Jamie Shillcock’s kicking continued to keep the hosts stuck in their 22 for much of the final quarter as Solomons’ side heaped on the pressure.

Exeter did have a couple more opportunities when five metres out but once again, Warriors’ determination proved crucial as they turned the ball over or forced mistakes at vital times to win back possession.

Jonny Hill dropped the ball out wide as Exeter looked to exploit space down the left with just seven minutes to go before a nail-biting finale but every Warrior put their body on the line at the death to keep Exeter out as Worcester held on for a famous win.